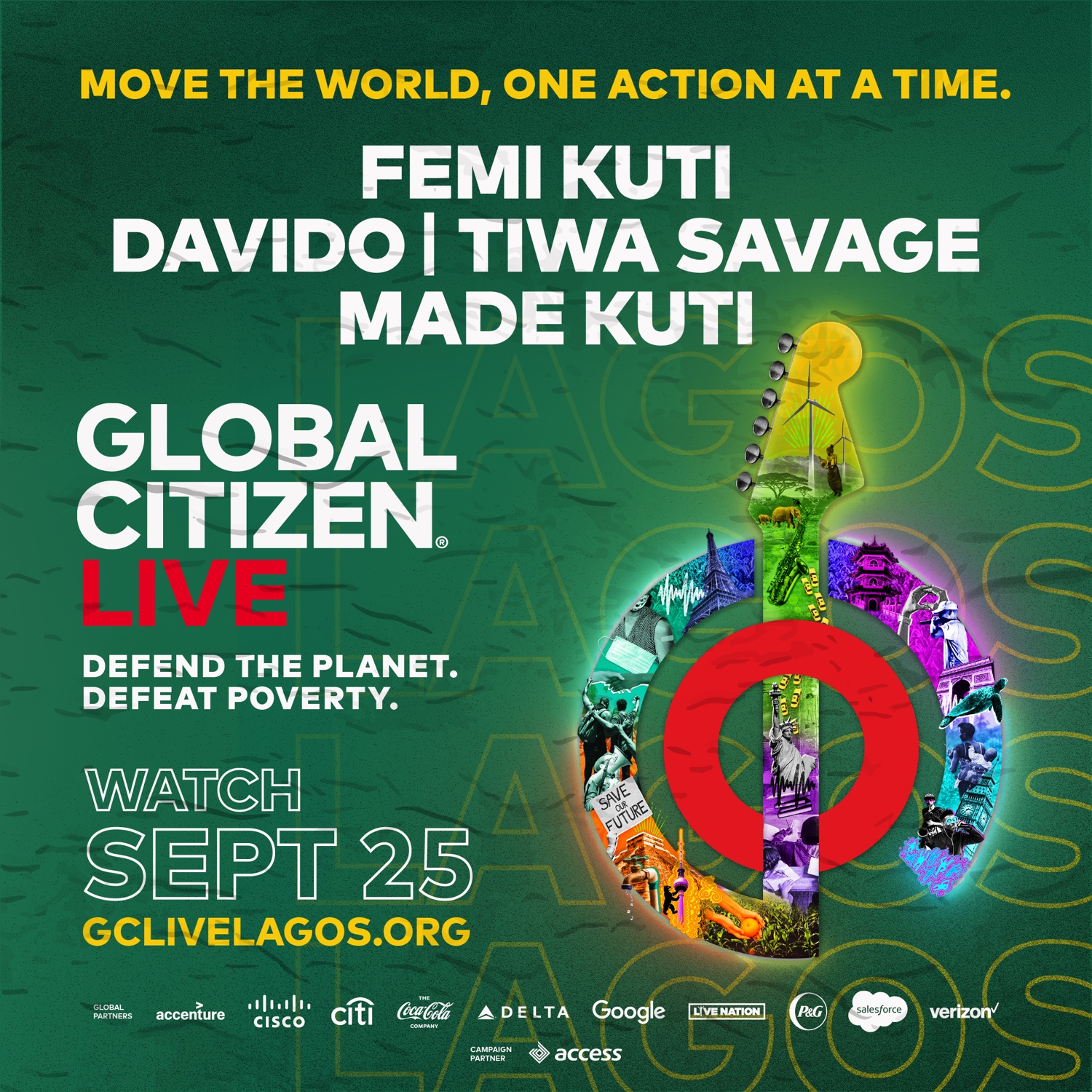 International advocacy organization, Global Citizen, has revealed many of the artists set to perform at Global Citizen Live events in Lagos, Nigeria as well as festivals in Paris, France and New York City, USA on September 25.

Across six continents, artists will help rally citizens in demanding that governments, major
corporations, and philanthropists work together to defeat poverty and defend the planet by
focusing on the most urgent, interrelated threats hitting those in poverty the hardest – climate change, vaccine equity, and famine.

In Lagos, Global Citizen is working with the Lagos State Government to create a limited-
capacity event in celebration of Nigerians working on the frontline in the fight against the
COVID-19 pandemic. The show will be filmed in advance with a fully vaccinated audience.

These events, with more to be announced later in August, are components of a once-in-a-
generation, 24-hour worldwide event on September 25. Broadcast and streaming partners include ABC, ABC News Live, BBC, FX, iHeartRadio, Hulu, YouTube, TIME, Twitter, and more (air dates and times to come).

Global Citizen Live will call on leaders to deliver by September: 1 billion trees planted and
preserved to help prevent global temperatures from rising beyond 1.5ºC above pre industrial levels by curbing emissions and supporting 1t.org; 1 billion vaccines to the poorest countries; meals for the 41 million people on the brink of famine.