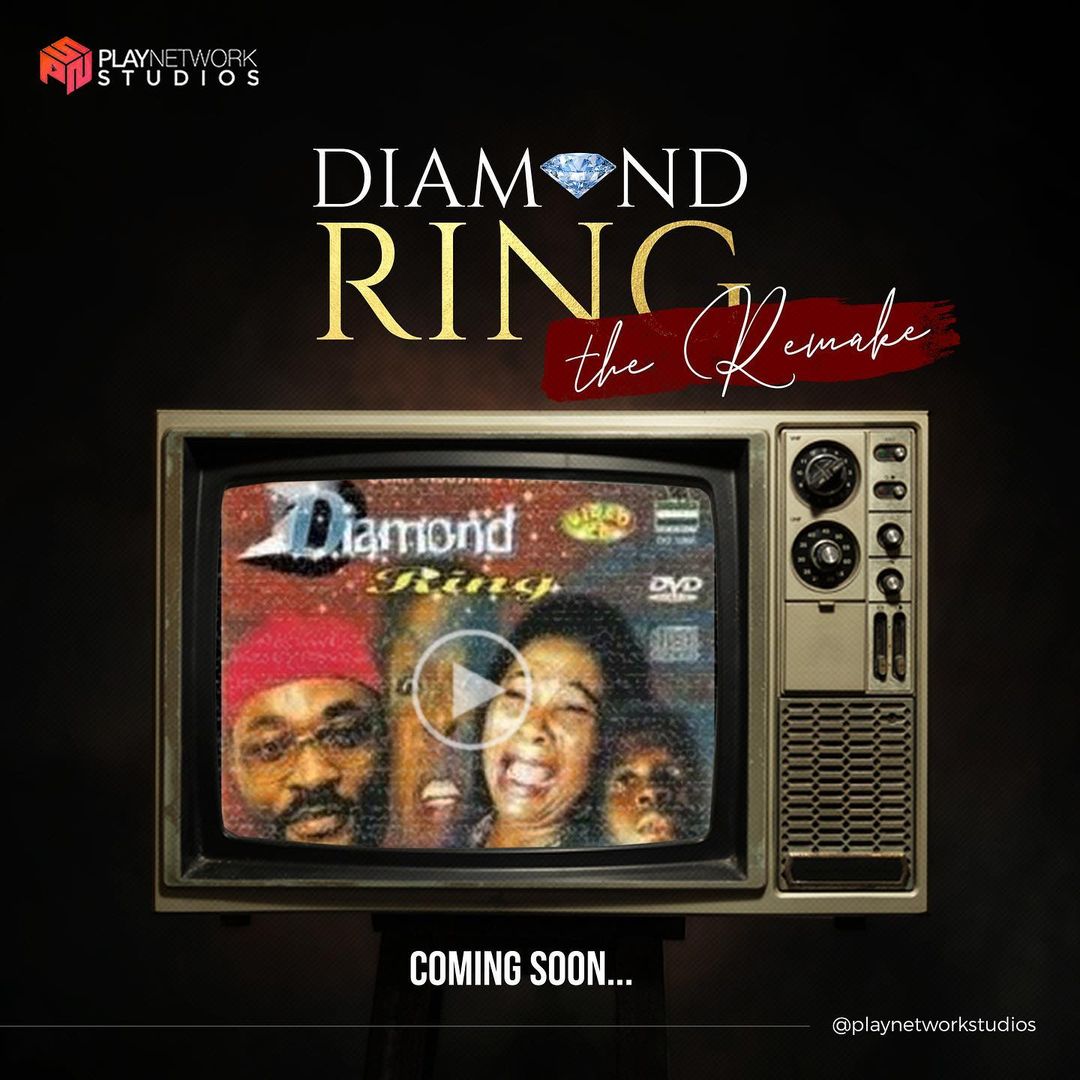 If you loved the 1996 Nollywood classic movie “Diamond Ring”, we’ve got great news for you!

Play Network Studios, the brain behind classic sequels like “Living In Bondage: Breaking Free,” “Rattlesnake: The Ahanna Story“, “Nneka The Pretty Serpent,” the forthcoming “Glamour Girls“, and “Osuofia Goes To Miami,” has acquired the intellectual property rights to remake another Nollywood classic.

Charles Okpaleke, the CEO of Play Network Africa revealed on Instagram that unlike previous movies from the “Play Network Nostalgic collection,” this will be a remake and not a sequel. And it may be the last.

We’ve just acquired the intellectual property rights to this Nollywood classic “Diamond Ring”. This would be a Remake and not a Sequel. This might probably be the last movie under the “Play Network Nostalgic collection”. Coming soon to your screens!! @playnetworkstudios

It follows the story of a young, spoiled child, Chidi, who is sent prematurely to the university by his cloying parents and is soon cajoled into joining a notorious gang on campus. He consequently gets involved as a perpetrator in the theft of a mortuary, with macabre repercussions.

Yet to see “Diamond Ring” or do you just want to brush up your memory before the remake arrives? Watch it right here.

And if you need a reminder that Play Network Studios is great with Nollywood classics, see the award-winning “Living In Bondage: Breaking Free,” “Rattlesnake: The Ahanna Story”, and “Nneka The Pretty Serpent” on Netflix.