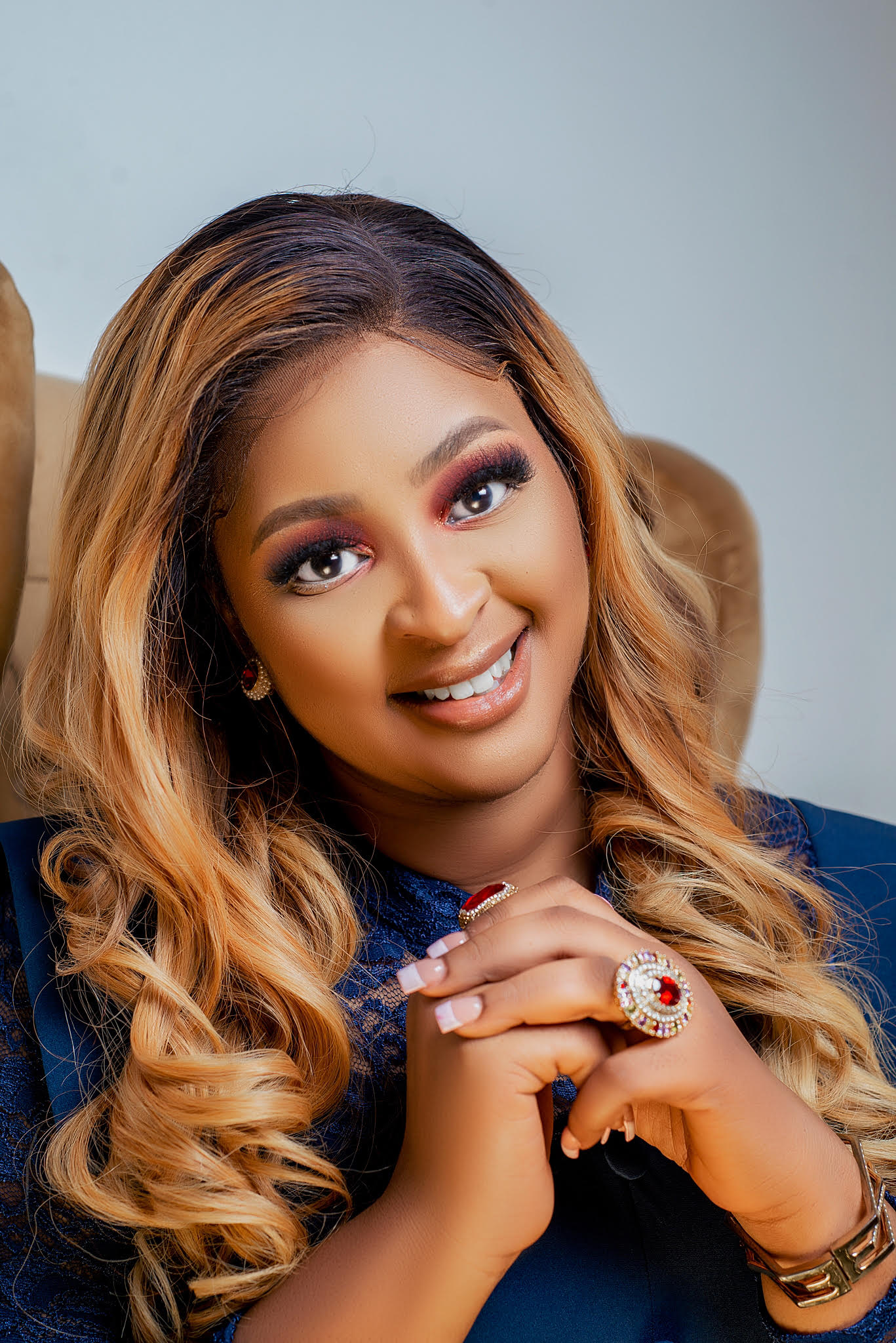 Nollywood actress, Etinosa Idemudia has added to the feathers of her achievements as she bags multiple nominations at the Hollywood and African Prestigious Awards (HAPAwards).

HAPAwards, an initiative of “I Dream 4” all foundation is a United States of America award that recognizes outstanding individuals, whose lives have been marked by extraordinary personal and professional accomplishments.

The 5th annual edition of HAPAwards tagged ‘Collaboration for Global Development, Peace and Prosperity’ is set to take place at the Orpheum Theatre from October 22nd to 24th in Los Angeles, California, USA. 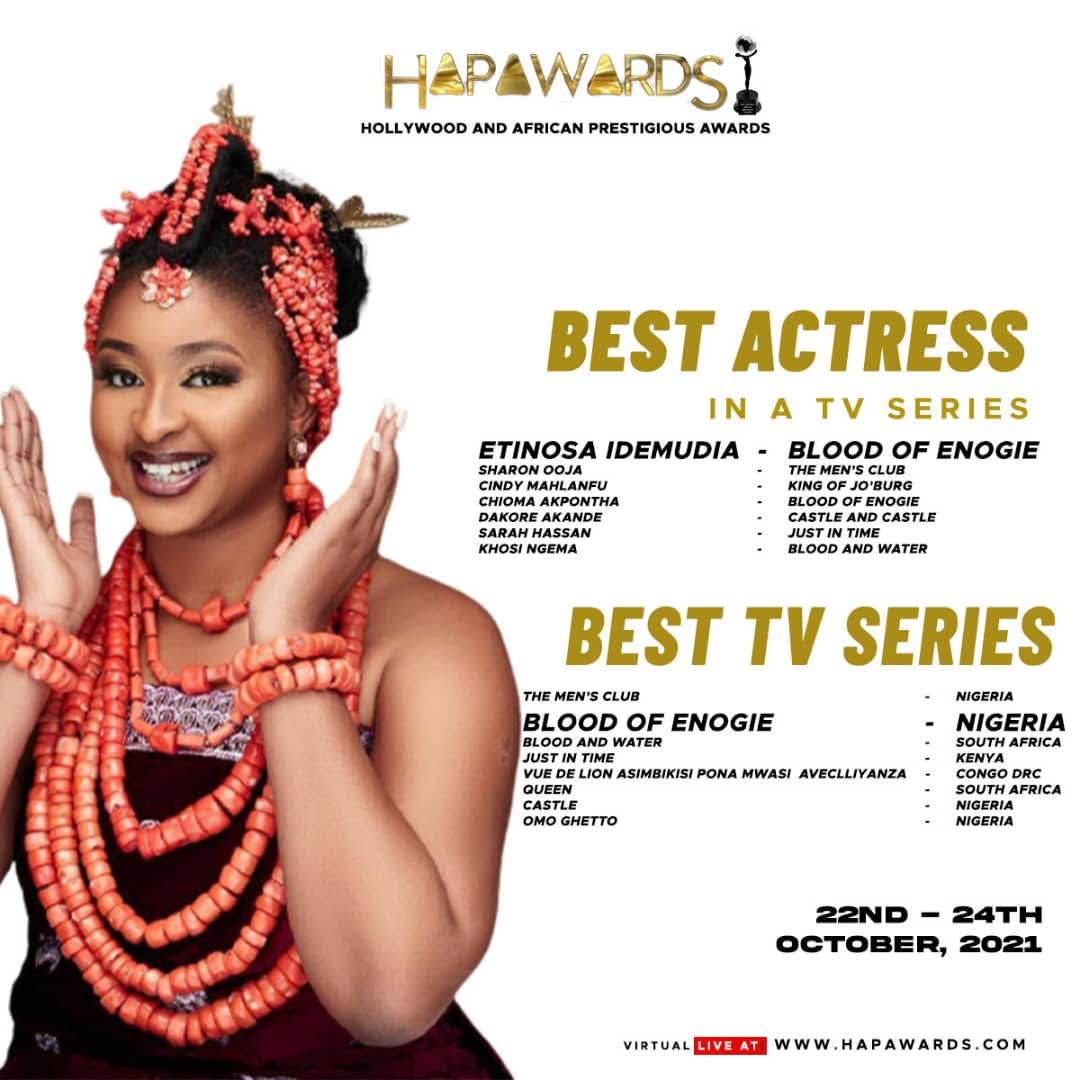 The African Film awards category features actress Etinosa Idemudia after she received a LA MODE special recognition award for her achievements in entertainment. The TV show she starred in, Blood of Enogie, was also not left out as it got nominated for the Best African TV show.

Also amongst her work on the nomination list is the feature film Charlie Charlie shot in Ghana, Nigeria, and some parts of Europe. Its main focus is on money laundering, human trafficking, and the people involved in it.

BellaNaija is a media partner for Etinosa