24 Hours of the Smithsonian in Lagos: It was an Interactive experience through the world of Film, Art, Photography and Fashion!

Held on November 6th, 2021, “24 Hours of the Smithsonian in Lagos” was a collaborative interactive art experience in partnership with Art X Lagos, the African International Film Festival (AFRIFF), the African Artists’ Foundation (AAF) and David Adjaye designed venue Alára to bring together the international, Nigeria and the African diaspora through the worlds of film, art, photography, and fashion with “Taste! 24 Hours of the Smithsonian in Lagos” Kicking off with Taste! Mystique, on Friday, November 5, Iké Udé held a masterclass for a group of Lagos-based photographers in collaboration with the African Artists’ Foundation. A select group of young artists were tutored by Udé in his signature style, mystique at the intersection of harmony and the unexpected. The participants then took portraits of Nollywood actor, producer, and creative entrepreneur Enyinna Nwigwe next to evocative “props.” 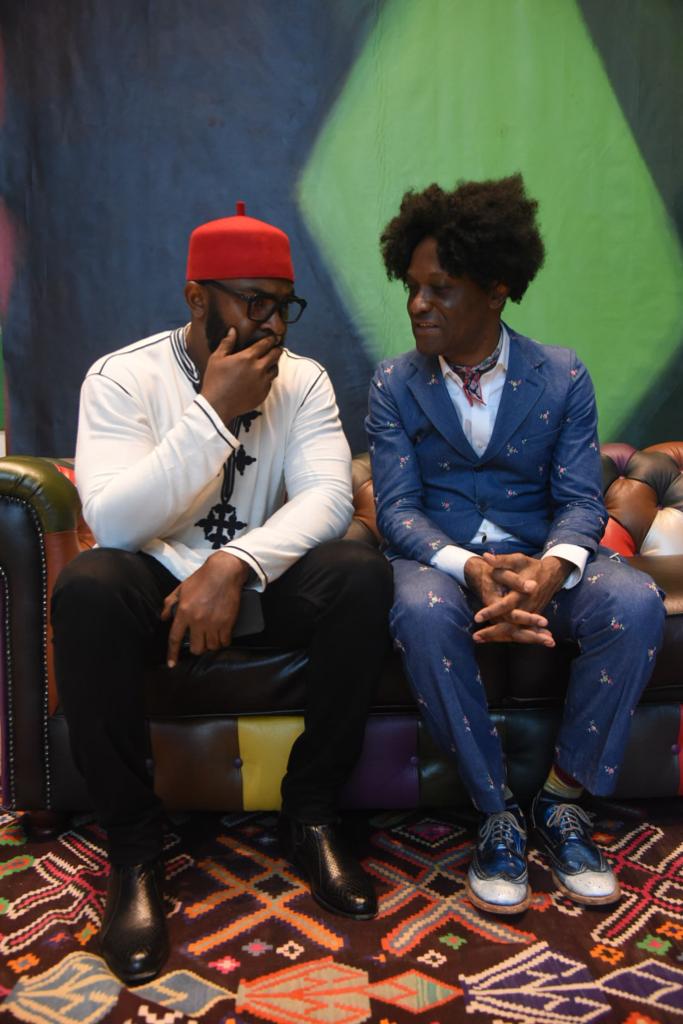 The NMAFA board reception followed on November 6, hosted by Gbenga Oyebode at Nok. He expressed his excitement that this was the first Smithsonian experience in Africa, with Lagos as the first stop.

“This is the very first Smithsonian event on the continent, proud for Lagos to lead and excited about what lies ahead.”

In the same vein, Director Ngaire Blankenberg spoke about their plans for new collaborations across Africa to create and build new immersive art experiences. 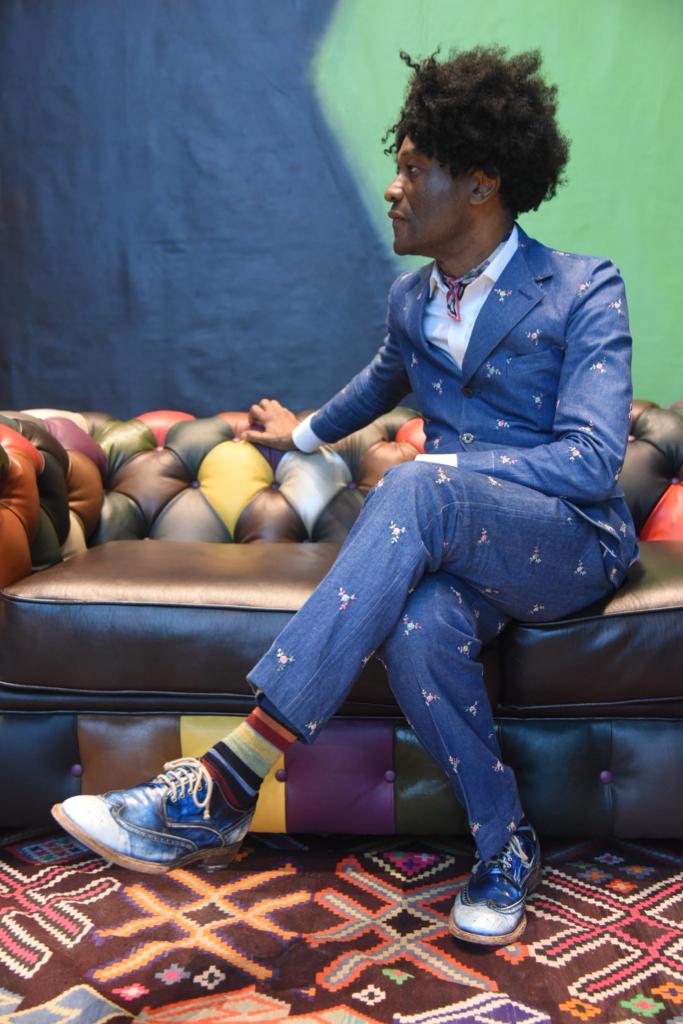 Emeka Ogboh’s ‘Sounds of Lagos’ playlist ushered in visitors with a mix of upbeat, soulful, and melodic sounds inspired by the streets of Lagos. 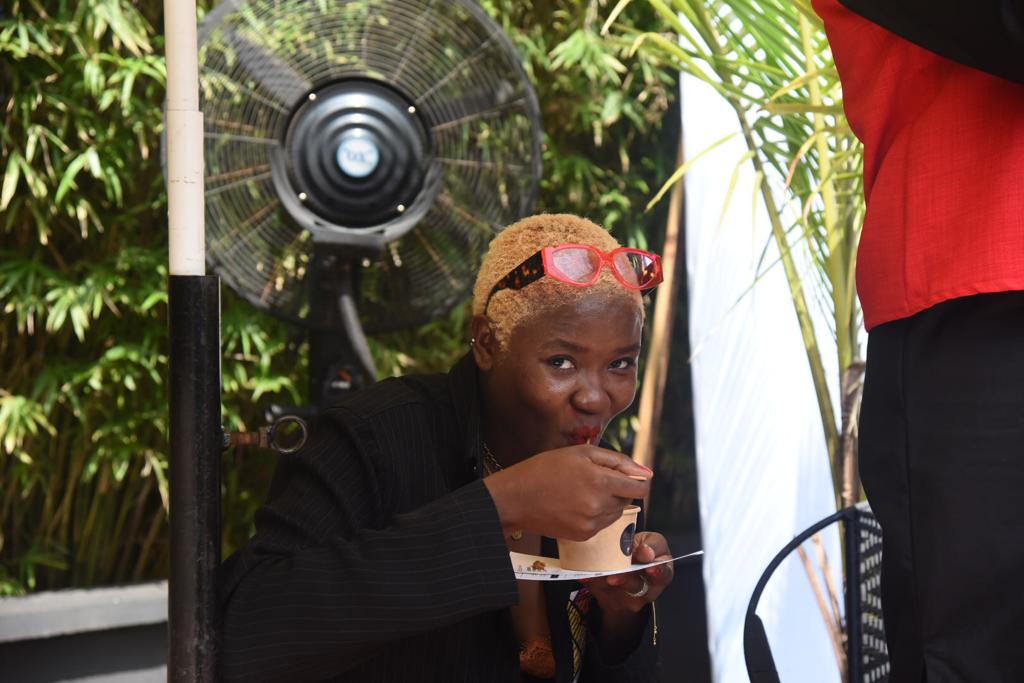 This was followed by the Taste! Mystique portrait exhibition by Iké Udé featuring dynamic portraits of muse Enyinna Nwigwe by young Nigerian photographers from the previously held masterclass.

The Art experience wrapped up with The African International Film Festival Opening Cocktail Party. At the cocktail event, new, and established talents of the Nigerian cinema such as Sharon Ooja, Enyinna Nwigwe, Kate Henshaw, Denrele Edun, Nse Ikpe-Etim, Ini Dima-Okojie, Diane Russet, Ojy Okpe, Colette Otusheso, and others took part in the Tableau Vivant created by conceptual artist, Iké Udé featuring regal models in ensembles by the Nigerian Grand Dame of costumes, and Chief Nike Okundaye-Davies as an addendum to his Nollywood Portraits. 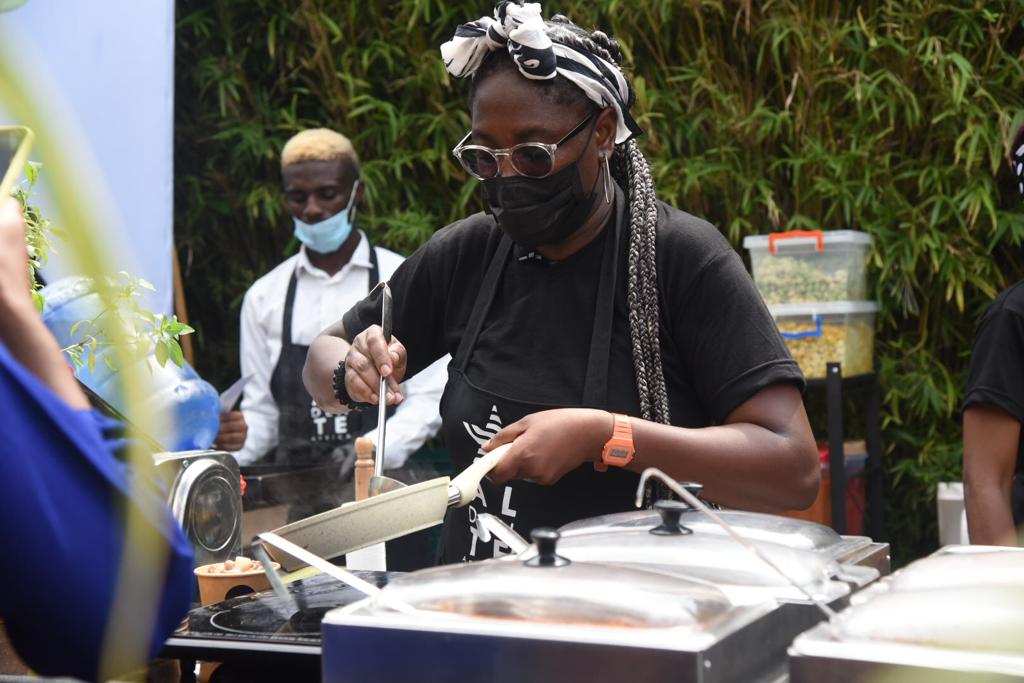 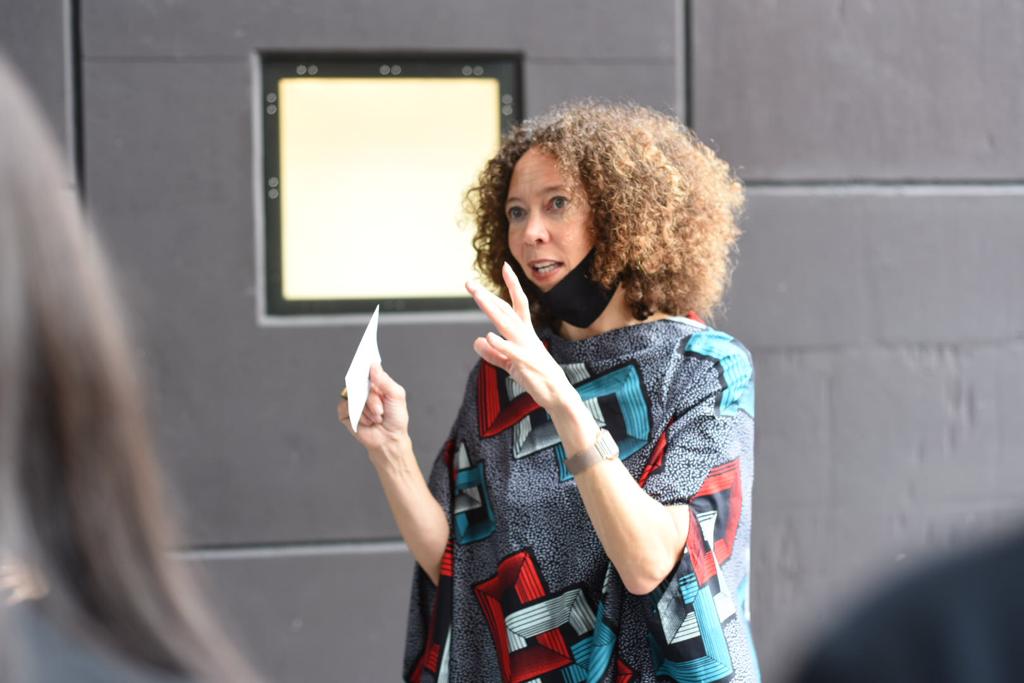 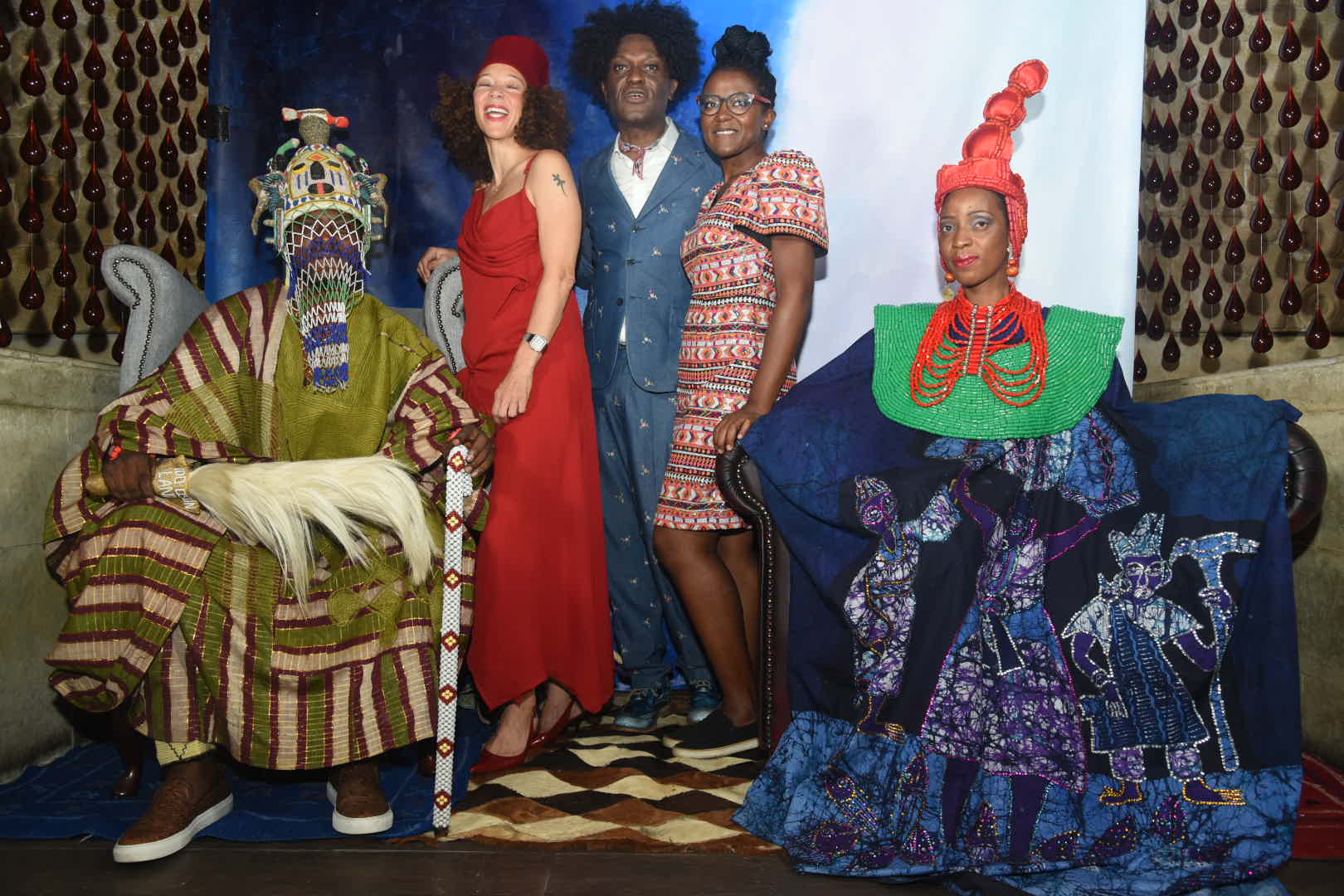 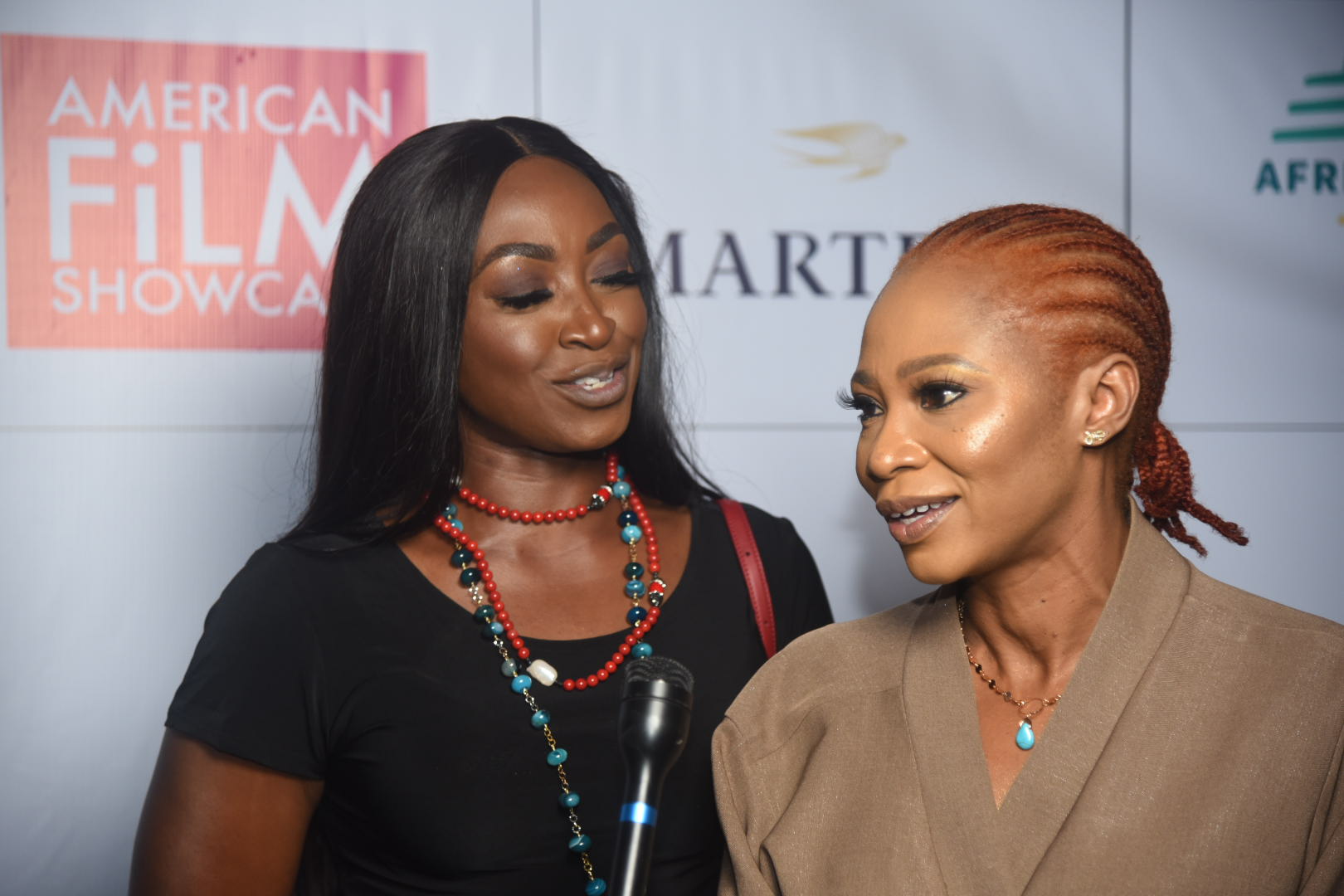 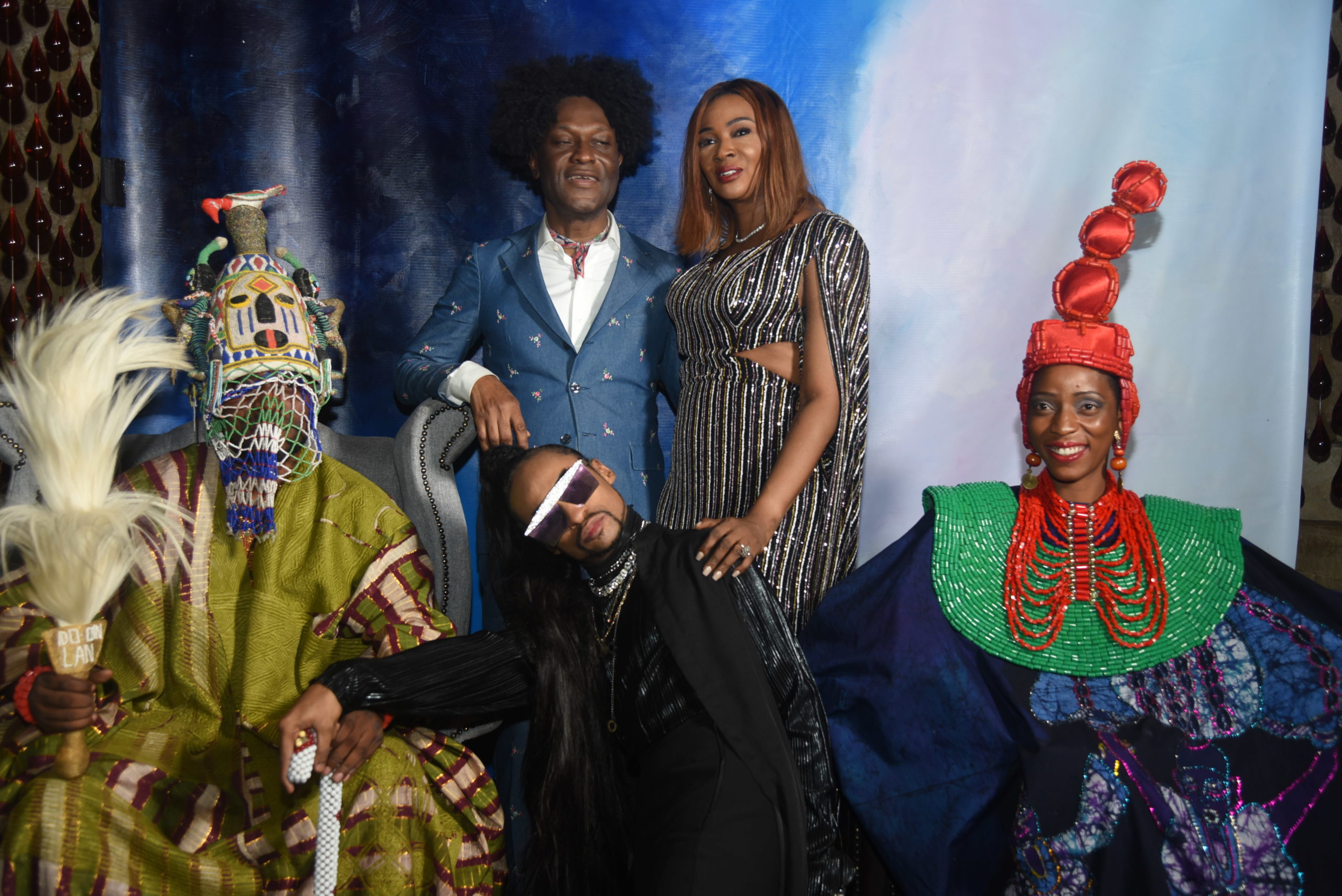 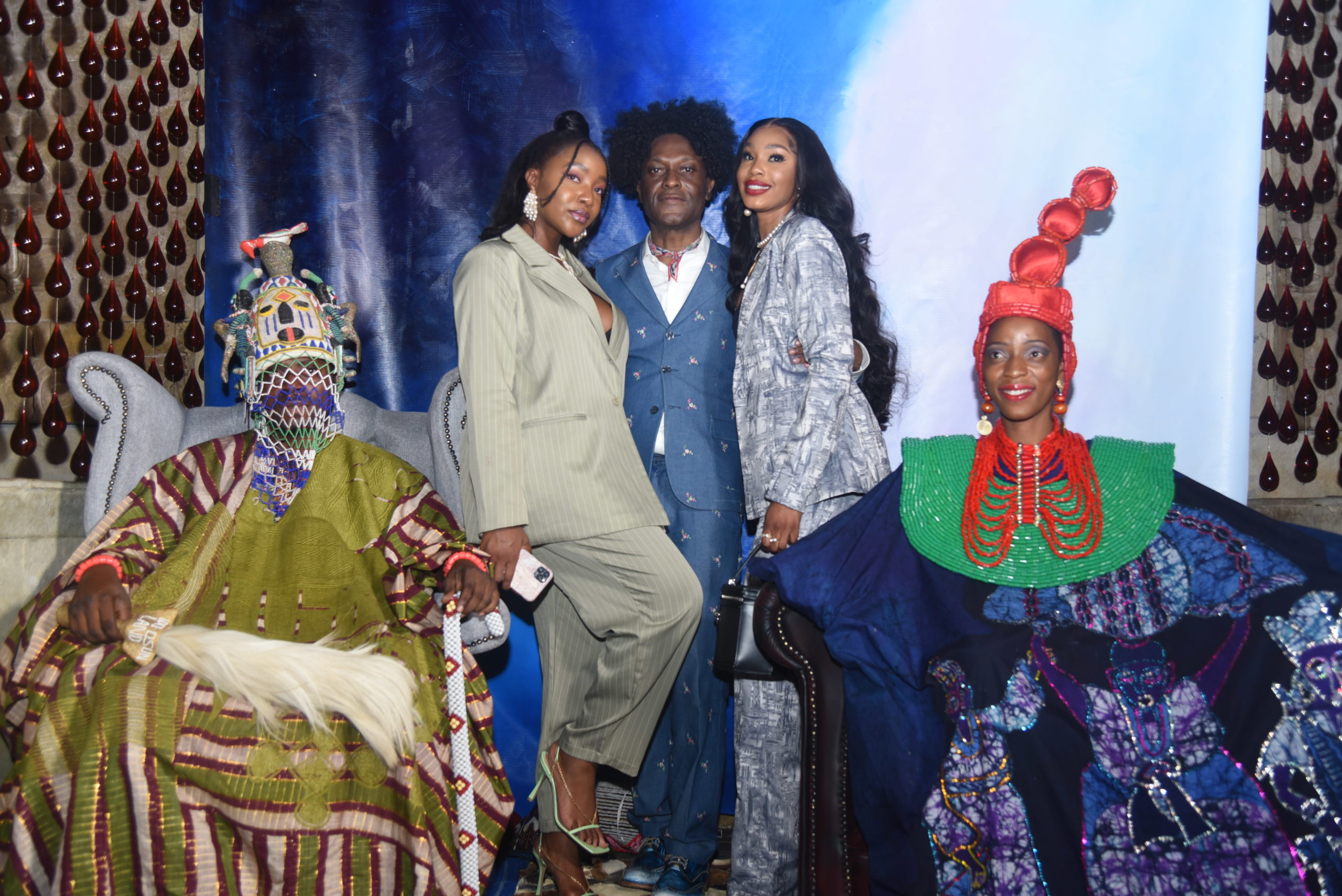 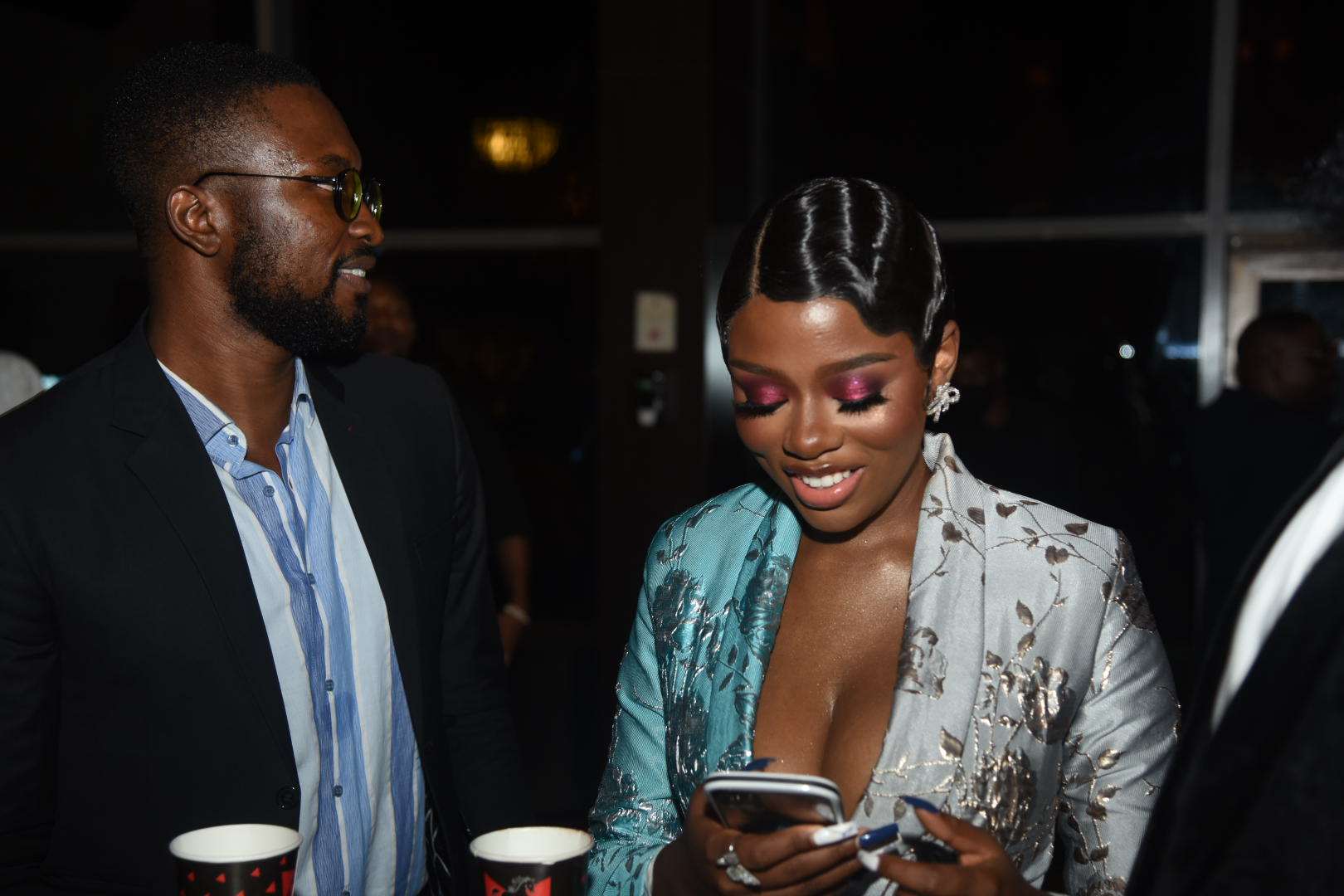 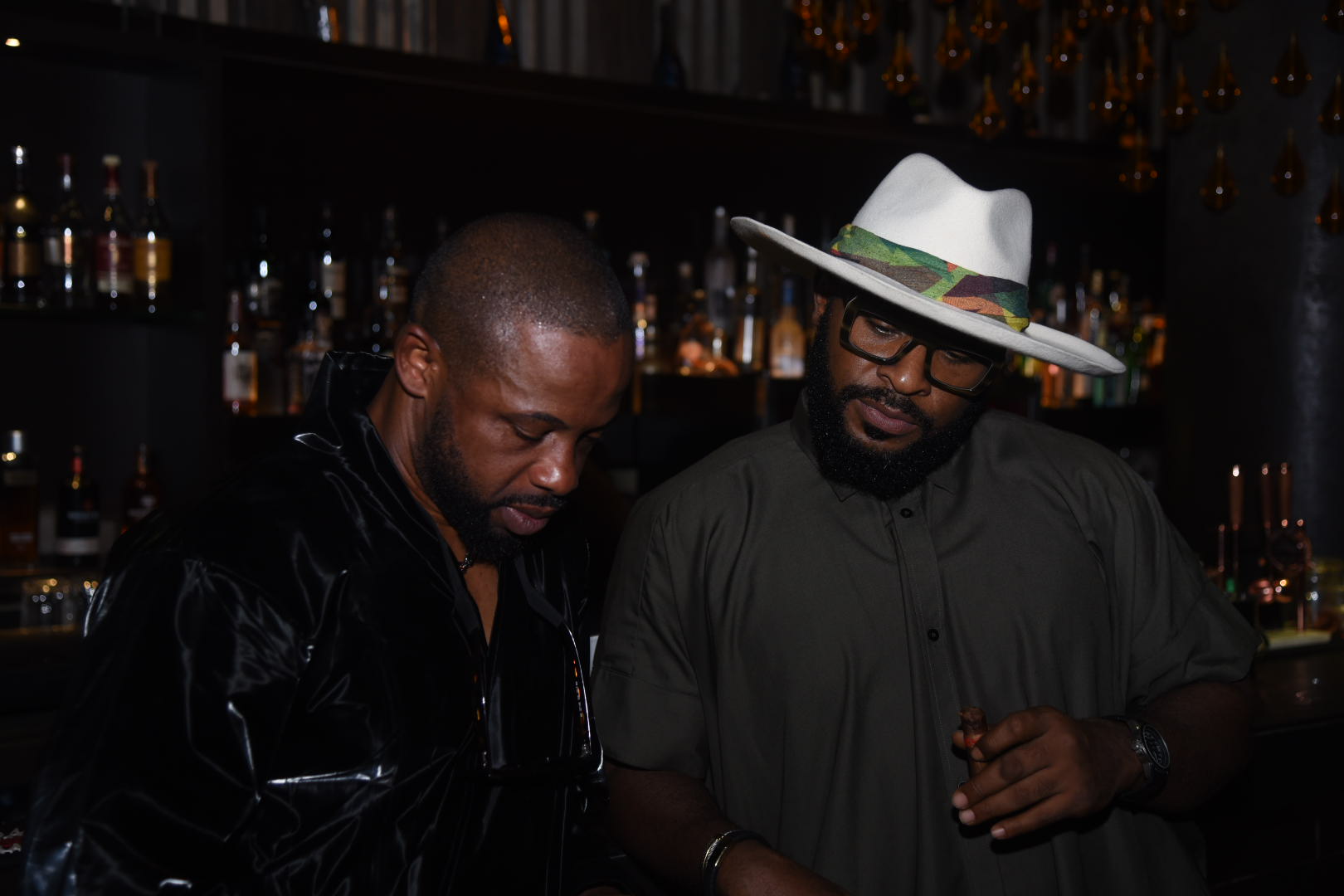 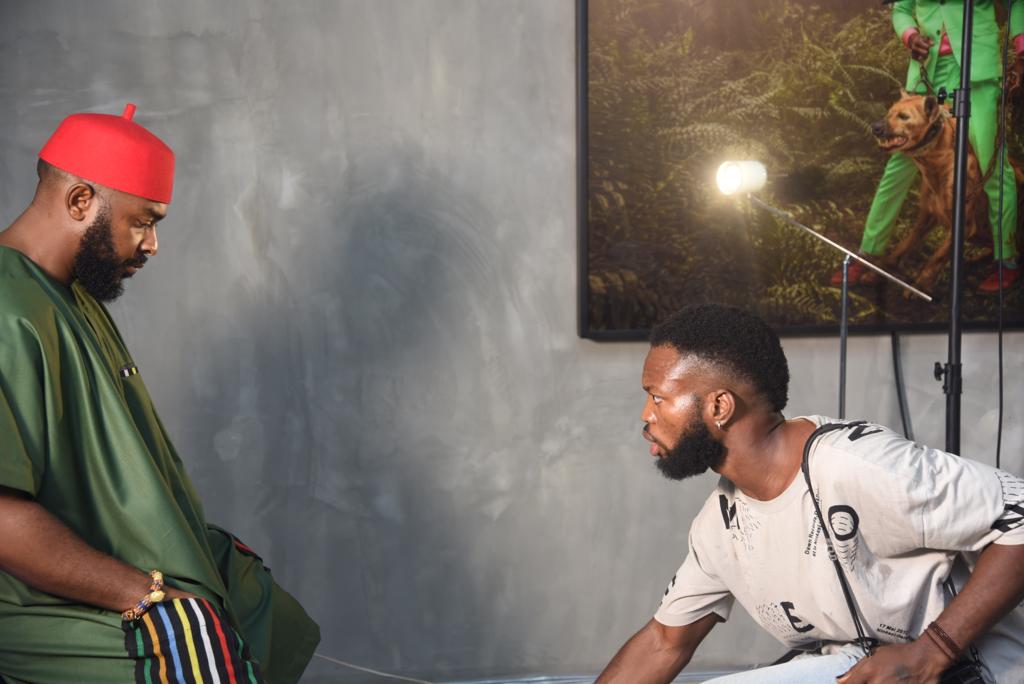 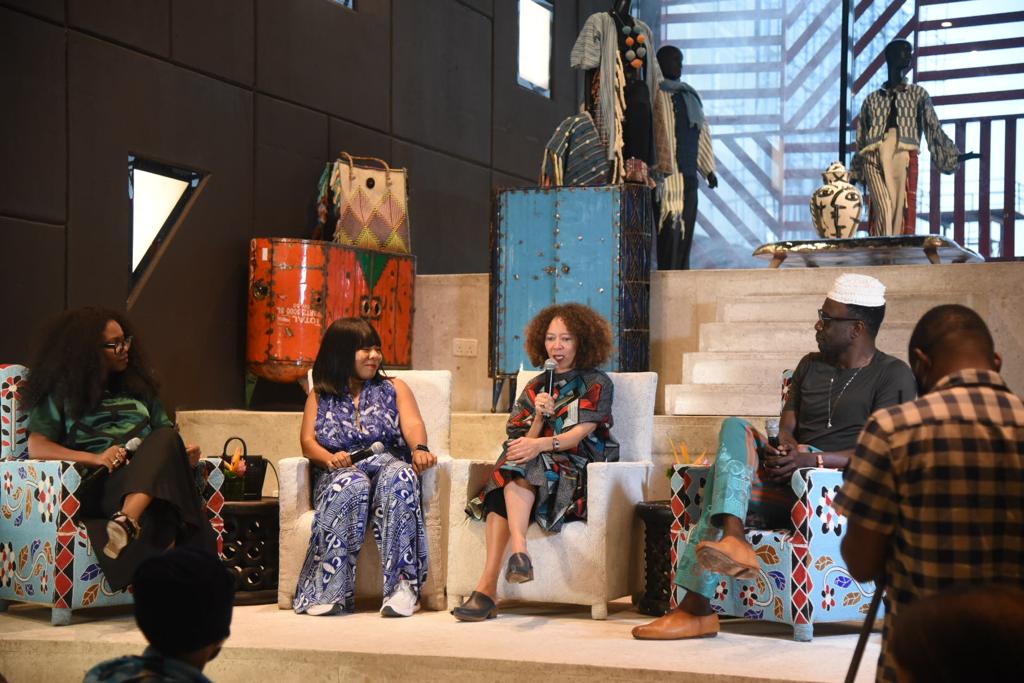