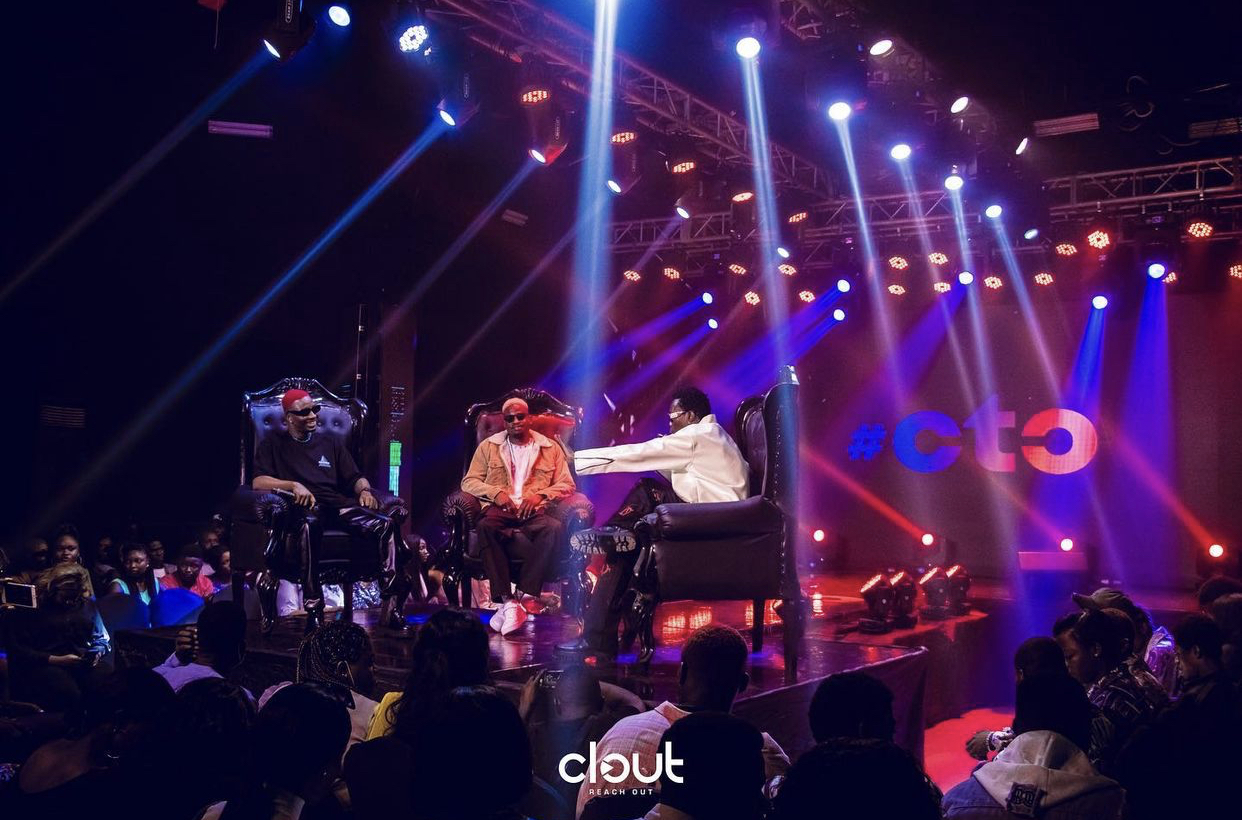 There aren’t that many spaces that allow artists to connect directly with their fans in physical spaces. Music incubator and media agency Clout Africa is committed to finding innovative ways to fill that gap. It recently launched the Clout Talk Concert #CTC, one of the first of its kind – Talk Only Concert in Africa.

Rapper and media maestro Blaqbonez was tapped to host the second edition of the Clout Talk Concert. The rapper has mastered the art of driving conversations on social media around his projects and garnered the respect of his peers. There was no better person to take all that online charisma and translate it to a live audience. He took charge at the Space Hub in Lekki Phase One on March 4th, 2022 at the Clout Talk Concert, supported by beverage giant Pepsi, and sponsored by Cadbury’s TomTom holding the attention of a full house for a 5-hour extravaganza with some of Naija’s most charismatic new pop stars. 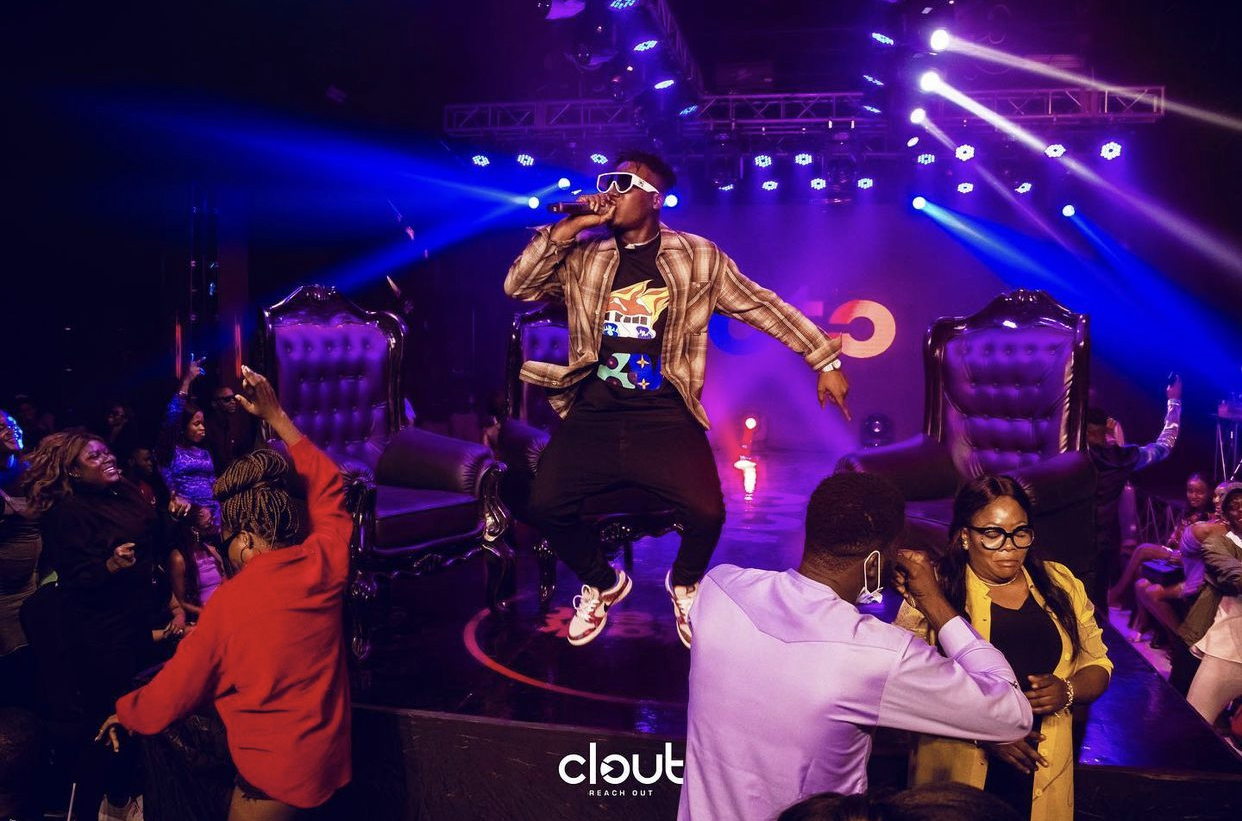 The guest roster for the second edition of Clout Talk Concert was as diverse as ever and the guests got to join the banter as rapper SGawd, singer Tomi Owo, the charismatic Bella Shumurda, alternative singer Johnny Drille, and ace duo Ajebo Hustlers shared the stage with BlaqBonez, dishing on their careers and music and pulling a few answers of their own out of the concert’s enigmatic host. BlaqBonez kept the conversation fun with the occasional curveball about their relationship with their fandoms and the future of the industry. They were encouraged to interact directly with the guests while Cool FM’s Dj Joenel ran the decks, pumping hit after hit to keep the energy levels up and Fabulous keeping the crowd hype.

“This is our second concert and we’re pleased with the way the Naija music fandom has embraced what we do” Joseph Adamu, head of events at AIM communications and consultant for the CTC remarked.

“There is clearly a gap that the fans and the artists need to be filled and we are glad we are able to create a platform that does just that. We can only get bigger from here on out”, said Kolapo Oladap, Head of Business Development at Clout Africa. 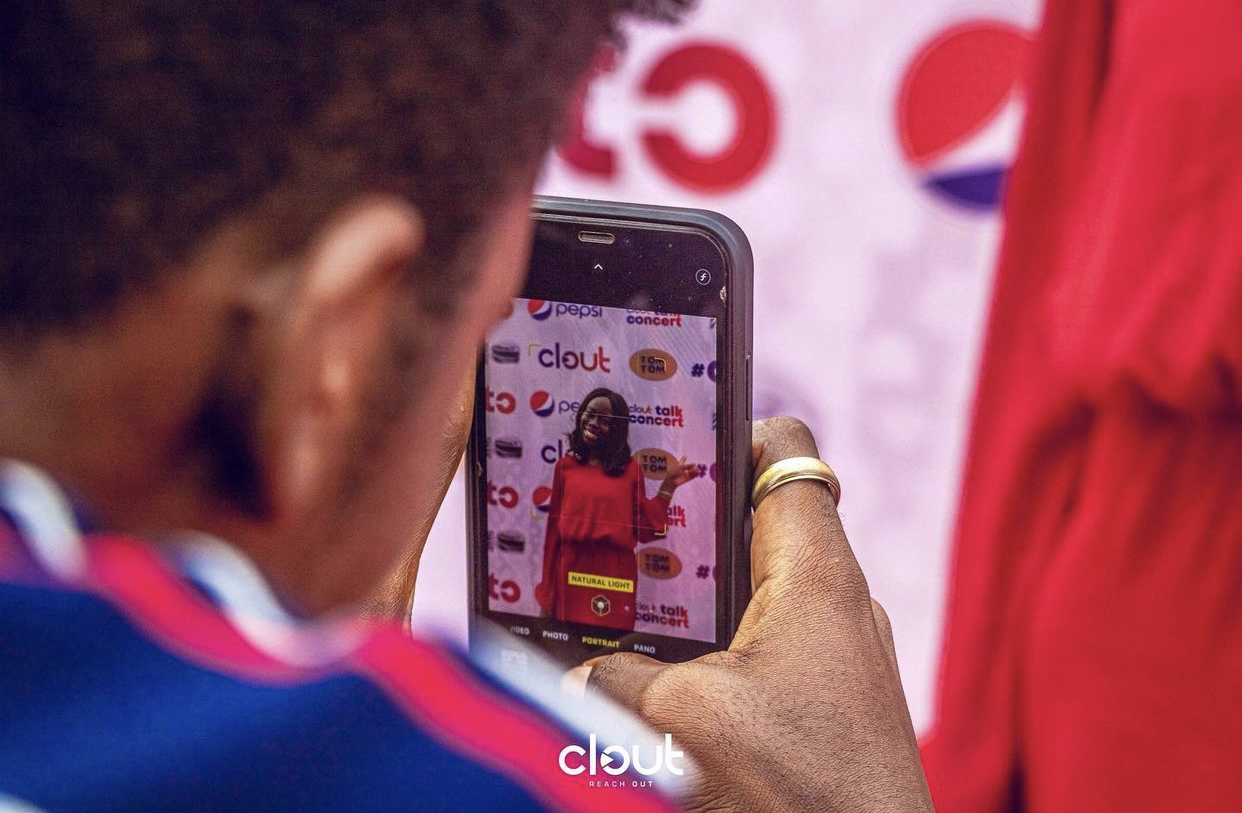 Fans were thrilled to connect with Bella Shmurda and Ajebo Hustlers, who have had an excellent run on the charts in 2021. They were introduced to chanteuse Tomi Owo who is well known in the alternative scene but is making the transition to mainstream and SGawd who made the switch from singer to rapper in 2020 and has been soaring ever since.

Mavin’s Johnny Drille made an appearance as well to talk about the journey to making his debut album “Before We Fall Asleep” and the merits of trusting the process. Commenting on the event, Serge Noujaim, CEO of Clout Africa commented,

“The Clout Talk Concert has the potential to become the go-to space where artists go to break news about the projects, clear the air on news about their careers, and strengthen connections with their peers and their fans. It’s a service we are proud to offer to artists and hope that through collaborations we can make it even bigger.” 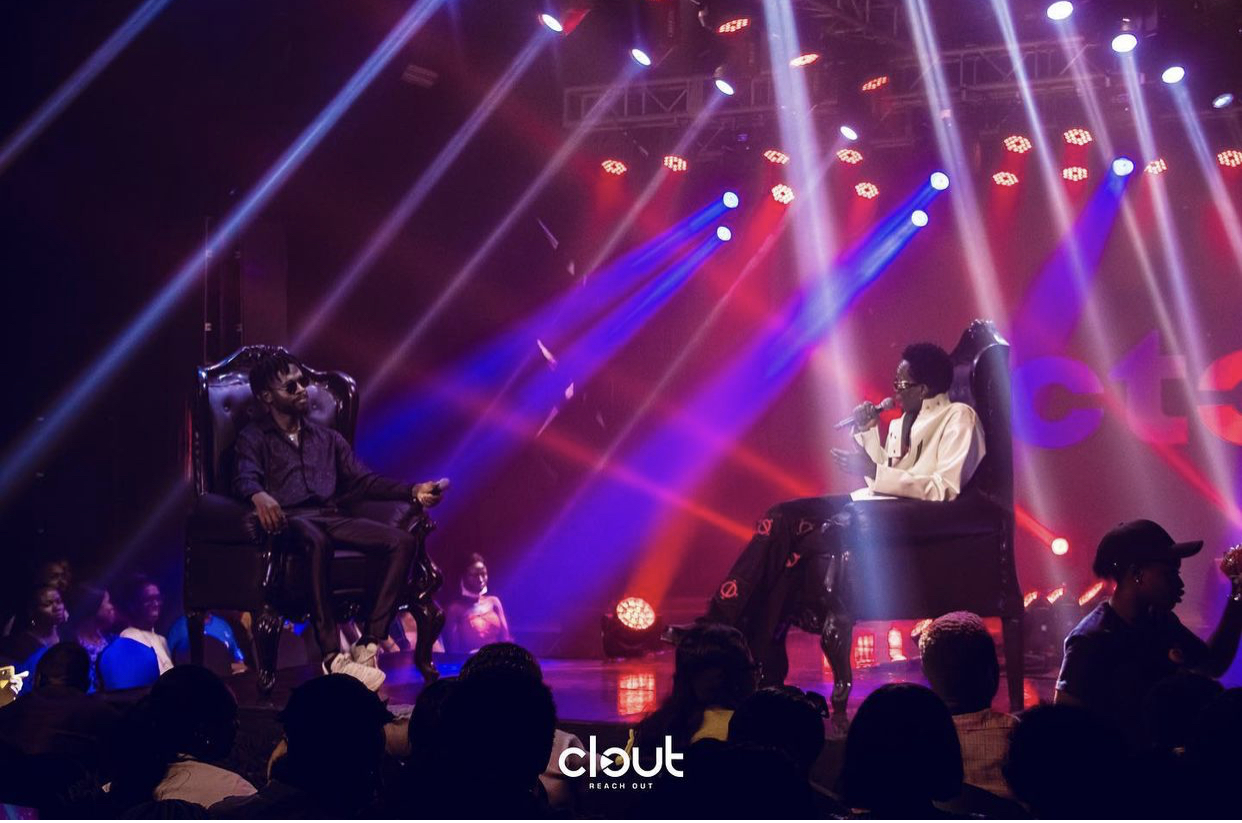 Clout Talk Concert is a quarterly event designed to create an immersive experience where fans can connect with artists and share in their journey, with conversations chaperoned by a guest celebrity. It is a flagship product for the Clout Africa brand and the first of a lineup of interactive and immersive offline events and online programming designed to close communication gaps in the music and entertainment industry.

“For the first time, music artists are seen to be more than just their hits – the fans are just as interested in their unique stories and creative processes as their records. Clout Talk Concert made this happen”, commented Dotun Kayode aka Do2dtun, Chief Brand Officer for Clout Africa. 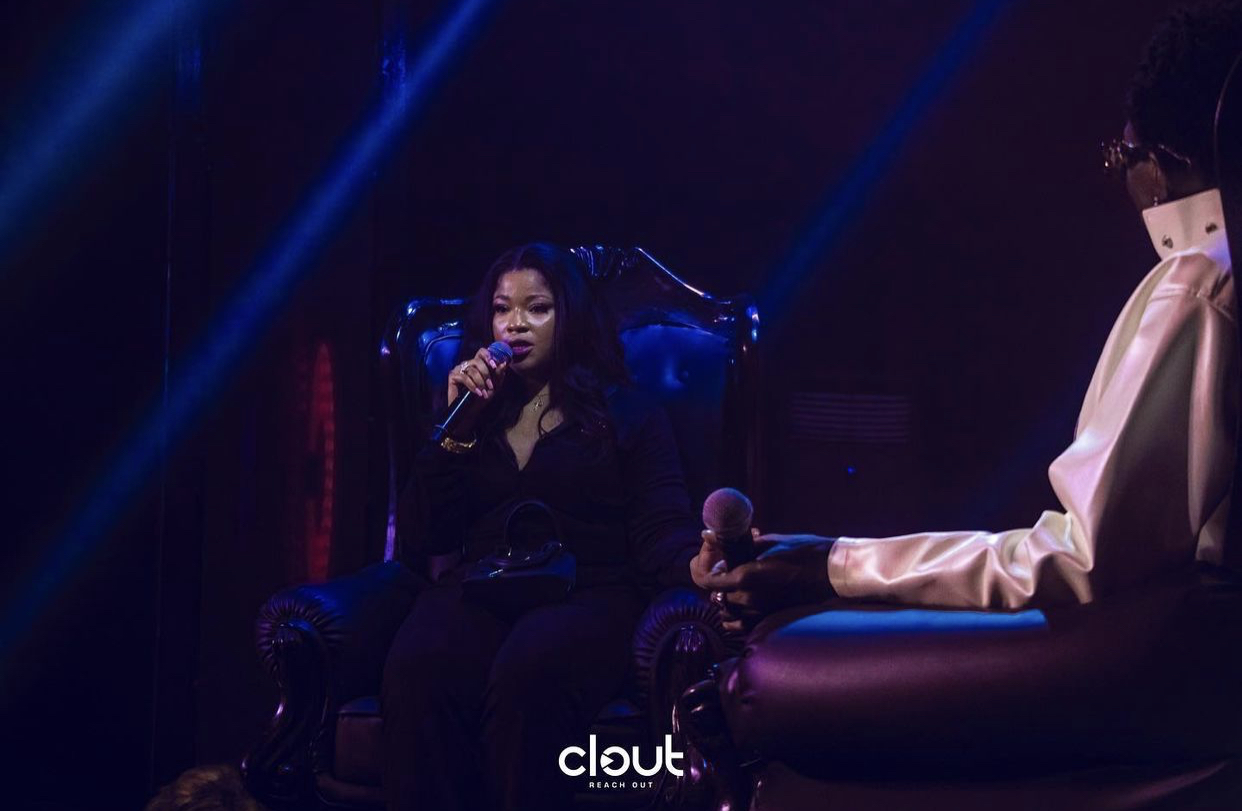 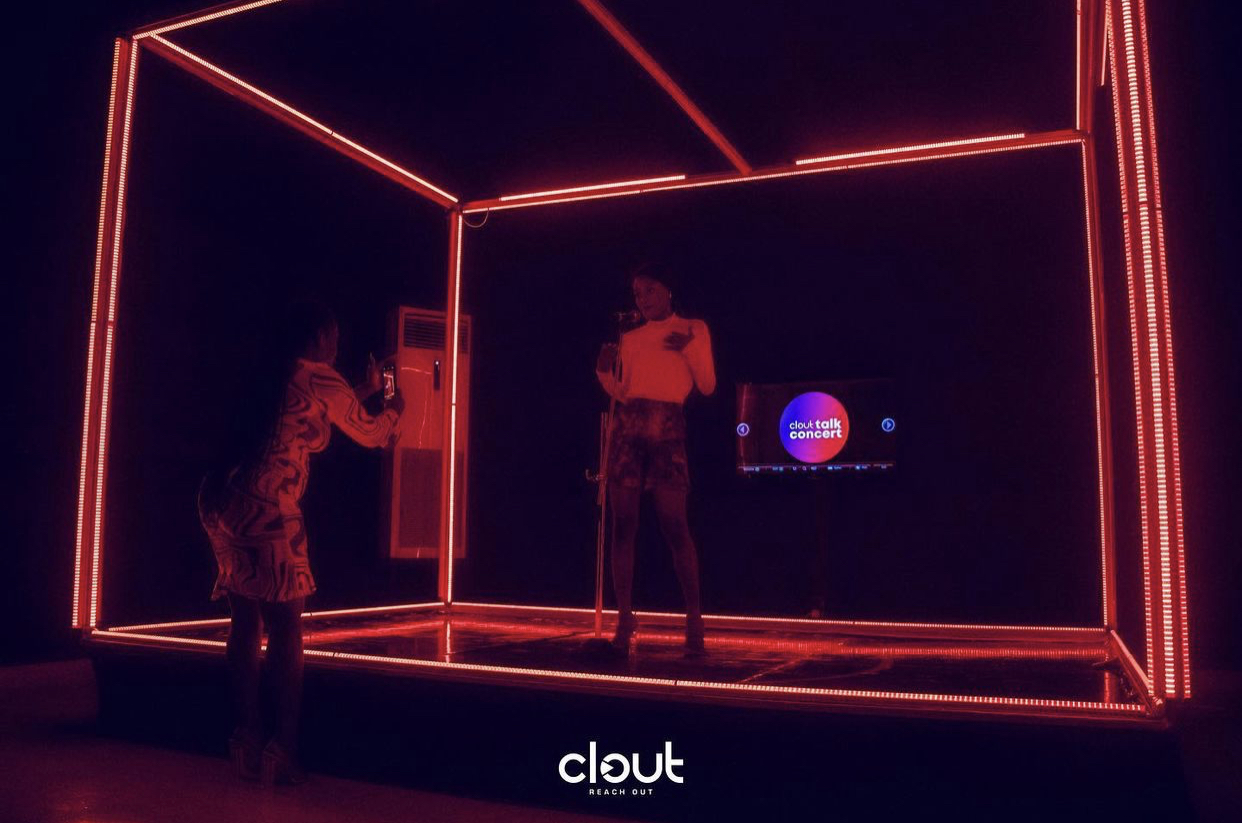 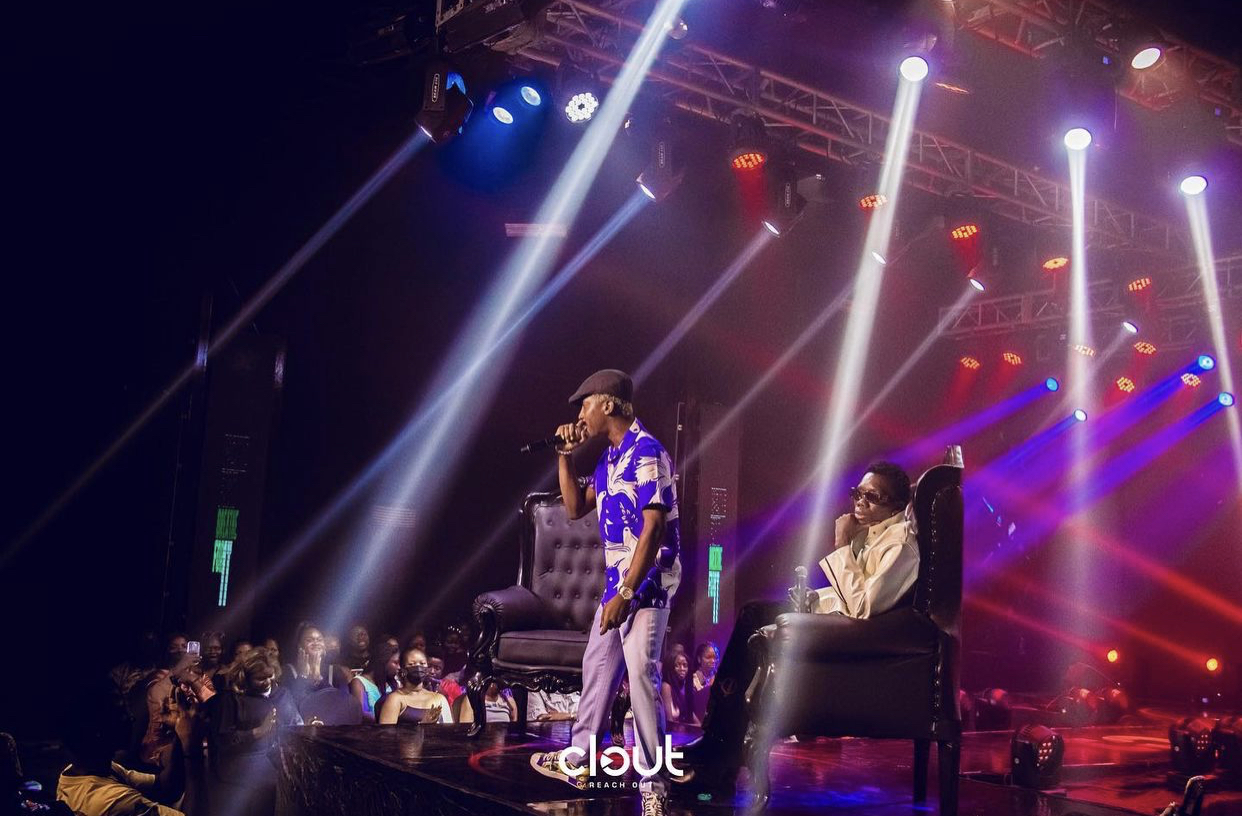