BN Beauty: Here is Uche Natori's Tutorial for the Perfect Foundation Base 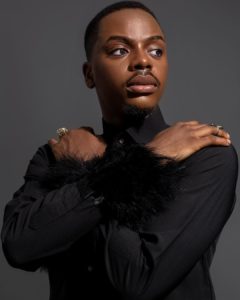 In the world of fashion and beauty, Enioluwa Adeoluwa is well-known for his outgoing and infectious demeanour. He is breaking barriers as one of the few Nigerian men in the beauty industry, which has placed him in the spotlight once again.

In an interview with Paper Magazine, Enioluwa talks about being the “Lipgloss Boy,” why he wants to help other boys who are feminine like him in Nigeria, and why it’s not weird for guys to use makeup today.

Read excerpts of his interview below:

I grew up in Akure, Ondo State, Nigeria. Akure is a very beautiful place filled with very beautiful people with great hospitality spirits. Everybody’s nice and that’s different from Lagos. I grew up in a family of five, with three children, all boys. Then I went to school, primary school, secondary school and it all shaped certain aspects of my life. I was also in the church choir at some point because I loved to sing. 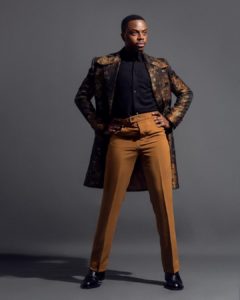 How he first got into the beauty industry and if there was an epiphany that set you off:

The very first time I ever had makeup on was in my second year at the University. Friends of mine were playing with their makeup and I was interested in it. Although, makeup on boys was not a popular thing back then and, even if you knew about it, it was most likely because you saw it on TV. So I kept on trying makeup; I used to watch Jackie Aina a lot, too. But I’ve always been into skincare since I was a little boy. Growing up, there were times when we’d have visitors around and they’d all admire my beauty because I had really clear skin, and my mum used to think I was using a certain cream on my face [laughs]. I used to play with my mum’s skincare products; she had different products and, at that time, skincare was not like what it is now.

On what he thinks is responsible for the stigma surrounding men’s makeup:

There’s a reason why everybody says representation is important. When you don’t see certain things, the first time you see them they may look weird. This goes even beyond men’s makeup and cuts across so many other aspects of life. Once you start to see things and see other people, you start to feel like there are people that are like this. Although, it’s becoming very normal. Even when I go out with makeup on, people are no longer shocked; most people even think it’s cute. That’s the reaction now because there’s this representation on social media. You’re now seeing boys that wear makeup and other young boys can also see boys like them that exist. That’s why representation is so important. 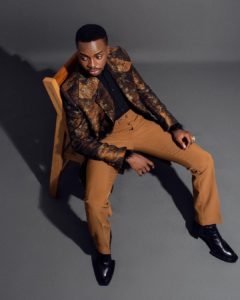 Read the full interview on www.papermag.com

The Kardashian Sisters & Mum Sizzle on the Cover of Variety