At a ceremony marked with shouts of joy and heart-warming celebrations, Flourish Africa, the women empowerment movement founded by Apostle Folorunso Alakija, awarded business grants of up to N2 million to 100 female entrepreneurs out of its 1-billion-naira fund earmarked to empower 2500 female
entrepreneurs in 5 years.

While a total of 500 female entrepreneurs graduated from Flourish Africa’s ‘Business and Life Skills Training programme,’ which was designed to provide business coaching and mentoring for female-owned Micro, Small, and Medium Enterprises (MSMEs). 100 of them received seed grants to grow their businesses. 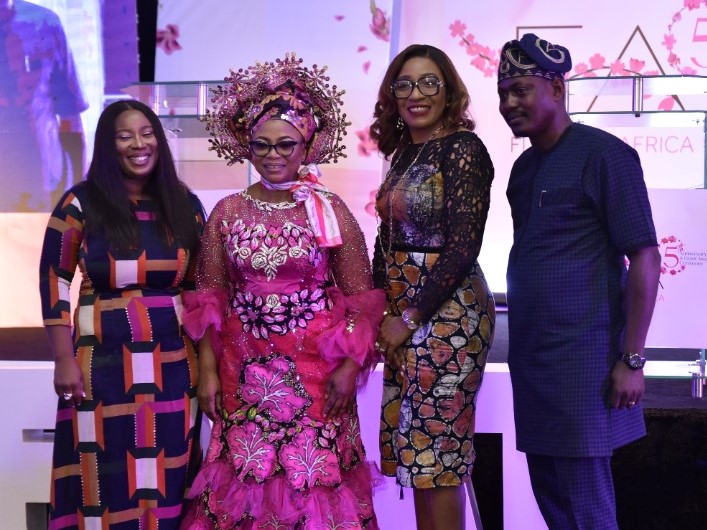 “Our vision was clear from the onset. Understanding that economic inequality was still a major challenge for women in Africa, we set out to establish a platform that would allow us to empower women, who would then empower other women.

“In line with the popular saying, When you empower a woman, you empower the whole world” I am delighted to say that we are grooming the next generation of business leaders whose informed choices in business and life will positively impact their families, communities and in the long run contribute to the socio-economic development of Nigeria”

Delivering the keynote speech at the event, the co-founder of Sahel Consulting, Ndidi Nwuneli, stated that women hold the key to transforming not only Nigeria but the entire African continent. Nwuneli noted that it has become imperative for women to rise above any stumbling block by venturing into uncharted territories to realize their God-given potential.

She added that despite the challenging operating environment, some women have continued to shatter the glass ceilings to become great achievers and CEOs of many corporate organizations in the country.

Though these activities indicate progress, she said:

“that is not enough. statistics of land ownership show that only 10% of women in Nigeria own land and when you do not own land as an entrepreneur, it limits you from owning collateral and investing in long-term assets like a factory. So women need to become owners of assets”

Also speaking at the event, the representative of Google, Flourish Africa’s technology partners, Jola Oluremi-Makinde, lauded the founder of Flourish Africa for equipping the women with the necessary skills and resources to scale up their businesses. While Shola Momoh, Vice-Charman, Channels Media Group, appreciated Apostle Alakija for providing such a unique platform where women could become financially independent and create a prosperous future for themselves. She disclosed that Channels TV was proud to partner with Flourish Africa.

Hamsatu Aliu-Afegba, one of the beneficiaries and president of the Flourish Africa Alumnae Association, during the award ceremony, expressed her appreciation to Flourish Africa for the unique opportunity, noting that the grant would assist immensely in growing her business. She said that beyond the grant, she had acquired skill sets that will remain with her for life, help her grow her business, and support other women to succeed in the future.

Watch Out for the Abula Festival, Its Cultural Food, Performances, and Fun Fair | July 30th