"Insecure" Star Jay Ellis Is A Married Man! See Photos from the Garden Wedding in Tuscany 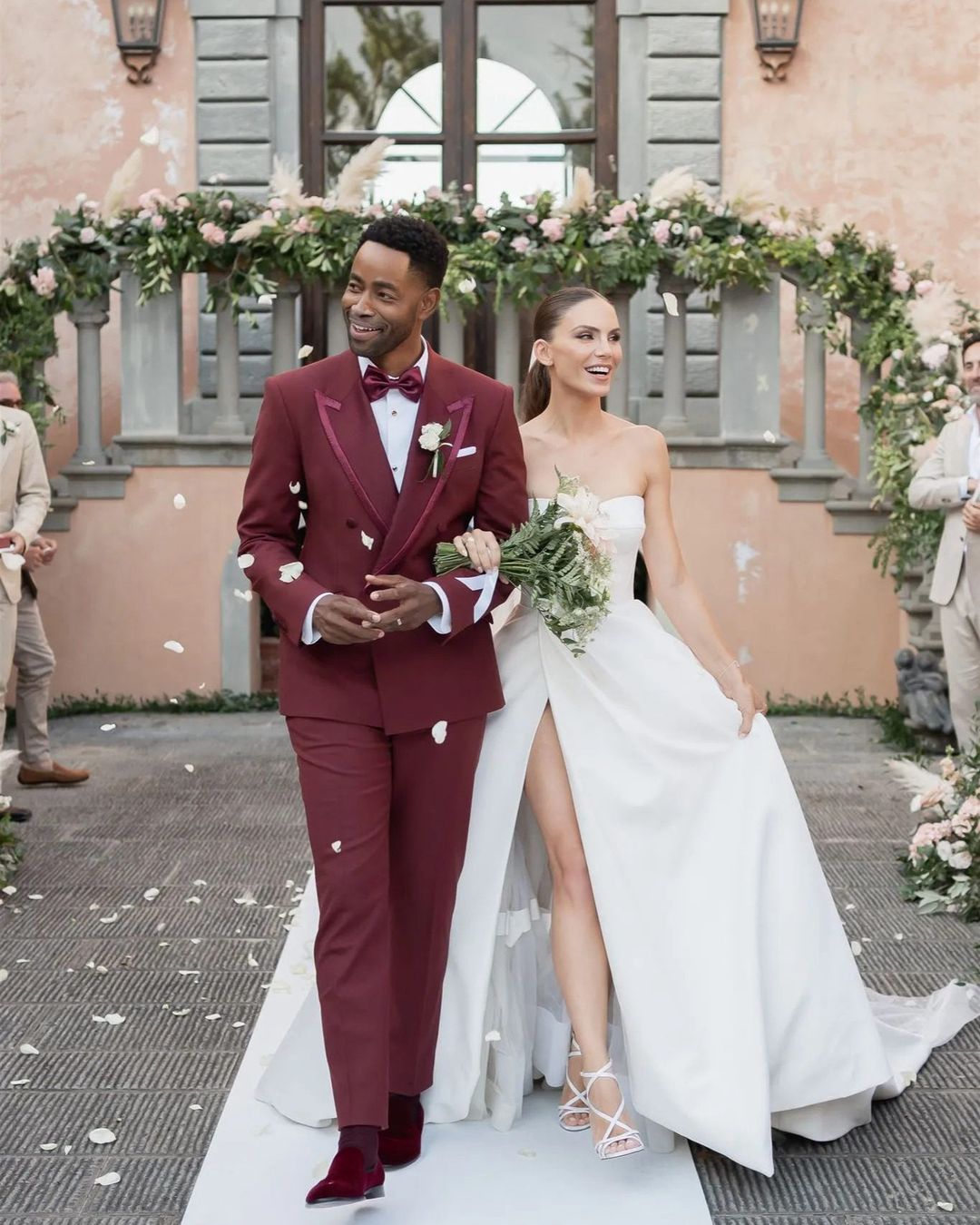 Jay Ellis, who portrays Lawrence in the HBO series “Insecure,” and his longtime girlfriend, actress and model Nina Senicar, got married a few weeks ago in Tuscany in a villa surrounded by vineyards and olive groves after their plans were altered many times due to the pandemic and hectic production schedules.

Ellis celebrated the moment with a sweet photo of him and his wife staring at one another, revealing the wedding date in the caption. “July 9th, 2022… Per sempre 💙,” he wrote using the Italian phrase that means forever. Nina shared the same photo and caption on her own Instagram profile.

“We always knew we wanted to get married in Italy because going there was the first trip we ever took together,” Nina told VOGUE.

The couple met in 2015 at a bar in Los Angeles. “Their mutual friend, creative director Tony Mancilla—who ended up getting ordained so he could officiate the couple’s wedding—introduced them.”

The bride and groom both wore custom Dolce and Gabbana outfits on their wedding day. Jay wore a custom Bordeaux tuxedo with peak lapels and silk satin trim with a white tuxedo button-up, while Nina chose a stunning white gown with a structured bustier. She gave it a sultry touch with a gathered skirt and a thigh-high split, and white satin strappy sandals tied it all together.

Vogue shared that the guests were asked to wear earth tones for the ceremony, which took place at sunset. “As everyone entered the property, they were directed into the herb garden where they were met with speciality drinks. Then they were led by the sounds of a string quartet into a courtyard where they took their seats.”

Describing the moment he stood on the aisle waiting for his beautiful bride, he said,

“There was a moment when I was standing there in front of everyone waiting for the giant wrought iron gates to open and to see Nina but the moment kept going and going. So I yelled out ‘Baby, you coming?’ There was another beat or two after where Nina didn’t answer, so I turned to the crowd and said ‘I guess that’s a no, there’s a space up here if anybody wants to get married today.’ And in perfect timing as everyone laughed Nina yelled out, ‘I’m coming baby!’ Everyone laughed at us and then the gate opened and I was in awe when I saw Nina in her dress for the first time.”

In January 2019, they got engaged, and in November 2019, they had their first child, a daughter they named Nora Grace.

Congratulations to the couple.

See photos from the wedding here.