Why The Headies won't consider Portable for an award 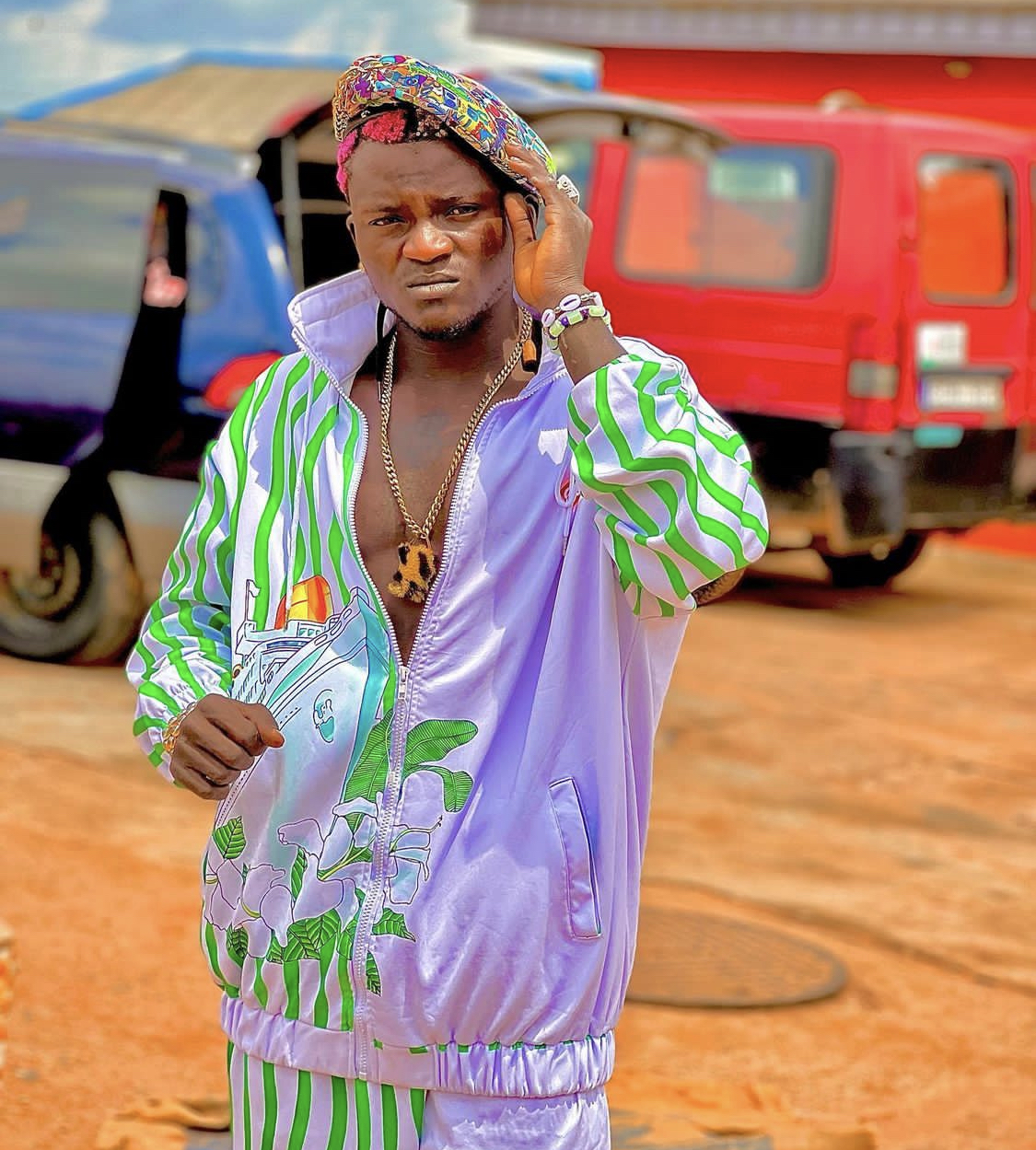 The fast-rising singer, Habeeb Okikiola, better known as Portable, who was nominated for the 15th The Headies, has been disqualified after he allegedly said he was part of the criminal group, 1 million boys.

He was nominated in two categories: best street artist and rookie of the year.

They mentioned two other times in May and June 2022 when he made offensive statements. In May 2022, he threatened to cause harm to the other people nominated for the same awards as him if he didn’t win. The organizers then sent him a warning and told him to take back what he said and apologize.

The organizers of the award stated that this had to be done to send an even stronger message that reckless and rude comments are not okay.

Smooth Promotions Limited, the organisers of the Headies Awards is a law abiding and responsible organization that abhors any form of violence, unlawful gathering or activities ravaging our society.

We shall not condone reckless and uncouth statements from artists and hereby disassociate ourself from any individual linked to such assembly or activities including Mr. Okikiola’s prospects as long as these acts are sufficiently linked to him as described.

The music industry demands all-round excellence. It is extremely important for young artists being potential role models to exude professional responsibility, proper decorum and have respect for others.

Being subject of an investigation relating to criminal activities, Mr Habeeb Okikiola is hereby disqualified from both categories of awards at the forthcoming 15th Annual Headies Awards scheduled to hold later
this year 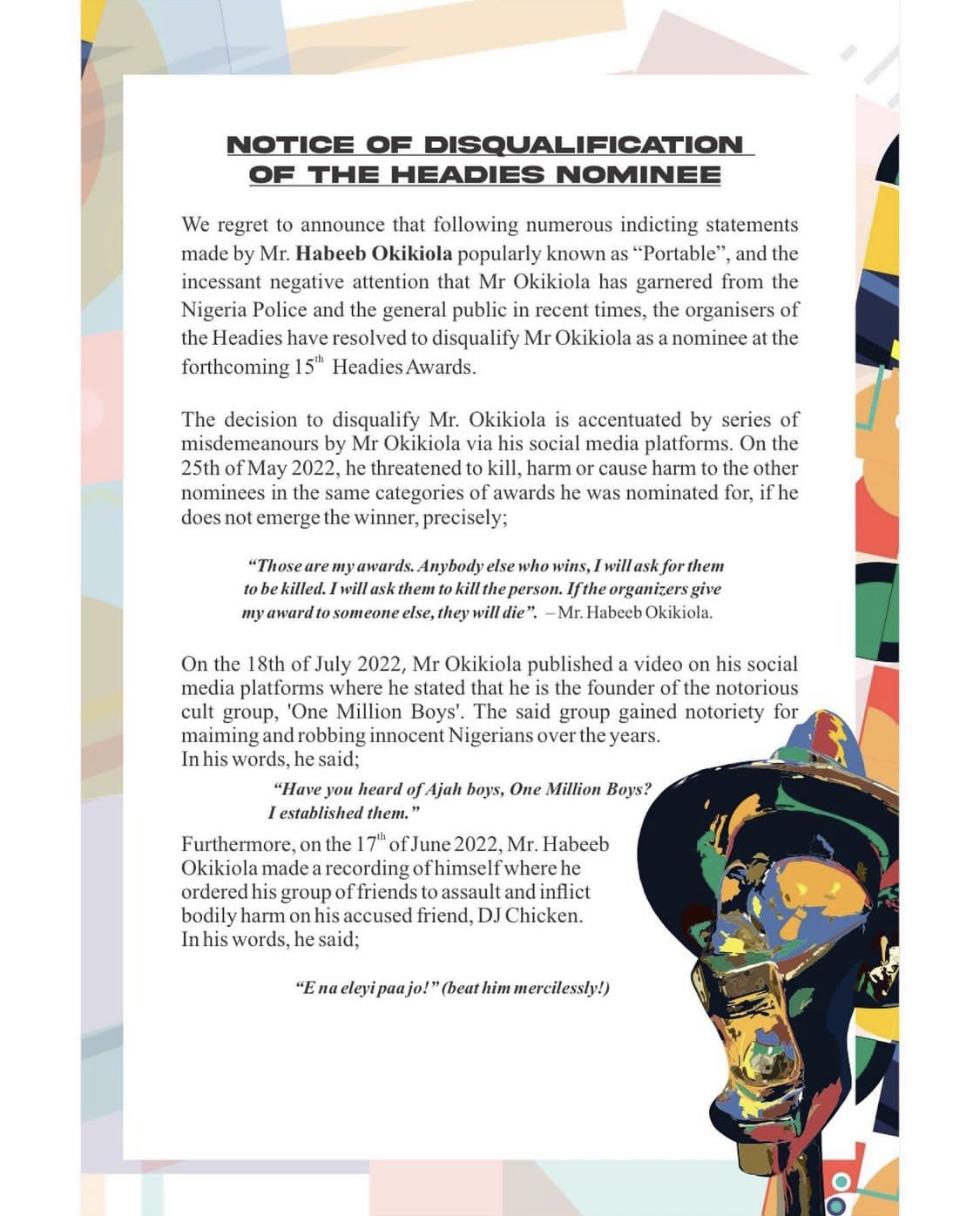 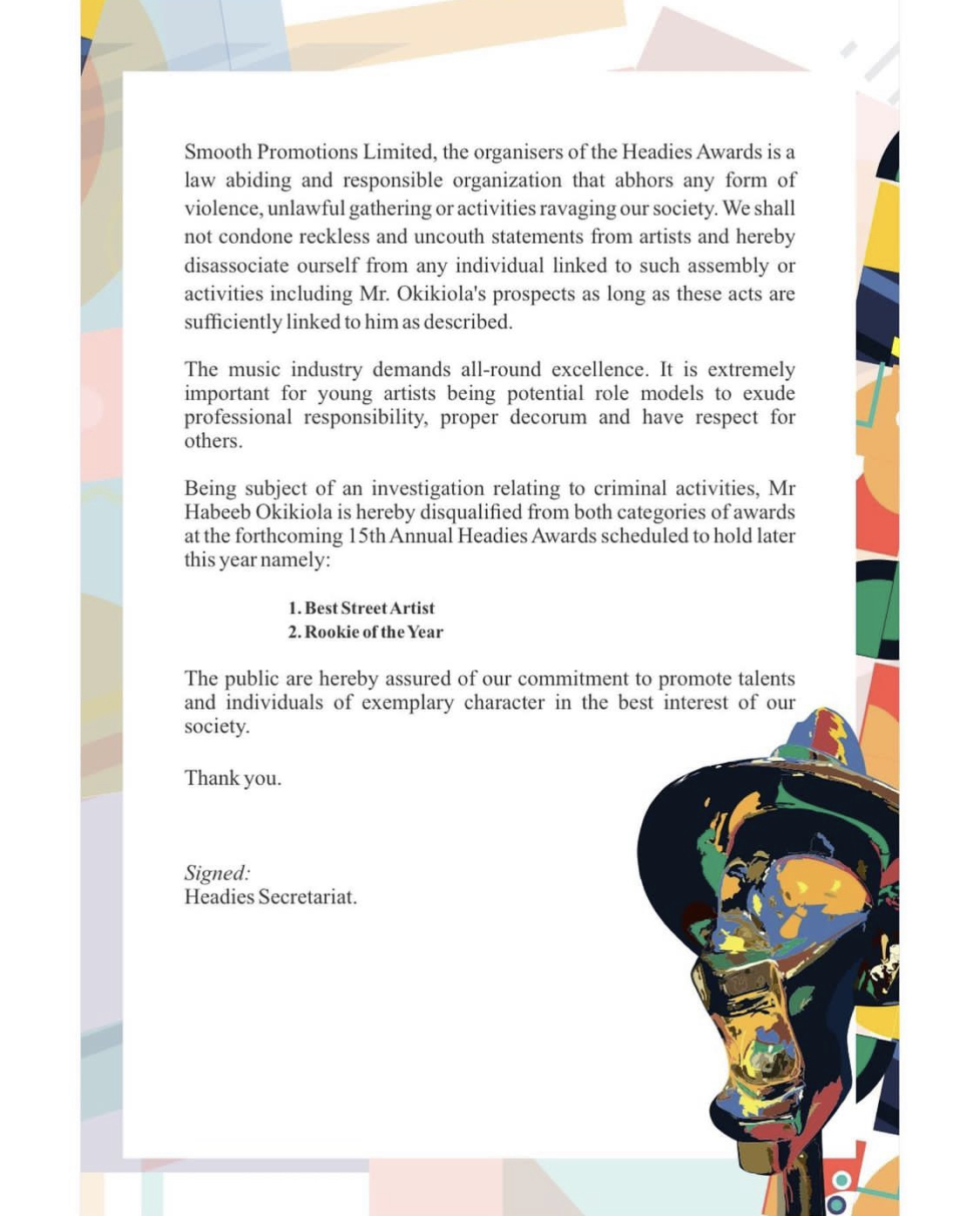