On Tuesday 31st July 2012, Samsung Electronics West Africa in partnership with the Lagos Eko Secondary Education Project – a world bank assisted initiative aimed at improving the quality of public secondary education, has commissioned the first Samsung Engineering Academy in West Africa as part of its goal to develop 10,000 electronics engineers across Africa by 2015.

The Academy located within the premises of Government Technical College, Agidingbi, Ikeja, Lagos, was officially opened by the Governor of Lagos State – Babatunde Raji Fashola (SAN). During the commissioning, Governor Babatunde Raji Fashola said there is an urgent need to develop technical skills in students noting that existing technicians must have knowledge that are relevant to modern technology. According to him, “Upcoming technicians must be exposed to cutting edge technology if they must remain competitive. There is no doubt that a sound knowledge of modern technology is the most important resource for entrepreneurship and wealth creation for technicians.”

Governor Fashola also commended Samsung for partnering with the Lagos State Government on the Academy, stressing that the college is not only a knowledge hub but will also open up job opportunities for the people of Lagos which is in line with his administration’s drive to create jobs especially for young citizens.

Speaking at the event, Nicholas Shin (Managing Director, Samsung Electronics West Africa), said “Our aim is to promote co-operation, innovation, wealth creation and to facilitate thought leadership in communities where we operate in response to the real need and conditions”. Samsung Engineering Academy is our CSR initiative, undertaken in response of the need to train skilled workforce of technicians who will become service experts empowered to create wealth. Samsung as a quality service-oriented company aims to link CSR activities to sustain our level of innovation, which can only be achieved if we invest in quality education to empower the youth”. 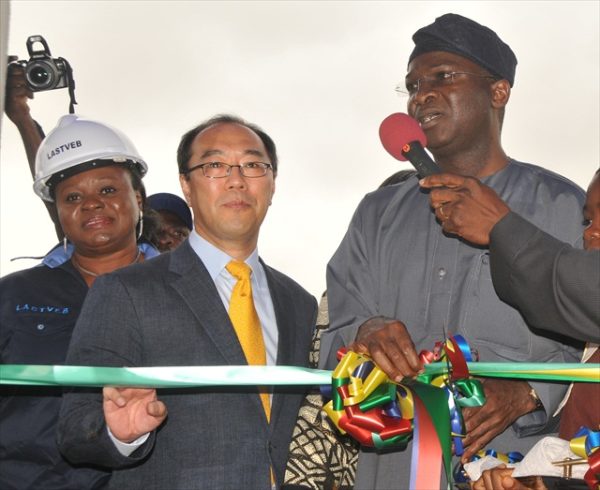 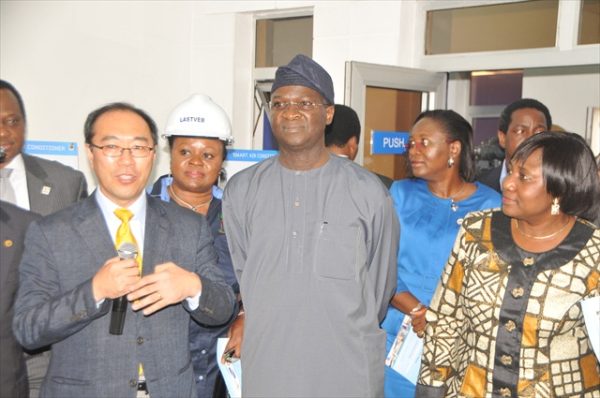 The Samsung Electronics Engineering Academy, equipped with the latest electronics, is aimed at addressing the dearth of technical and engineering skills in Nigeria by providing hands-on, technical skills training for secondary school students. Students selected will go through a year’s program in engineering skills, aligned to technical school curriculum.

Upon completion of the programme, graduating students are automatically eligible for internship at Samsung’s Channel partners. Outstanding performers stand a good opportunity to work as independent service technicians or employees in the company’s retail channel outlets. They are also qualified to participate in a year-long leadership opportunity at Samsung Electronics headquarter in South Korea as part of the 100 African young leaders program.

Samsung started the first phase of the academies in South Africa in March 2011. The South African Academy officially ended its pilot phase of the program as the first class of students graduated in January, 2012. In February, a second Academy was launched in Kenya.

The academies are a part of the company’s global “Hope for Children” initiative, which places a strategic focus on bringing attention to the worldwide need for childhood education and healthcare in an effort to improve communities worldwide.

Other examples of Samsung Africa’s education initiatives include the world-first Solar Powered Internet School model designed to address the issue of rural connectivity, and the Samsung E-learning Centres aimed at enhancing learning and teaching through the use of modern technology.

Will Damiete Charles-Granville Bring the Miss World Crown Back to Nigeria? Snapshots & Video of the MBGN Beauty Queen at the 2012 Miss World Competition