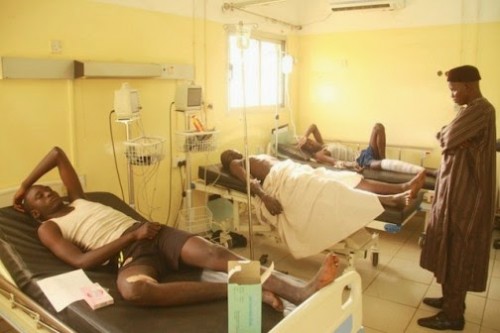 According to several rescue agencies, the issue of inadequate hospital facilities in Abuja is plaguing victims of Monday’s Nyanya-Abuja bombing.

According to FEMA Director General, Alhaji Idriss Abbas, the hospitals gave agencies and other stakeholders a hard time, requesting for hospital cards and payment for both dead and injured victims before they could be attended to.

Abbas made this assessment based on the agencies’ visits to general hospitals in  Maitama, Nyanya, and Asokoro as well as six other primary health care facilities.

In addition to the alleged inadequate facilities, some of the hospitalized victims have complained of hunger, stating that hospital staff had not fed them since they arrived for treatment, Premium Times reports.