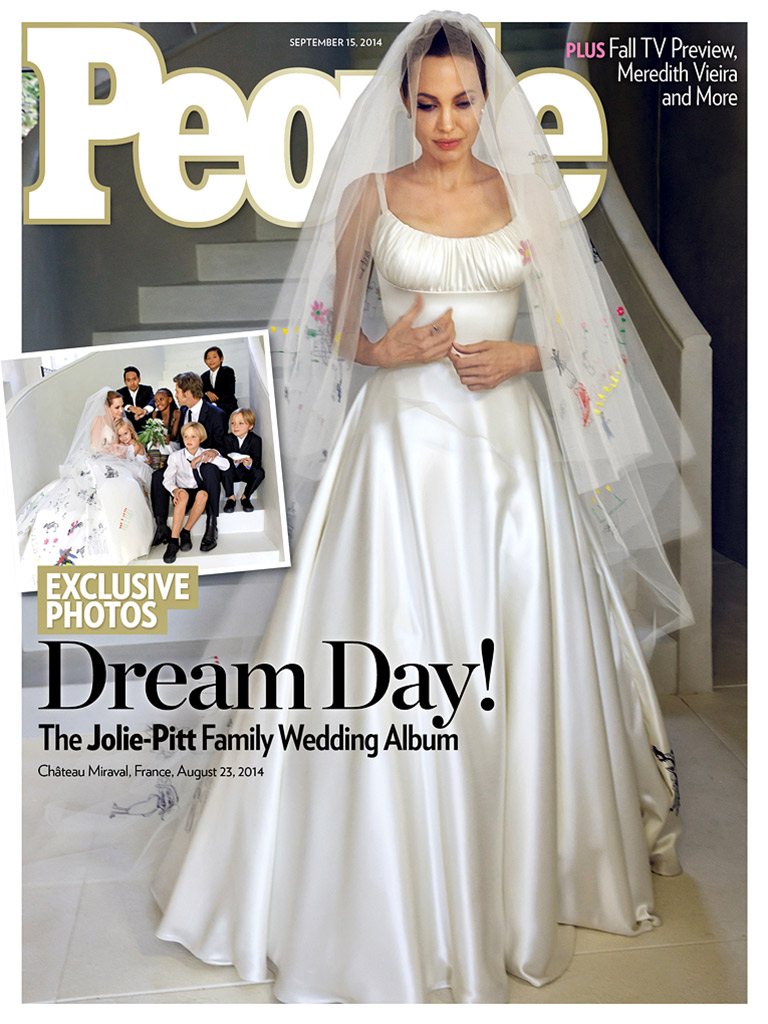 Angelina Jolie and Brad Pitt surprised the world with the announcement of their wedding which took place on the 23rd of August 2014 surprised many as the couple managed to keep the occasion completely secret from the public.

Now we get our first look at the couple on their special day alongside their 6 beautiful children. The wedding had only 20 guests – just close family and friends. People Magazine reveals that;

Each child had a key role to play: Eldest sons Maddox, 13, and Pax, 10, walked their mom down the aisle; flower girls Zahara, 9, and Vivienne, 6, tossed petals gathered from the garden; and Shiloh, 8, and Knox, 6, served as ring bearers. The kids also helped write their parents’ vows. And Pax baked the cake! Luigi Massi, the master tailor at Atelier Versace, sewed dozens of designs from her children’s drawings into the dress and veil.

Hello Magazine, one of the magazine which scooped the exclusive, shared these details;

As the incredibly natural photos show, the pair chose to marry in a ceremony on 23 August that was as simple as it was intimate. There’s the first look at Angelina in her breathtaking wedding gown by Luigi Massi of Atelier Versace, the veil covered with artwork by her and Brad’s children – Maddox, 13, Pax, ten, Zahara, nine, Shiloh, eight, and six-year-old twins Vivienne and Knox.

“It was important to us that the day was relaxed and full of laughter. It was such a special day to share with our children and a very happy time for our family,” Brad and Angelina told HELLO!. 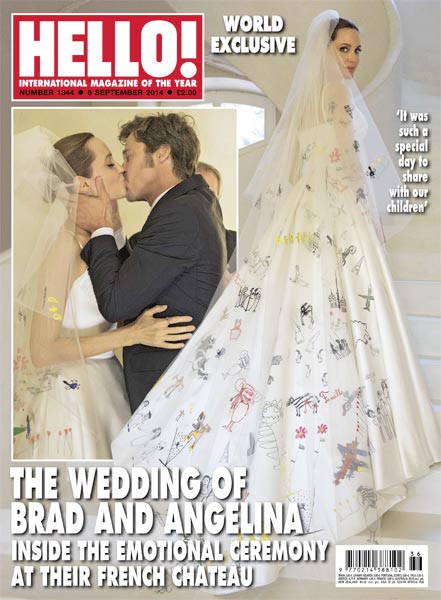