Are You Ready for Jumia's Black Friday?! 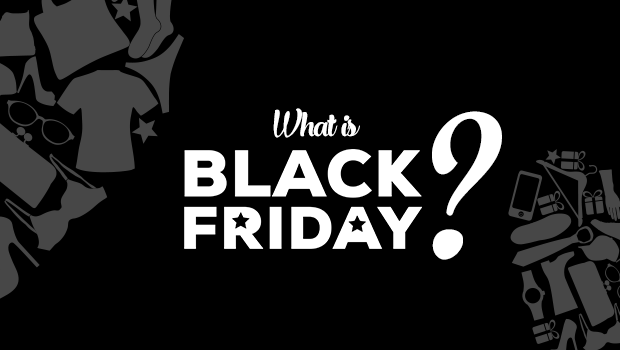 If you didn’t know any better you would think Black Friday was a national worldwide holiday. Such is the level of global excitement and anticipation channeled towards it by enthusiastic shoppers who know that on that faithful day, they have the rare opportunity of grabbing a wide range of top quality products for just a fraction of their standard market price!

Black Friday has grown to become a worldwide craze with last year providing Jumia with some staggering figures. Take a minute to digest this!

The United States of America alone recorded 141 million shoppers on Black Friday who spent a whopping $57.4 billion buying their desired products at markdown prices! That is almost all of Bill Gates money spent up in just 24 hours! In the UK, individuals spent an average of 15.3 hours shopping online during Black Friday! You begin to wonder how they managed to fit in work, sleep, and eating into the remaining 8.7 hours of their day!

In Canada, shops and malls opened as early as 12AM in a bid to cater for and reduce the teeming numbers of customers who had camped outside their stores looking to secure the best deals. News even made the rounds that some people had taken to travelling (by land, sea or air) to neighboring countries with the aim of grabbing bargains they knew they could not get in their country. Talk about International Trade!

Last year in Nigeria, the whole nation was left in a state of frenzy with the news that Nigeria would be embarking on its first ever online Black Friday sale. The sale which was organized by one of Nigeria’s number one retailers, Jumia.com afforded Nigerians the opportunity to experience deals and discounts that even their online counterparts in the US and elsewhere would be envious of. There has been confirmation to all that have been suspecting that the company witnessed an unprecedented amount of web traffic with thousands of unique visitors storming to the website during the course of the day. The IT department was left cursing their luck as they had their hands full soliciting for and engaging their back up servers to help accommodate the heavy traffic. This year it would not be farfetched to hear that the number of visitors had quadrupled.

Black Friday can best be described as a blessing; some have gone as far as describing it as the Christmas before Christmas.

This year Nigerians have the chance once again to stock up their homes, offices, places of worships, schools and more with much needed merchandise for just a fraction of their initial budget. People who have been saving up for Christmas will realize they have the chance to splurge and still save a lot all thanks to this significant day.

Nigerians who participated in the sale last year went on social media websites like Facebook and Twitter bragging about the bargains they had snagged. Talk like “I didn’t believe Jumia would really sell such an outstanding phone for such an outrageous price“; “I almost could not believe my eyes when I logged on to Jumia this morning“, and many other testimonies of such littered the cyber world during that period. Other known online retail stores in Nigeria also jumped on the trend with promised deals that customers later accused of being hoaxes with a few of these websites crashing to the dismay of anticipating shoppers.

Aminat Abdul, one of the Jumia Black Friday 2013 shoppers described her experience by saying “It is one of my best shopping experiences ever. The prices were unbelievable and for a second I considered calling Jumia to inform them that they seemed to have put up wrong prices then I remembered it was Black Friday; I bought a lot more than I thought I would and still didn’t go over my budget. I was very impressed. Now for me, Black Friday has become the day I look forward to the most all year round“.

Tunde Ogunyomi, a Jumia supplier said “It was almost too good to be true. On that single day I was able to rake in the type of profit I could only expect to make for the duration of a full month. I even had problems taking account of the amount of stock I supplied on that day. The influx of orders was overwhelming. This year I am very much prepared. For the first time ever I have counted all my chickens before they have hatched *laughs*”.

Isio Knows Better: Help Me, Domestically… Nothing Else