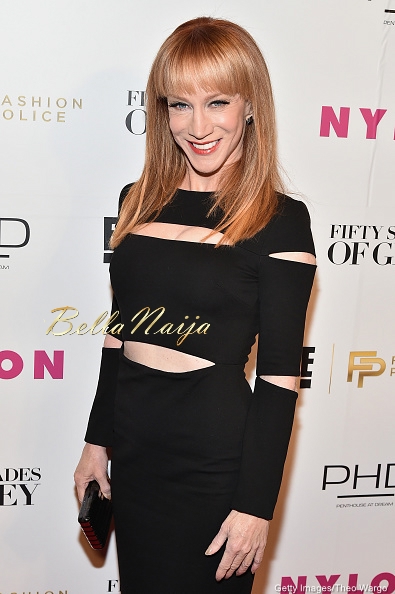 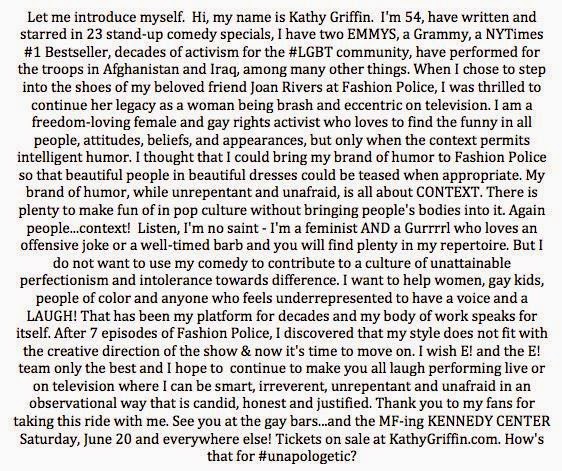 Kelly Osbourne, who exit the show 2 weeks ago (click here if you missed it), tweeted her support for Kathy, with a photo of them kissing.

I could not be more proud of you @kathygriffin you have my love and support always! pic.twitter.com/0P4yWecUA2

While E! Network has thanked Kathy Griffin for her contribution to the show, there has been no word on who will be replacing her or Kelly Osbourne.

In a statement, the channel said the next episode will air as scheduled March 30 with remaining co-hosts Giuliana Rancic and Brad Goreski, and with Melissa Rivers, Joan’s daughter, as executive producer.

‘I was so hungry and ashamed’, Viola Davis Talks about Growing up with No Food & Digging through Dumpsters