Happy Anniversary to one of our favourite sites – The Naked Convos. To celebrate their sixth anniversary, the site has made a major power move by becoming the first online community in Nigeria to pay public contributors. 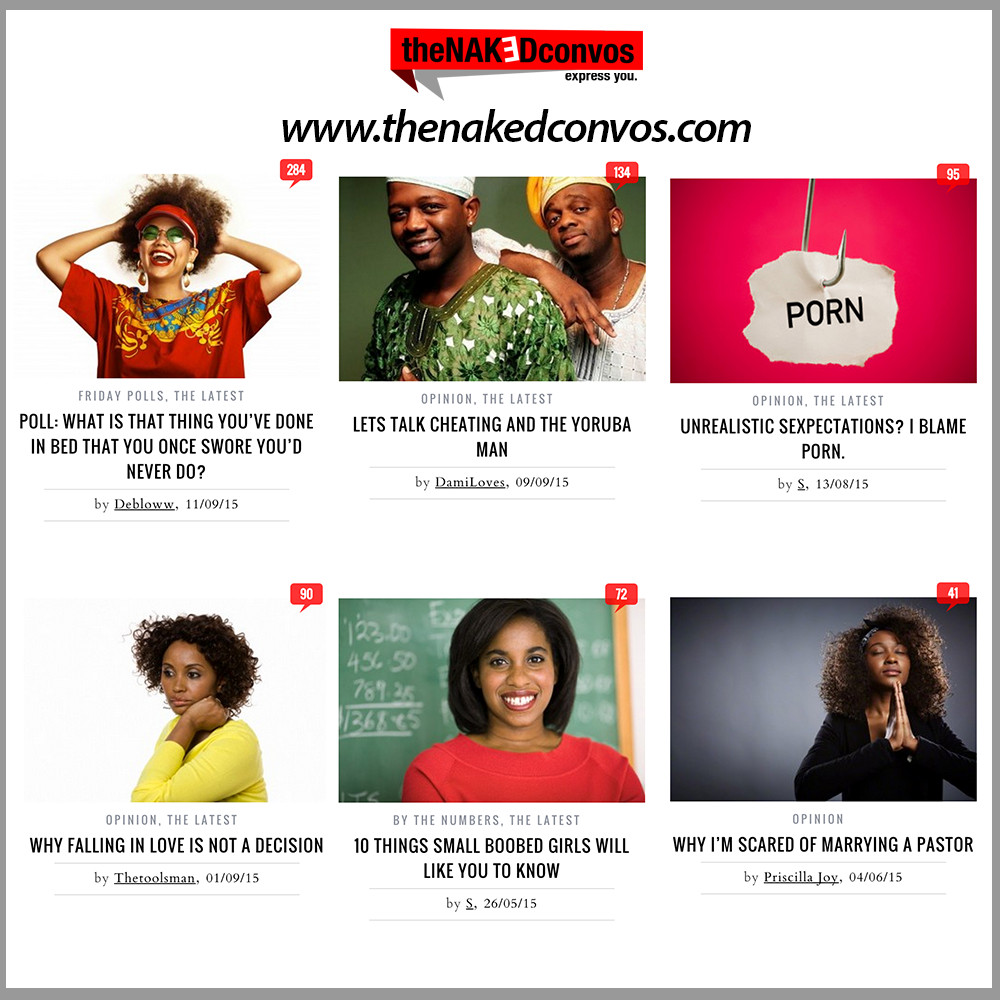 The Naked Convos (TNC) is an online platform for expression. The tagline, “Express You”, is a simple summary of The Naked Convos’ goal, which is to be a platform where young Nigerians and Africans are free to express themselves: their identities, their struggles, their ideas, their opinions and their stories, without being restricted to the conventional boxes of what is expected of an African youth. In addition to their thriving online presence, TNC regularly hosts offline events, meet-ups that connect the online community in real life as well.

In 2015, The Naked Convos marked its 5th birthday, and opened up the platform to invite contributors to submit their stories, articles and opinion pieces – in addition to the regular columnists. Anyone who had something to say was eligible to participate, and, with 200 contributors in just one year, the experiment proved to be more than successful.

With 120,000 comments from over 2,500 posts, it is clear that a lot of young Africans are eager to express themselves, and the variety of content was evidence that these young people have ideas and opinions that go beyond the established stereotypes.

As TNC moves into its 6th year, it is introducing a revolutionary idea into the Nigerian online publishing space, by becoming the first online platform in Nigeria to pay every single one of its contributors. All writers, regular columnists and one-off writers alike, will get paid for every piece that is published on the site.

Beyond the written word, TNC is expanding into other forms of media: theatre, audio and video content alike. In 2015, they adapted a written web series from their site into a stage production. Titled, “Colour Me Man”, it was adapted to stage by the award-winning writers, Abiodun Kassim, Ikenna Jude Okpala, Oluwole Talabi and Pemi Aguda. It was directed by Najite Dede (V-Monologues, The Johnsons), produced by Lydia Idakula Sobogun, it starred Deyemi Okanlawon (Gidi Up, Dowry), Timi Charles-Fadipe, Toju Ejoh, Seun Kentebe, Ola-Rotimi Fakunle and Simi Hassan. Following amazing reviews, “Colour Me Man” will return to the stage in the first quarter of 2016, and all contributors whose ideas are converted into different media will also earn a percentage of profits from the productions.

Speaking in Lagos, Founder and Online Editor of the site, Olawale Adetula, said,

“We are doing this to encourage everyone out there – from writers who have despaired of ever getting remuneration for their creativity, to people who just have something to say but lack the incentive to do so – to realise that passion can be rewarded. We believe that every voice carries a valid and relevant opinion, and that everyone has a right to be heard. We know that the current stereotype of the average Nigerian/African youth has been dictated by the loudest and most vocal of us, and we have come to see that that is not always completely representative of our reality. We believe in the power of the media to expand and change mindsets, and this is our goal, to be a platform where every individual has a voice; where you can freely, “Express you”.”

To be a part of The Naked Convos, and to find out more about us, please visit us online on www.thenakedconvos.com

Get Your Favourite BBM Sticker Packs, Cash Back in Your Firstmonie Wallet and a BBM Passport Phone in 5 Steps