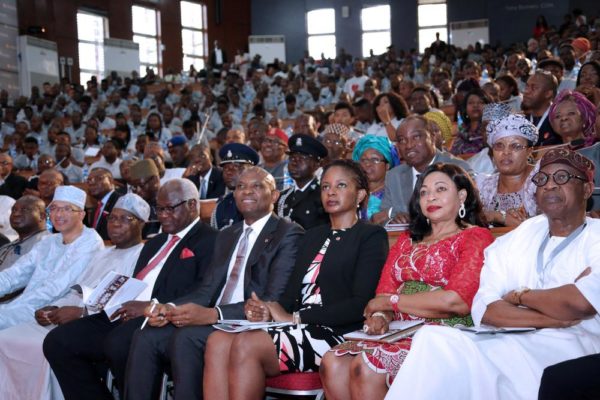 The Forum celebrates the 2016 cohort of Elumelu Entrepreneurs, selected from over 45,000 applicants. It is the annual highlight of the Tony Elumelu Entrepreneurship Programme (TEEP) and saw the presence of leading policy makers and business leaders from across Africa giving their support to the Foundation and its promise to identify, train, mentor and seed 1,000 entrepreneurs in a decade-long $100 million commitment.

Following the Forum, each entrepreneur is eligible to receive up to $10,000 to implement their business plan.

Applauding Tony Elumelu’s promise to not only empower entrepreneurs, but also to tackle the fundamental economic challenges confronting the African continent, His Excellency Ernest Bai Koroma, the President of Sierra Leone called on others to emulate Elumelu. “Even when we had Ebola in Sierra Leone, Tony was there. His is an example which other successful Africans must follow,” he said.

Focusing on the uniqueness of TEF’s approach to entrepreneurship development, President Koroma hailed the programme as “a genuinely innovative approach to philanthropy in Africa – an African offering African solutions”.

“What is unique about this programme is that it not only provides a platform for entrepreneurs to build connections, but they are also being taught how to build their businesses in a sustainable way. Other philanthropists will be inspired to support and promote this philosophy” the President concluded. 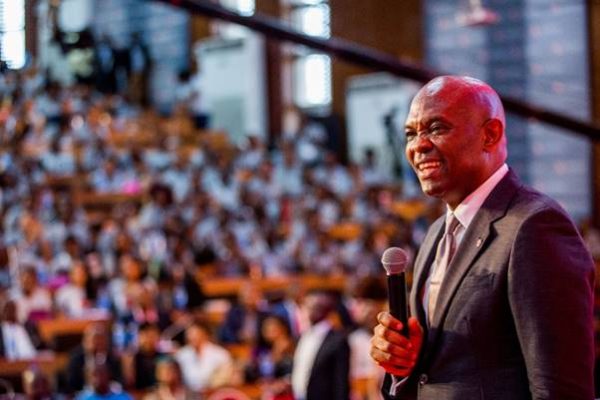 In his keynote speech, Elumelu said:

I salute those here, our ambition is that you become ambassadors for entrepreneurship in Africa – you are a generation of wealth creators, who share our commitment to the economic and social transformation of Africa. Let me tell you about Momarr Mass Taal, the CEO of Tropingo Foods, who has turned his first $5,000 seed capital received from the Foundation last year, into a $1.2 million revenue business. I want many more of these! However, as excited as I am about the 2,000 entrepreneurs that we have selected, this gathering is in some ways bittersweet, as I reflect on the 63,000 ideas we were unable to select – our commitment is to all entrepreneurs in Africa.

Elumelu challenged all stakeholders from the public and private sectors, civil society, multilateral organizations and all individuals invested in Africa’s economic development to join hands with the Foundation to support the wider African entrepreneurial community.  “We need to support our entrepreneurs because extreme poverty and economic opportunity rarely coexist in the same place.”

He also announced partnerships with regional institutions the African Development Bank, ECOWAS, and others, including Coca Cola, the International Trade Centre, Nigerian Ministry of Information, Culture and Tourism and Côte d’Ivoire Ministry of Entrepreneurship.

The two-day forum buzzed with energy as entrepreneurs shared and gained knowledge, built cross-border partnerships, and connected with investors and policymakers, fulfilling the goal of fostering innovation and collaboration between entrepreneurs from across Africa.

On Day One, attendees benefited from masterclasses on traditional and alternative means of financing, sales and marketing, as well as sector specific workshops and an in-depth session on Africapitalism –  Elumelu’s economic philosophy that identifies the leading role of Africa’s private sector, including its entrepreneurs, in Africa’s transformation.

In her opening remarks, Awele Elumelu, CEO of Avon Medical, Trustee of the Foundation and wife of Founder, welcomed the entrepreneurs to Lagos and commended their drive and effort in finding solutions to some of the continent’s most pervasive challenges. The CEO of the Foundation, Parminder Vir, invited entrepreneurs in the audience to continue to build the future and to challenge the flawed perceptions of Africa.

Opening the High-Level Panel, Alakija congratulated the entrepreneurs, praised TEF’s focus on entrepreneurship and shared her own personal story of perseverance to demonstrate the entrepreneurs need for resilience and doggedness. Former President Olusegun Obasanjo hailed Elumelu’s perseverance and focus on giving back. “By every means, God has made His face shine upon you. You are not the only one, but unlike you, some others do not have the idea of empowering the next generation of Africans in the manner and scale that you are doing.”

He further emphasized patience to the young entrepreneurs. In his words, “For strength in life you need a bit of adversity.” He also called on the Nigerian government to implement policies that encourage investors and entrepreneurs to do business in Nigeria. Former Prime Minister of Benin, Lionel Zinsou, commended the Tony Elumelu Foundation, stating “What Tony Elumelu is doing is the exception, not the norm.”

Damilola won 2 Million Naira! Meet the September winners of the Fidelity “Get Alert in Millions Promo”