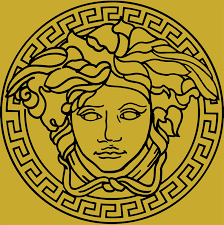 Italian design brand, Versace, is facing some charges for using a secret code to alert workers when an African American person enters the store. A former employee who experienced this firsthand is suing the brand for unpaid wages and damages.

In the lawsuit, Christopher Sampiro, 23, claims that the employees at the Bay Area Versace store used the code word ‘D410’ to casually let each other know when a black person walked into the store. The same code is also used in identifying all black clothing.

The Plantiff, who self-identifies himself as one-quarter African American replied his manager when he became aware of this practice by asking, “You know that I’m African American ?” After this occurrence, Sampiro claims he was denied rest breaks and a “legitimate” training. He was fired two weeks later.

The management told Sampiro that he was laid off because he hadn’t “lived the luxury life” as stated in the lawsuit.

Versace has denied the allegations and filed a request for dismissal of the suit. Though this is not the first time the Italian fashion house has been accused of similar questionable actions related to race.

The brand’s ad campaign for Fall 2016 got a lot of criticism which featured Gigi Hadid. The model was showcased as a matriarch of an interracial family. With the 2-year-old model depicted as a mother of two small children. One of the black children, appeared to be strapped into its stroller with a metal chain.

In reaction to the observation and criticism, Versace released a statement saying that: “The campaign is made of a series of tableaux, some real-life and some fantastical. One part of the story is very glamorous, almost a fantasy, a kind of dream. The other part of the story is the same people but in their real lives”

This isn’t the first time this is happening in the world of fashion, another brand accused of same questionable actions related to race is Zara.

Stop Visiting Ibori in London, You are Creating More Problems for Him – Emmanuel Uduaghan Warns