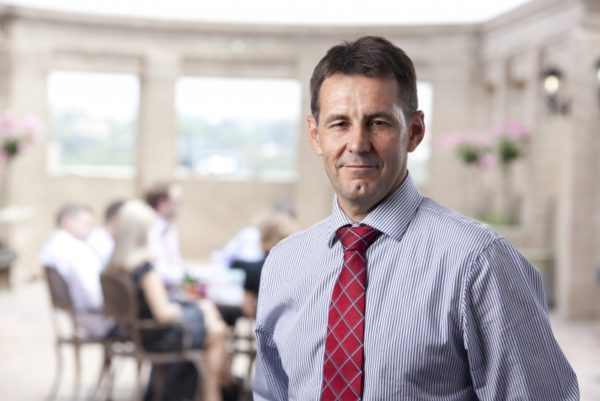 Africa’s boards remain under significant pressure to continually transform and to ensure that they have the right expertise, experience and diversity to be an effective board in today’s rapidly-changing business environment.

Gerald Seegers, Head of People and Organisation for PwC Africa, says: “Within the foreseeable future the makeup of the board will change to reflect increased business risks and it is predicted that non-executive directors will become specialised professionals.”

“Over the past decade we have seen significant improvement on matters such as independence and the mix of quality of non-executives on our boards. The first edition of this report preceded King III by two years, at a time when there was a void in reporting remuneration and a lack of corporate governance for executive remuneration. We are now at the point where King IV is the standard by which all organisations are expected to be governed,” Seegers said.

Boards will need to be more agile and able to adapt as quickly if not faster than the speed of change in technology and the environment and in so doing, become more effective.

Gender diversity
Global and local trends show that some progress has been made in the increase of gender and racial diversity in shaping the board of the future. However, more needs to be done. A number of factors constrain women’s economic empowerment. Global research suggests that gender norms and discriminatory social patterns, labour market characteristics, legal, regulatory and policy frameworks as well as fiscal policies are not conducive to gender equality.

The impact of King IV
In order to keep abreast of ever-changing corporate governance and regulatory developments both internationally and locally, the King IV Code was released on 1 November 2016. King IV has brought about a number of enhancements, particularly in relation to NEDS of small and medium enterprises (SMEs).

These include: The enhancement of board independence is encouraged as SMEs are encouraged to consider inviting an experienced and competent person to serve as an NED and ideally as an independent director. There is also an increased focus of the professional development of directors of SMEs who are not experienced NEDs by encouraging them to undergo corporate governance training to ensure that they are adequately equipped to fulfill their fiduciary duties. In addition, King IV encourages the board to regularly rotate NEDs to ensure that there is a balance of power, as well as to maintain the objectivity of NEDs, which should be one of the main contributions of an NED to the board.

Fees paid to non-executive board members of JSE listed companies
Of the 2 248 non-executive directors, 346 are paid in foreign currency. A decline in total fees paid in pound sterling to non-executives serving on South African boards took place during the 2016 reporting period as a result of the Brexit exit vote.

The median chairperson fee across the entire JSE has risen by 10.2% to R520, 000 (from R472, 000 in 2015). The increase at median level for all non-executive directors serving on the boards of all companies on the JSE was 8.2% (2015:4.9%). This saw overall fees increase at the median level from R319, 000 to R345, 000. The median fee for lead independent directors increased by 6.8% to R967, 000 (2015: R924, 000). Possibly the most significant contribution is the lead directors’ dialogue with CEOs about substantive business matters or governance issues. As companies gain more experience and feel higher levels of comfort with lead directors, their roles are likely to continue to evolve.

Other African stock exchanges
The report analyses seven markets outside South Africa (Botswana, Ghana, Kenya, Namibia, Nigeria, Tanzania, and Uganda), which have an aggregate of 402 listed companies with 1691 non-executive directors serving on their boards. Although non-executive directors received reasonable increases overall, the impact of currency weaknesses against the US dollar has limited the increases. Overall, the total fee paid to chairpersons at median level for the seven selected sub-Saharan African exchanges is $45,000 (2015: $44,000). Total fees paid to non-executive directors at the median level for the seven exchanges are $25,000 (2015: $24,000).

It is positive to note that all sectors now have a majority of independent non-executive directors. “This trend is very encouraging and industries are now moving towards the two-thirds mark,” Seegers adds.

Regulatory trends in the boardroom
Globally, the corporate landscape continues to evolve, with shareholders and other stakeholders demanding to know how executive remuneration correlates with a company’s’ financial performance. Non-executive directors are expected to be the guardians of sound corporate governance, and therefore their independence is closely guarded in many jurisdictions. Although non-executive directors’ fees are not under the same level of scrutiny as remuneration of executive directors, it does not mean that there is no basis for questioning them.

“It will be interesting to see how non-executive director fees will be impacted by the global shift towards justification and transparency in corporate governance, as countries place more emphasis on curbing executive remuneration,” Seegers says.

Related Topics:PricewaterhouseCoopers (PwC)
Up Next