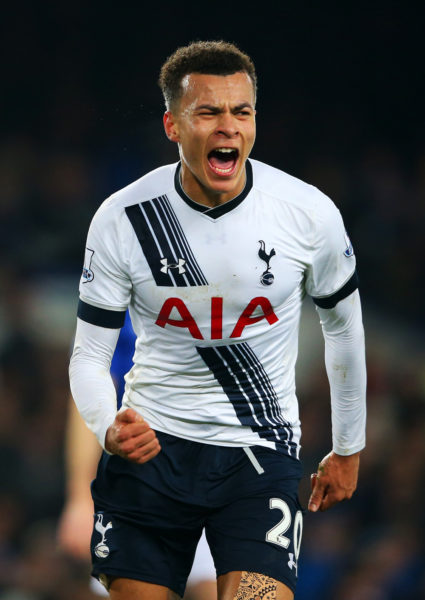 Tottenham midfielder Dele Alli has been banned for three European matches after being sent off against Gent at Wembley in the Europa League in February, BBC reports.

Alli received a straight red card for a challenge on Brecht Dejaegere in the 2-2 draw.

The ban means Alli will miss half of Tottenham’s Champions League group campaign next season if they qualify by finishing in the top 3 of the English Premier League.

Meanwhile, Arsenal also faced UEFA’s punishment after been fined £4,300 for the lack of discipline shown by their fans against Bayern Munich in the 5-1 loss at Emirates Stadium.

UEFA went further to fine Bayern Munich £2,600 after their supporters delayed the tie at Emirates stadium by throwing rolls of paper into the pitch in protest against ticket prices.

Saint-Etienne has also been fined £43,000 after their fans set off fireworks and threw objects during their Europa League encounter against Manchester United at Old Trafford last month.