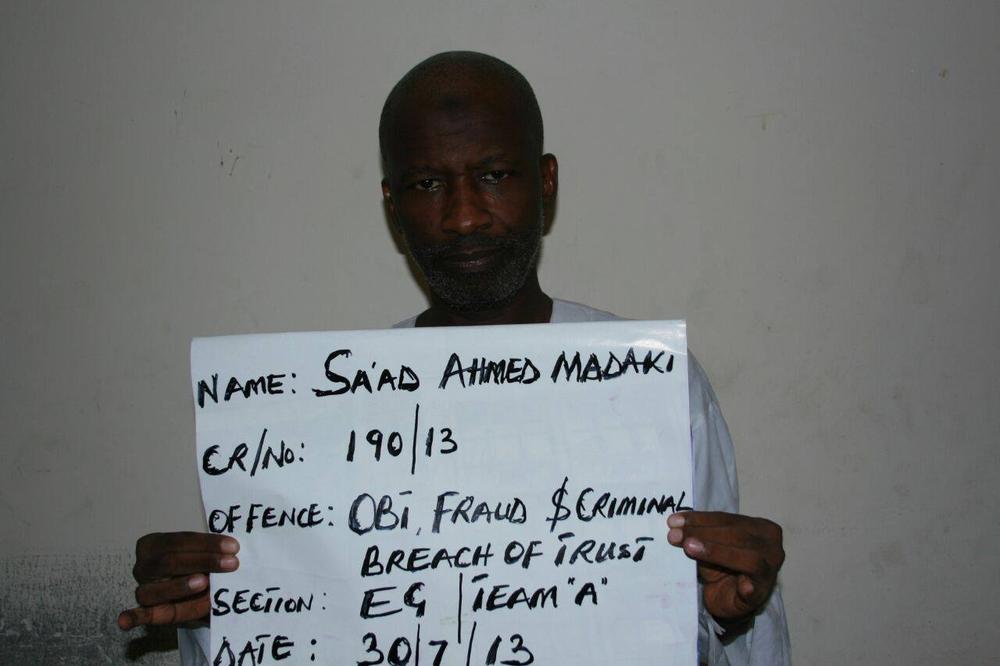 The Economic and Financial Crimes Commission today April 4, 2017 arraigned one Sa’ad Ahmed Madaki before Justice Jude Daggard of the Federal High Court Kano on one count charge of obtaining by false pretense.

The charge reads that, “You Sa’ad Ahmed Madaki sometimes in 2011 at Kano within the jurisdiction of the Federal High Court with intent to defraud did obtained the sum of N200,000,000 (Two Hundred Million Naira Only) from one Auwal Abdulkadir on the pretext that you would produce industrial plastic and sack packaging machinery and equipment for the said Auwal Abdulkadir which pretense you knew to be false and you thereby committed an offense contrary to section 1(1)(a) of the Advance Fee Fraud and Other Fraud Related Offences Act, 2006 and punishable under section 1(3) of the same Act”.

After listening to the charge, the defendant pleaded not guilty and the case proceeded to trial with the prosecution calling the nominal complainant as a witness.

According to the complainant who was led into evidence by the prosecution counsel, N.K Ukoha, the defendant induced him to part with the sum of N200,000,000 (Two Hundred Million Naira Only) under the pretext that the money was for the establishment of Polythene Bag Making Company. He disclosed to the court that the defendant collected the money from him in trenches between 2000 and 2011.

The second prosecuting witness, an operative of the commission who is the investigation officer of the case, told the court that the defendant was transferred to the Commission by the Department of State Services who arrested for alleged terrorist activities. The DSS released the defendant to the commission upon realizing that his activities verged on financial crimes.

In respect of the statement made to the EFCC, Justice Daggard ordered for a conduct of trial within trial and adjourned the matter to May 15th 2017 for the continuation of trial.