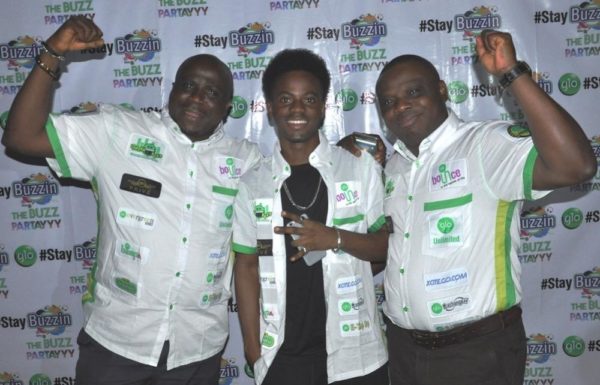 Globacom, on Friday night treated students of the University of Benin, Ambrose Alli University, Ekpoma and the Federal Polytechnic, Auchi to a night of fun in what it tagged Glo #StayBuzzin at the Hexagon Club, GRA, Benin. 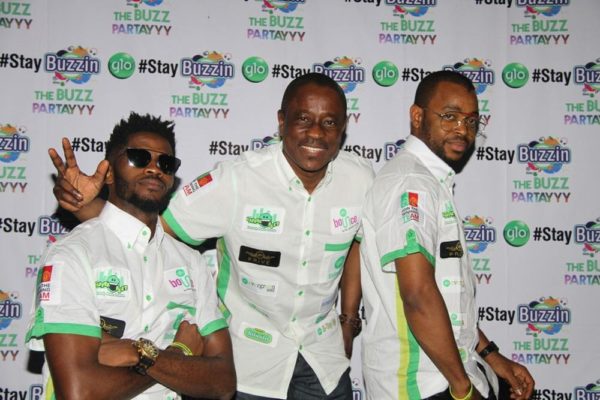 The company also used the parties to introduce Glo Cafe, an app designed for all categories of telecom subscribers, particularly students and youths. It is a one-stop telecommunication solution.  Glo Cafe which offers games, videos, music, sports, entertainment and e-commerce is also positioned as the fastest and easiest way to recharge the Glo account.

The company said: “Glo Cafe is not just an entertainment portal, but also helps customers recharge data and airtime, e-top up, as well as maintain their account status, among other values.  It can be downloaded by existing subscribers by sending Buzz to 288.” 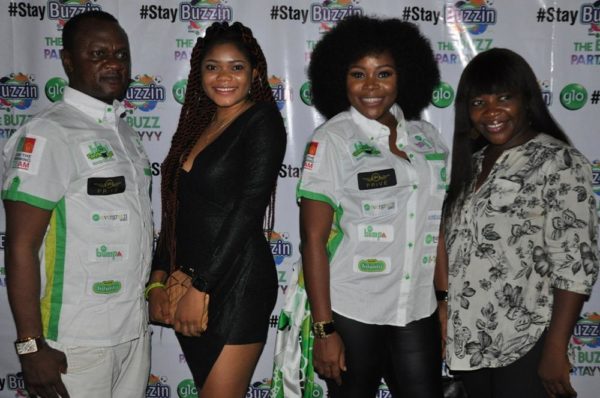 The highly-elated students could not ask for more as the in-house DJ continuously blasted vibes that kept them dancing until the early hours of Saturday. Some of them demonstrated their prowess for comedy, singing and dancing and they got quality gifts as prizes for their efforts.

The duo of two Glo brand ambassadors – ace comedian, Gordons and the most sensational Nigerian female vocalist, Omawumi – anchored the show to the delight of the ecstatic students. 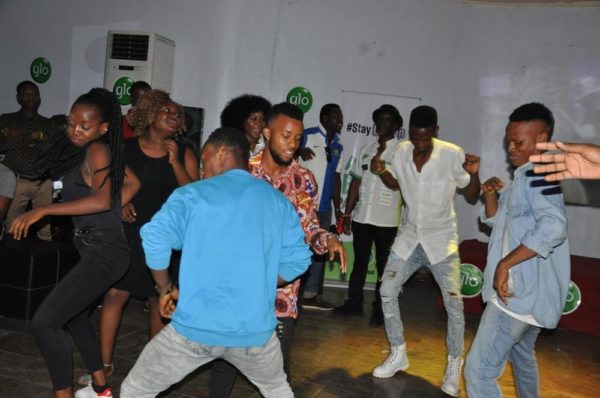 President of the UNIBEN Students Union Government, Lauretta Obakpolor, after the show, commended Globacom for “always finding time to engage the young folks”.

Globacom’s National Sales Coordinator, Mid-West Territory, Augustu-ndu Offor, noted that the Stay Buzzin Party “is to herald a lot of other activities on the Glo network and we can assure you that from now till the end of the year, there will be no dull moment on the network.” 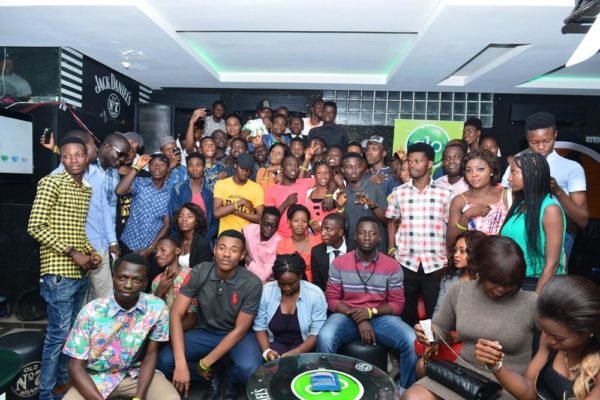 A cross section of guests at the Lagos edition of the #Stay Buzzin party organised by Globacom at House of Haze, Lagos

The Lagos Glo #Stay Buzzin held at the House of Haze near the University of Lagos, where its students and those from the Yaba Polytechnic came out in large numbers to have fun with good music and a rich doze of comedy from Omni, Whalemouth and humour merchant,  Bovi, who anchored the show. The atmosphere was further electrified when megastar and King of the Street, Olamide arrived the party.

Olaniyi Opeyemi, president of the Faculty of Arts students, University of Lagos, had this to say after te show, “I had a whole load of fun tonight. Well packaged show and I give kudos to Globacom for thinking about the welfare of the youths. The Glo Cafe App and the shows will really improve our social, educational and financial life. Glo is indeed representing the Nigerian dream”.

Similarly,  it was fun all the way on Friday night in Abuja as youths from different educational campuses in and around the federal capital territory converged for a night of fun and entertainment at Empire Lodge, Stamford Hotel, Kubwa for the Glo sponsored Stay Buzzing party.

Most of the students came from University of Abuja, Veritas University, Dorben Polytechnic and College of Education, Zuba.

The presence of Glo Ambassador, Sani Danja heightened the excitement as the students took turns to take ‘selfie’ with him.

At Option 24, Ikolaba GRA, Ibadan, I don get alert crooner, Korede Bello dished out melodious songs from his repertoire to the delight of students who came in bus loads from the University of Ibadan, Lead City University and The Polytechnic, Ibadan among other tertiary institutions.

The show was compered by Gbenga Adeyinka, Master of Ceremonies.

It was unbridled fun and entertainment in Port Harcourt when the grand masters of data hosted youths drawn mainly from the nearby University of Port Harcourt to a pulsating Glo #Stay Buzzing party.  They came, dressed up to the nines and ready for dancing action.

Many of the guests went home with goody bags won in various competitions ranging from dancing to quiz and miming, anchored by Port Harcourt-based stand up comic, Senator.

Bisi Koleosho urged the youths to turn up en masse for the forthcoming mega shows, which will showcase the very best in music and comedy from within and outside Nigeria. He also engaged them on the value the newly launched Glo Cafe will bring to students in their studies.