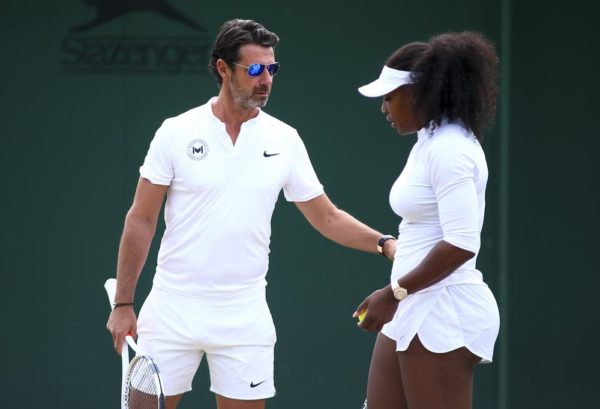 Nadal has made the finals at three – Australian Open, Telcel Open and the Miami Masters – of the five tournaments he has played in 2017 but is yet to win a title. One major reason is because of Roger Federer. Nadal lost to his long-time rival in Australia and Miami, while also losing to him in the fourth round at Indian Wells.

Mouratoglou believes Nadal is losing to Federer because the 18-time Grand Slam champion has changed approach while playing the Spaniard.

Nadal had a troubled 2016 after he was plagued by many injuries which ultimately saw his season end prematurely in October. He has however made a strong start to the 2017 season after appearing in three finals.

Federer is also coming back from a six-month injury absence and has made his best start to a season since 2006. He is currently on a 19-1 win-loss run, which includes three titles – Australian Open, BNP Paribas Masters and most recently, the Miami Masters.

Nadal has won more matches between the duo in terms of head-to-head comparison, holding a 23-14 advantage, but Federer has won the last four meetings between the two, something he has done for the first time since their rivalry began 13 years ago.

The French coach believes the only way for Nadal to turn the tide before the end of the season is to win titles, at least in the absence of Federer.

Federer has pulled out of the upcoming clay-court tournaments at Monte Carlo, Barcelona, Madrid and Rome.

Mouratoglou believes it is a good chance for the 14-time Grand Slam champion to pick up a few titles before French Open (22 May – 11 June) when both players will again be involved in the same tournament.

“Nadal needs to rebuild his confidence against Roger. And in order to do it, he needs to win titles. There is no reason to think that Nadal can’t change the dynamic,” Mouratoglou said

“Rafa is always Rafa. At the Roland Garros he can still have his advantage towards Federer and until that tournament he would have already won a few titles on clay. But that’s not enough, if he won’t correct the defects of this season, not only against Federer, but also against Djokovic and Murray,” the Frenchman added.

Sujimoto Offers Luxury Apartments for Lease at 50% Discount Plus One Year of Free Internet! Get Yours, Refer Someone and Become a Millionnaire