Joshua outrightly refuted the allegation with a clip of Shaggy‘s “It wasn’t me” video.

Faryal has now broken the silence saying the screenshots she sent to Khan were fake stating that there is no truth in what Khan tweeted. She also apologised for everything.

Khan quoted Faryal’s tweet and tagged Joshua, stating that he (Khan) is glad “all is cleared up” and “no truth to it”. Joshua, in response, tweeted “apology accepted”.

See the posts below: 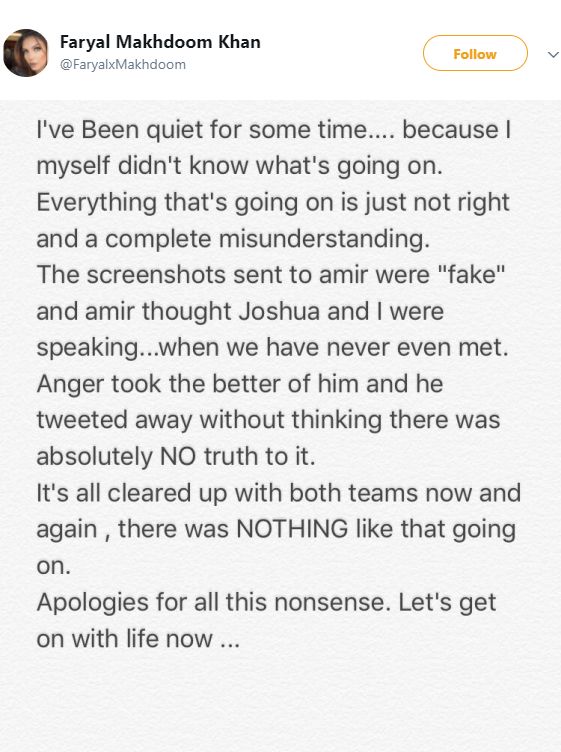 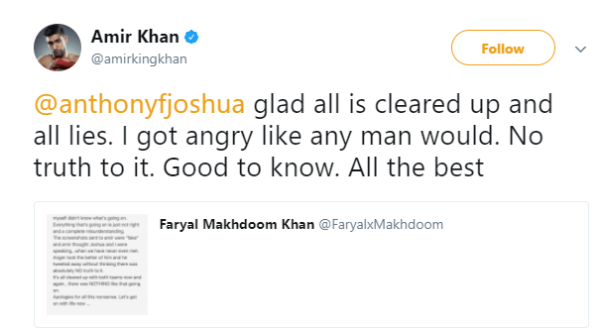 Some commenters have however said Khan’s tweet is not an apology and Joshua was being sarcastic with his response.