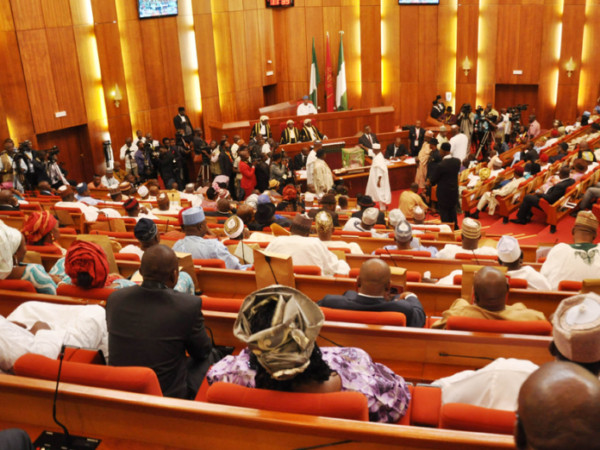 15 senators from the ruling All Progressives Congress (APC) have defected, with 13 of them going to the People’s Democratic Party (PDP). This makes the PDP the new majority in the upper chamber.

The senate’s official Twitter handle disclosed the defection, saying the announcement was made by senate president Bukola Saraki during plenary on Tuesday.

With this development, PDP now holds the majority position in the upper chamber.

Saraki had hinted on the planned defection after the police invited him again over his alleged involvement in the Offa robbery. The senate president had said that the invitation was a plot to stop the defection.

Police officers and officials of the EFCC had besieged Saraki and his deputy Ike Ekweremadu‘s residences on Tuesday in what reports say is a plot to get other senators to impeach him. Saraki however found his way to the national assembly to preside over the day’s plenary.

Editor’s Note: This post has been updated to add that Senator Sunmonu and Nyako defected to the African Democratic Congress (ADC).