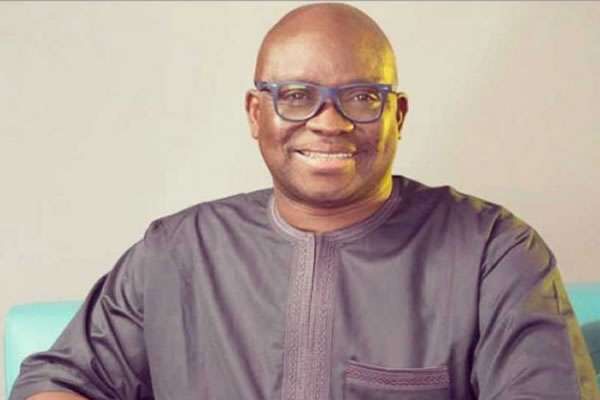 The Ekiti State Governor Ayo Fayose has revealed that he no longer has an intention to run for president in 2019.

Fayose said this in an interview with The Cable through his Chief Press Secretary, Idowu Adelusi.

The Ekiti State Governor had, back in 2017, declared his intention to run for president, saying he was the one with the “required knowledge, understanding, competence” to ensure the country achieves greatness.

Fayose has, however, said he’s decided to “bury his ambition” because the Ekiti election was rigged.

Adelusi revealed that although other People’s Democratic Party (PDP) presidential aspirants, including Atiku Abubakar and Rabiu Kwakwanso, have approached him, Fayose has decided, for now, to be neutral.

Governor Ayodele Fayose has decided to bury his ambition because of the last Ekiti governorship election that was rigged by the APC and we have already filed a petition at the tribunal.

So presently, the governor is more concerned in getting back the mandate of his deputy, Professor Eleka, than his presidential bid.

That’s the preoccupation for now, so for that reason, he has decided to put his ambition aside, and face the petition in the tribunal and make sure the PDP gets its mandate back.