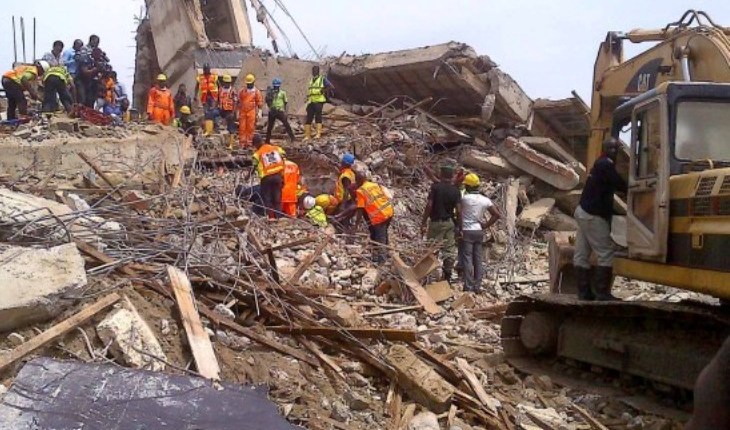 It’s been 18 days since the collapse of a 7-storey building under construction along Woji Road in the Government Reserved Area of Port Harcourt, the Rivers state capital.

About 60 persons were said to be at the site when it collapsed.

Channels is reporting that the death toll has risen to 15 while 31 others have been rescued alive.

Friends and family of those still trapped in the building have taken to social media to lament the slow pace of work at the site as well as the lack of attention given to rescue operations by the government.

Juliet at at today, my friend Morgan and so many others are still trapped there. Their fate remain unknown. But scientifically we doubt if they’ll still be alive. At this point we are even asking for his body to give him a descent rest.

My own is they should help end this over 2weeks of mental torture. We need closure fast on the issue.
They failed to rescue Morgan alive, we won’t allow them give him mass burial on that site.
He deserves better.

There were at least three other excavators on site, but only one was in use. The pace of work I saw? Laughable. But the joke is on us.

Our lives don't matter. My thoughts and prayers are with the families of the people trapped in the building.

However, speaking to reporters on Monday, Ejike Martins, the South-South Coordinator of the National Emergency Management Agency (NEMA) has given reason for the slowness of rescue operations.

The peculiarity of this collapse is such that every floor fell directly on the other; the implication is that the debris will be removed bit by bit.  This is what has made the operation to be seen as relatively slow, this is also the reason it is taking some time,” he said, according to Vanguard.