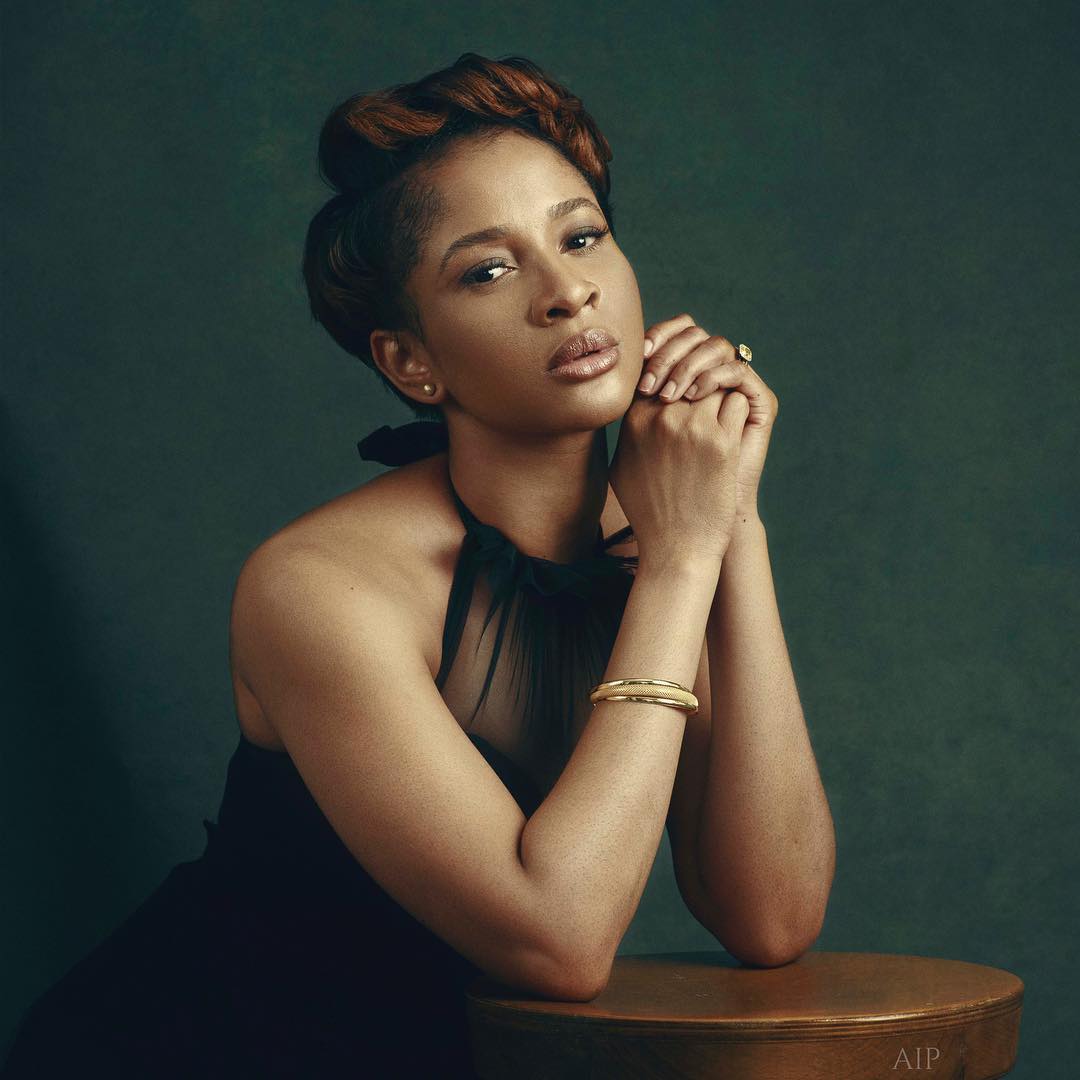 Adesua Etomi-Wellington has nothing but words of positivity for everyone who has reacted to her groundbreaking VOGUE cover.

Click here for our exclusive chat with Adesua about the cover.

Click here for a Super Fun Interview with VOGUE’s Global Stars including Adesua.

While some of her fans have been strongly supportive of her recent achievement, some other people on social media have also had things to say about the cover choosing to focus more on negativity. These two conflicting views have caused some harsh words from her fans on her behalf.

Adesua is however not one for negativity, and she has spoken out to her fans to also maintain a non-abusive approach. 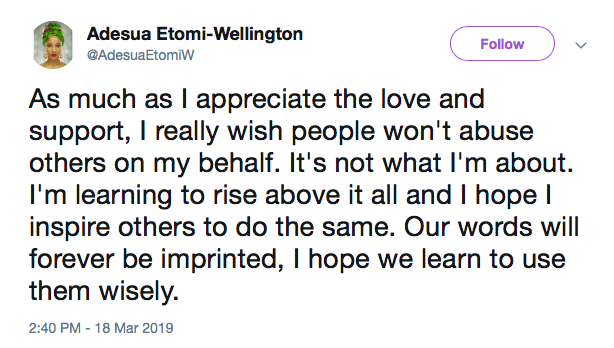 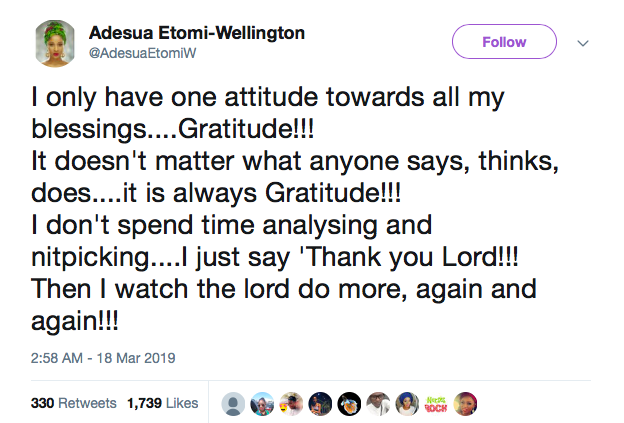 Her fans have admired her stand, with several of them applauding her for her constant level-headedness. 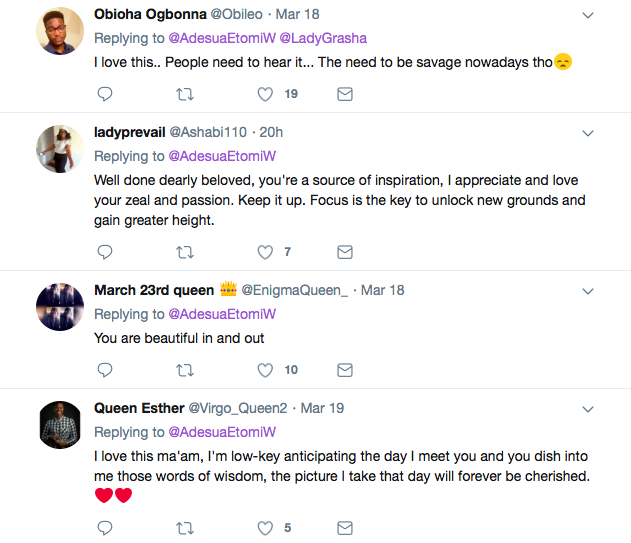 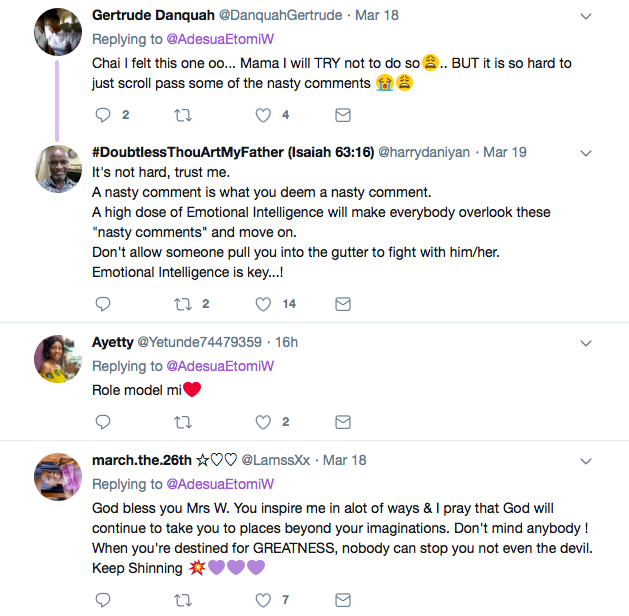 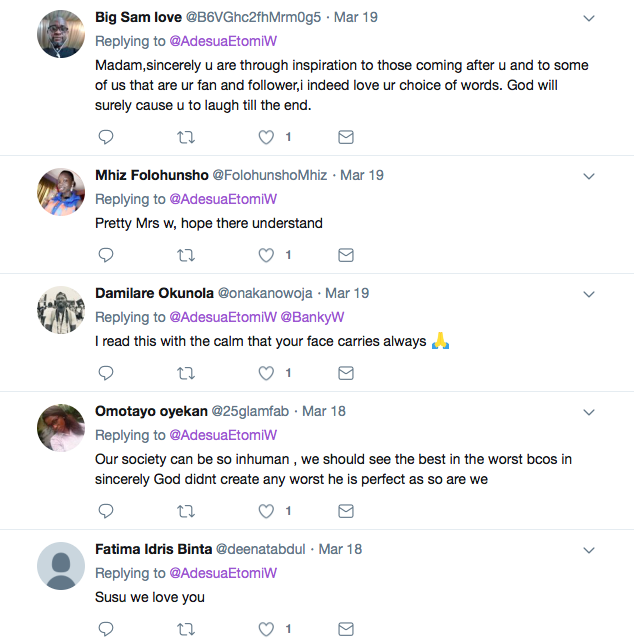 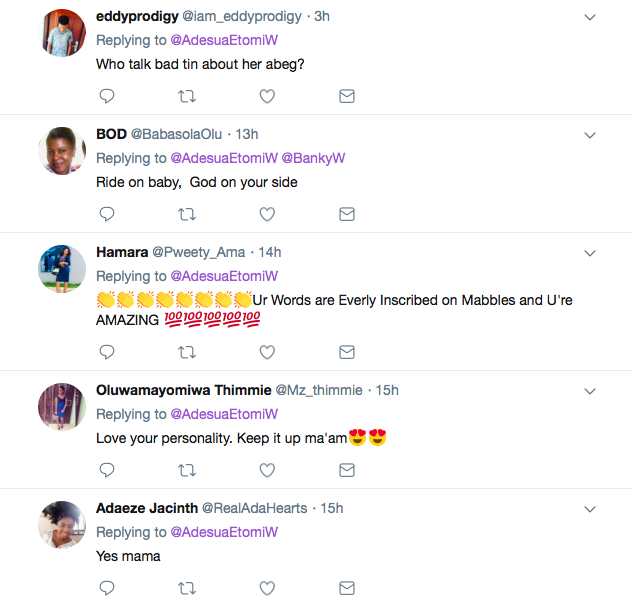 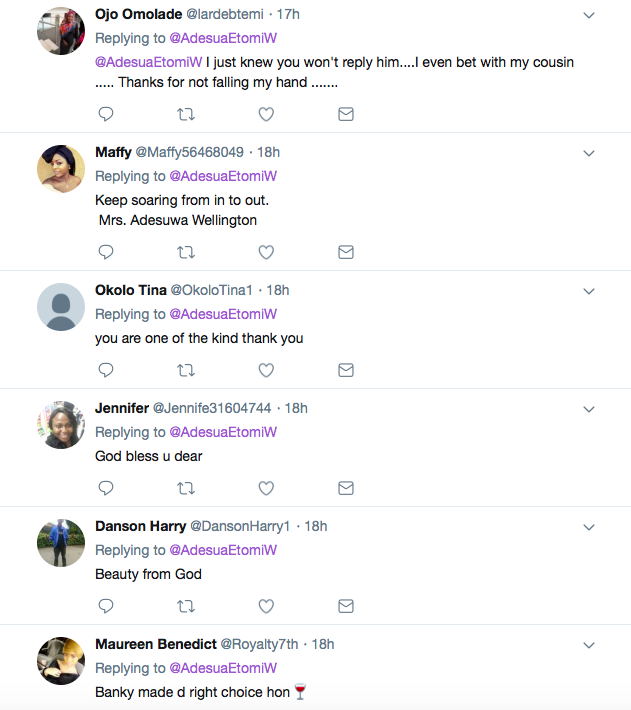