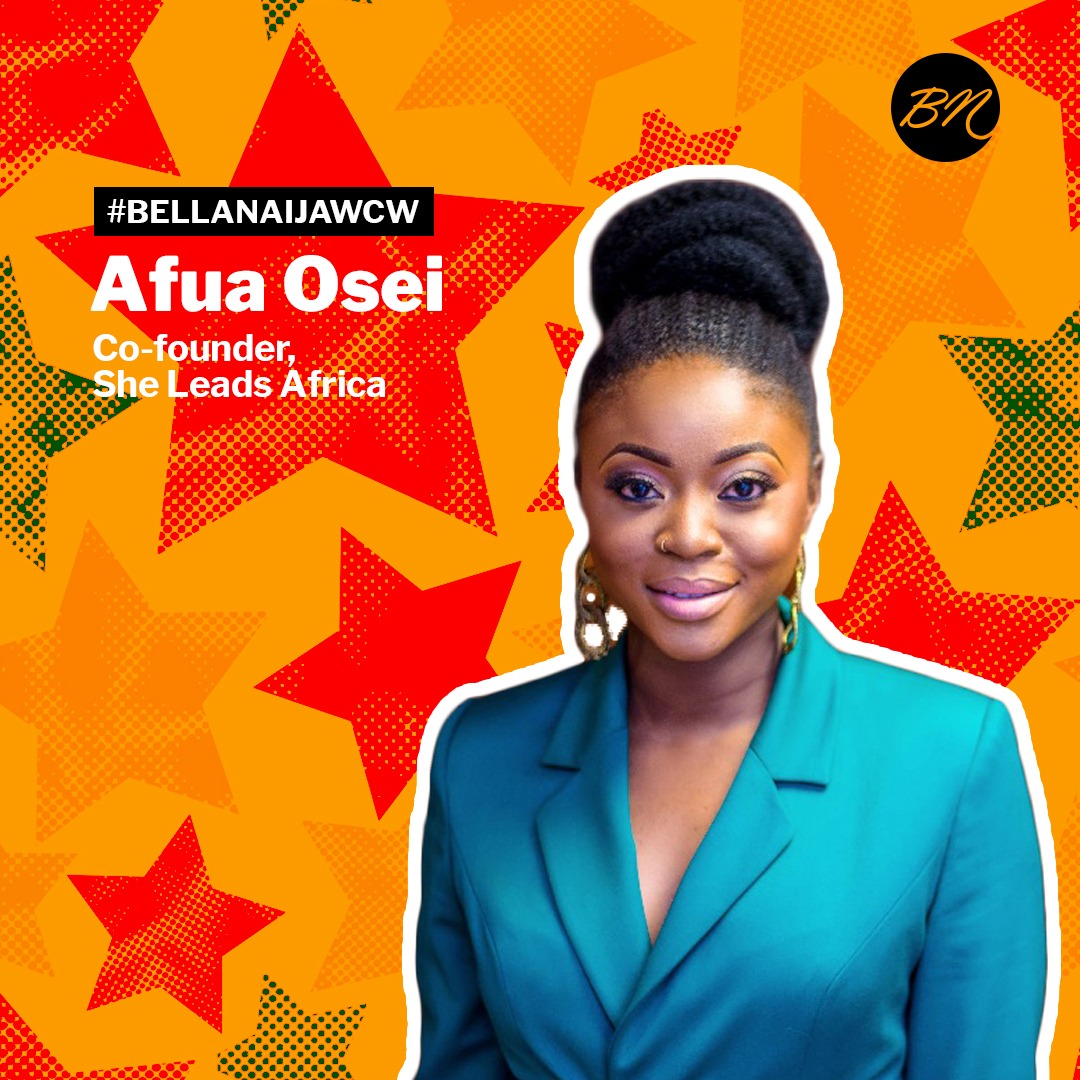 Women empowerment is critical to the advancement of human rights and our #BellaNaijaWCW this week Afua Osei, is one of two women running She Leads Africa, who is doing just that.

She Leads Africa is a digital media company focused on young professional African women, helping them build thriving businesses, and/or grow in their careers.

The platform creates inspiration content across all its digital/social media platforms, as well as hosts offline events across the continent to inspire millennial women to succeed.

In 2014, Afua and her partner Yasmin Belo-Osagie, started the enterprise dedicated to supporting high growth female led startups on the continent.

The duo started the platform based on the premise that there are numerous organisations focused on micro and small businesses, but there’s little or no attention on investing in women with potential to create large enterprises.

Afua moved to Lagos, Nigeria in 2013, to join McKinsey & Company as a management consultant.

She was a Fulbright Scholar in Malaysia and also served in the Office of First Lady Michelle Obama.

She’s been named by Forbes Africa, together with Yasmin, as some of the youngest power women in Africa (2014). In 2016, Ventures Africa named her in its top 25 African innovators to watch list and she’s been named as one of the 30 Quartz Africa innovators in 2017.

We celebrate Afua inspiring the next generation of African women entrepreneurs and professionals who will shatter glass ceilings and contribute to the development of the continent.

Jennifer Nagu: 7 Tips For Getting the Cheapest Flight Tickets this Year