The She Creates Camp is a residential science & technology education and mentoring programme designed to teach girls in secondary schools (ages 13 – 17) to learn to create useful solutions and technologies for everyday living through the application of engineering and scientific concepts, programming, mobile application development and digital content development.

The girls also participated in career talk sessions, team-building exercises and excursions. The career sessions included panels on Women in Technology, Women in Engineering and Women in Medical & Biological Sciences.

Our media supporters for publicity were: BellaNaija, NAN and Tech Cabal, The Nation Newspapers & The Punch Newspapers. Swift Networks provided free, high-speed internet services for the duration of the camp while Laureates College supported the camp by providing the venue.

The camp participants for their excursion were privileged to visit the University of Lagos (UNILAG) Radio and Television Stations on the Akoka Campus. At both stations, the girls learnt about digital transmission and were shown the broadcast equipment used at the stations.

On successful completion of the camp, the girls will be invited to join W.TEC’s Alumnae Network, where they will be kept up to date with future W.TEC and other workshops to build-up their technical skills and network with other camp alumnae from 2008 ‘till present.

Prizes were given out to distinguished participants of the camp at the camp’s graduation ceremony held on Saturday, August 31st 2019. Prizes were given to participants for both group efforts and individual projects, in categories representing, each technical session: Python Programming, Digital Film Production, Mechatronics, Digital Circuits Technologies (Programmable Integrated Circuits) and Website Designing using Mobirise.

In addition, character awards were given to participants, who distinguished themselves in their interpersonal skills with fellow participants, in the following categories: Purposeful, Capable, Blossom, Humor, Congeniality, Courage, Leadership and Prim & Proper.

The Overall Winner’s Prize, went to Miss Kanyinsola Adewole for her steadfastness throughout the camp.
The Miss W.TEC 2019 prize, comes with a high profile technological mentorship with W.TEC All participants of the 12th Edition of W.TEC Technology Camp for Girls in Lagos pose for a group photograph before going for their camp excursion to UNILAG Radio & Television Stations on the University’s Akoka campus. 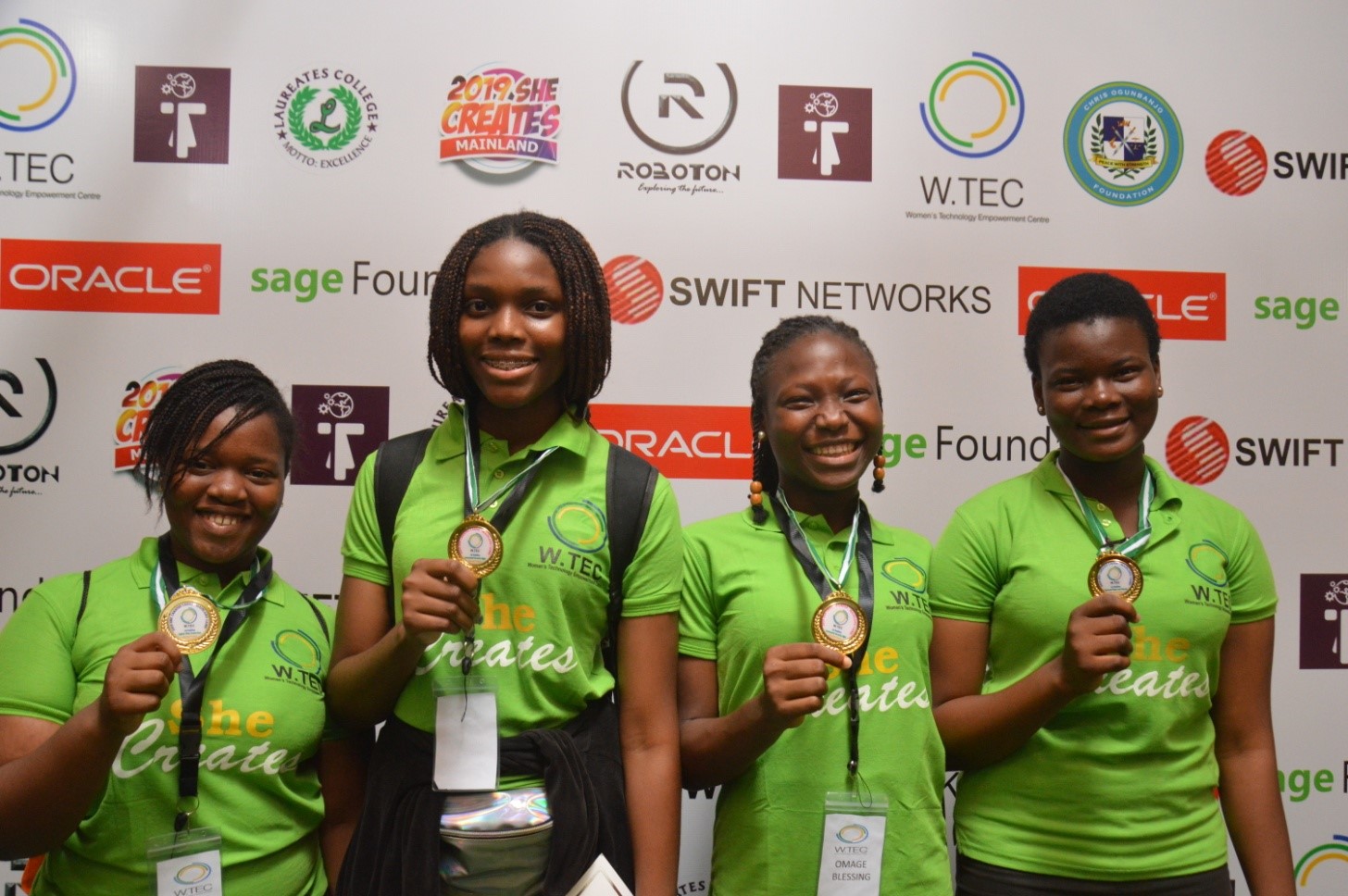 Some participants of the just concluded SheCreates 2019 Lagos, Mainland Camp by the Women’s Technology Empowerment Centre (W.TEC) pose for a group photograph with the medals they won in the various categories for the camp’s projects. 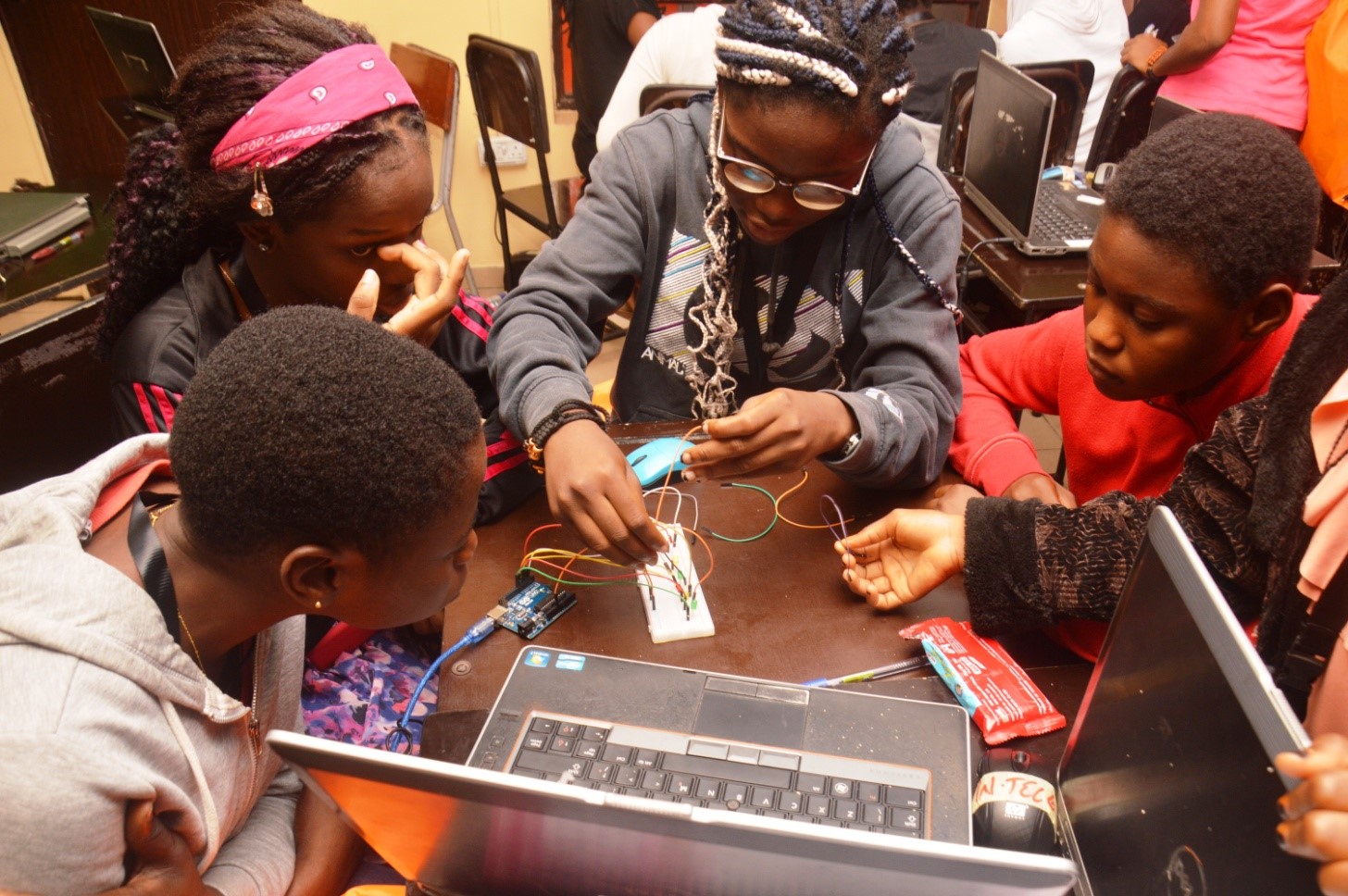