Meghan Markle has made her first public appearance since she and husband Prince Harry announced that they would be stepping back from being senior members of the royal family.

The 38-year-old former actress was spotted at the Downtown Eastside Women’s Centre on Tuesday (January 14).

According to the community center organization’s Facebook page, she discussed “issues affecting women in the community.” 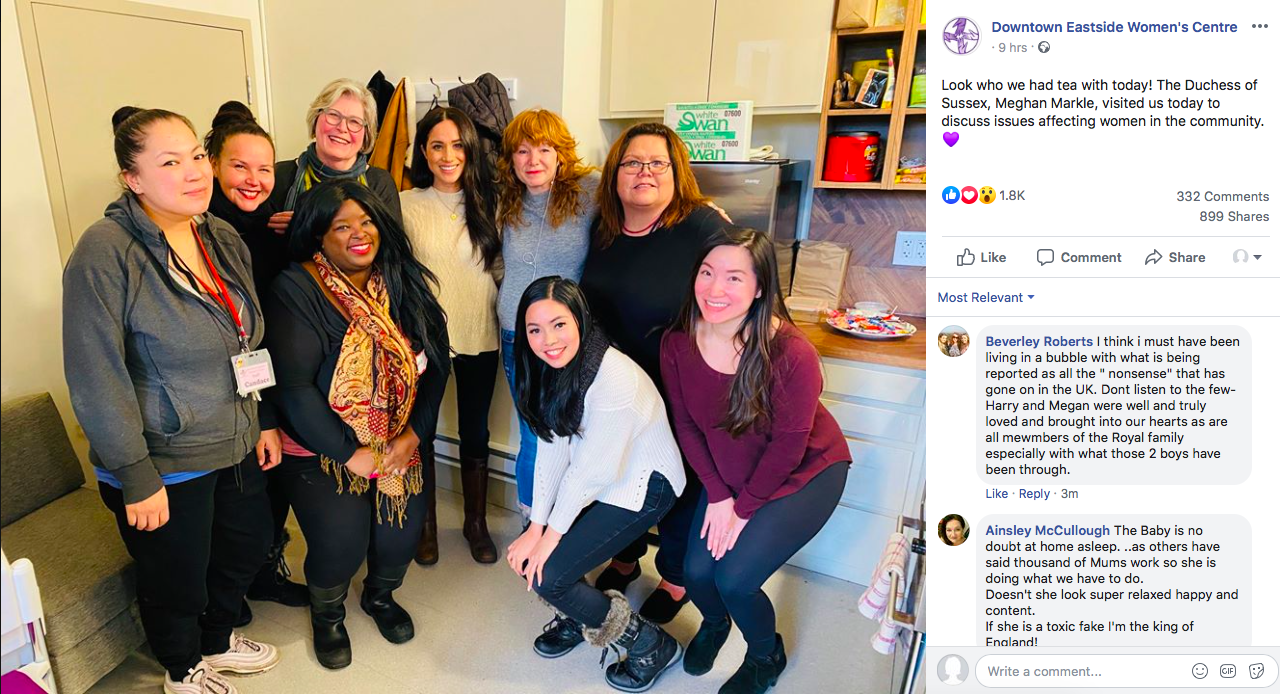 Related Topics:Meghan Markle
Up Next

FYI: Drake has a Track with Rema & Nigerians Can’t Wait for the Jam