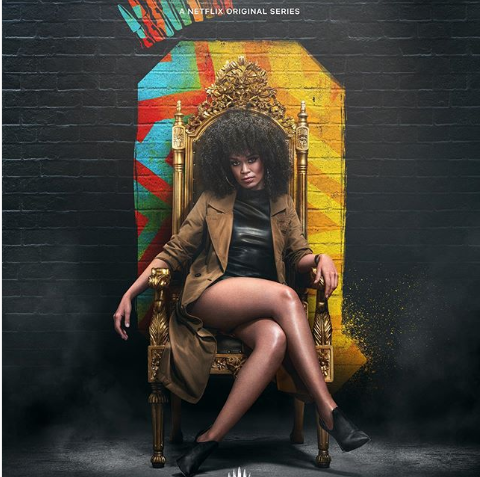 Few months ago, production for Netflix‘s first African original series “Queen Sono” was underway. The streaming giant recently announced that the spy-thriller series, starring Pearl Thusi as the lead actress, will premiere on February 28, in 190 countries across the world.

Now that the premiere date for “Queen Sono” has been locked down, fans can start the official countdown till the Netflix original hits television screens.

Written and created by comedian Kagiso Lediga, “Queen Sono” sees Pearl Thusi playing the role of an unconventional spy who is devoted to protecting the people of Africa. However, during one of her assignments, she unknowingly uncovers shocking details about her own mother’s death which subsequently leads her on a mission to uncover the truth.

On December 10, 2019, Netflix debuted the first teaser for “Queen Sono.” The 1-minute long teaser does not show much except for the lead Pearl Thusi taking a slow, dramatic walk to her throne.

It also announces that the six-part series will be available for streaming on February 28, 2020 in at least 190 countries around the world.