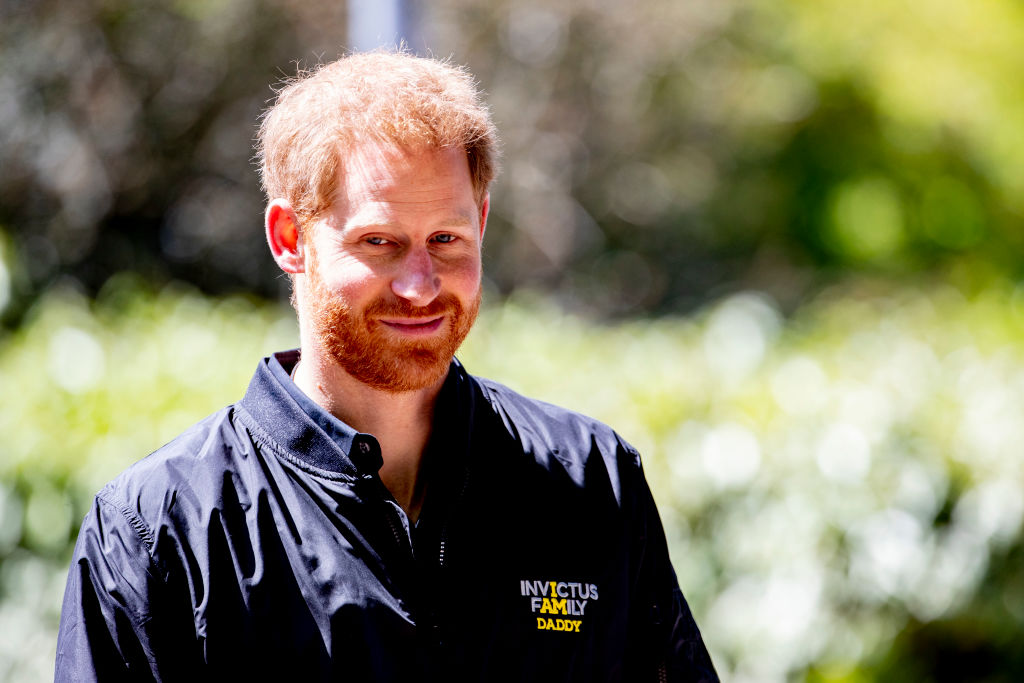 THE HAGUE, NETHERLANDS – MAY 09: Prince Harry, Duke of Sussex during the launch of the Invictus Games on May 9, 2019 in The Hague, Netherlands. (Photo by Patrick van Katwijk/WireImage)

We’re still not over Harry & Meghan Markle’s royal exit. Just two days ago the Queen announced the deal they arrived at, and now Harry has said he had “no other option.”

In his first personal comments about his decision to step back from public life, the Duke expressed disappointment with the conclusions reached about his future, and said it brought him “great sadness” that it had to come to this.

He also revealed that he had hoped to continue serving the Queen, the commonwealth, and his military associations without public funding, but “Unfortunately, that wasn’t possible.”

The heartfelt speech was delivered at a private dinner for Sentebale, the charity he co-founded in London, hours after Buckingham Palace announced that the Duke and Duchess of Sussex were to give up their HRH titles and would no longer formally represent the Queen. He said:

The decision that I have made for my wife and I to step back, is not one I made lightly. It was so many months of talks after so many years of challenges. And I know I haven’t always got it right, but as far as this goes, there really was no other option.

The UK is my home and a place that I love. That will never change. What I want to make clear is we’re not walking away, and we certainly aren’t walking away from you. We both do everything we can to fly the flag and carry out our roles for this country with pride.

Once Meghan and I were married, we were excited, we were hopeful, and we were here to serve. For those reasons, it brings me great sadness that it has come to this.

Near the end of his speech, Prince Harry thanked the audience, as well as all of those who have followed his and Meghan’s journey. “We are taking a leap of faith, thank you for giving me the courage to take this next step.”

Watch and read his full speech below:

In a passionate speech, Harry spoke about recent events, telling guests, “I want you to hear the truth from me, as much as I can share – not as a Prince, or a Duke, but as Harry.”