Mike Bamiloye's Birthday Note to his wife Gloria is Goals ? 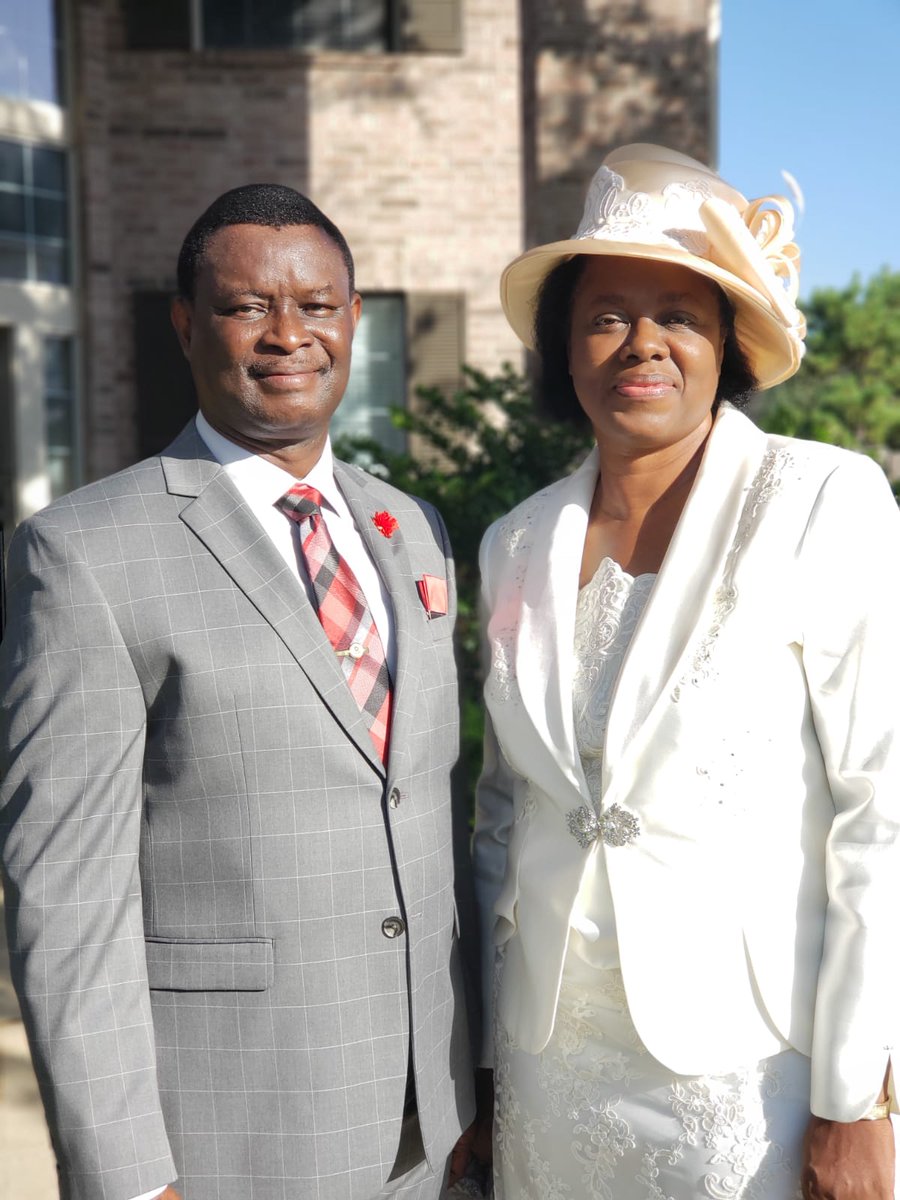 Who says pastors can’t be romantic? Mike Bamiloye of Mount Zion Films is celebrating his wife Gloria on her birthday, and what he has to say is leaving us green with envy.

Sharing a photo of the two of them together, Mike was full of effusive praise for his wife.

He’s glad other women he proposed to turned him down, he shared, for he did not see they were not the “Ordained One.”

See all he wrote:

HALLELUYAH!!!
THE GIRL IS 56 TODAY.
Only God Can Give a Man a Good Wife.
If I have not Found Jesus Christ, I would have missed YOU!. Because WHEN I knew I had a Call of God on My Life, I knew I would never succeed in Life unless I got it Right in the Place of Marriage.
I knew I could Marry just any Sister and just have some Children, but not the Ordained Sister from Heaven who would give me the Children She Could sit down to train.
I knew I did my part in training our children, but the greater duties was taken by GLORIA.
She was never tired of sitting them down to teach them the Word of God.
She was never tired of giving them Cautions.
She was never tired of even controlling how they eat and what they eat.
GLORIA IS AN IDEAL WIFE.
If I had not accepted Jesus Christ, I would have missed HER.
Because I would never have heard the Voice that spoke to me that morning to leave where I was and travel to where I met her for the first time.
I thank God oooooo!
I thank God that all the Sisters I approached previously turned down my Proposals.
God bless them all for turning down my Proposals.
I was Blind.
I did not see that NONE of them was the Ordained One.
I did not know.
But Jesus Christ made them all to turn down you Proposals.
Until I Proposed to the Only Sister Who did not turn me back, but prayed over my Proposals and replied me after One Month.
Ah! She never saw any inadequacies in me but VISIONS and CALLING and MINISTRY.
No job, but ministry.
No house but Only One Room that contained all my belongings: standing hanger, cupboard, bookshelf, cooking pots and a standing Fan that had no leg and a small black and white Television.
She saw into the future!
She saw Greatness and Relevance in the future.
She Married me at 24!
TODAY, SHE IS 56!
Still Looking Radiant and Beautiful!
On Behalf of Dammy and Ella, Joshua and Tolu, Dara and our Grand Child, Gloria Zion, we all Say:
HAPPY BIRTHDAY,
MUMMY GLORIA!
From Yours and Only “BRO. MIKE”!
(The Name you have been calling me since 37 years while in the Campus Christian Fellowship Drama Unit)

Hello..! Hello…! Sister..!
Eh! Everybody,
May I introduce to you,
MY WIFE!
We Just Got Married some few times ago!
Please, wish us Happy Married Life! Thank you.
Á dáa Fún Yín o!

They met while She was on a Girls Trip! Nnenna & Prince’s Pre-wedding Shoot + Love Story