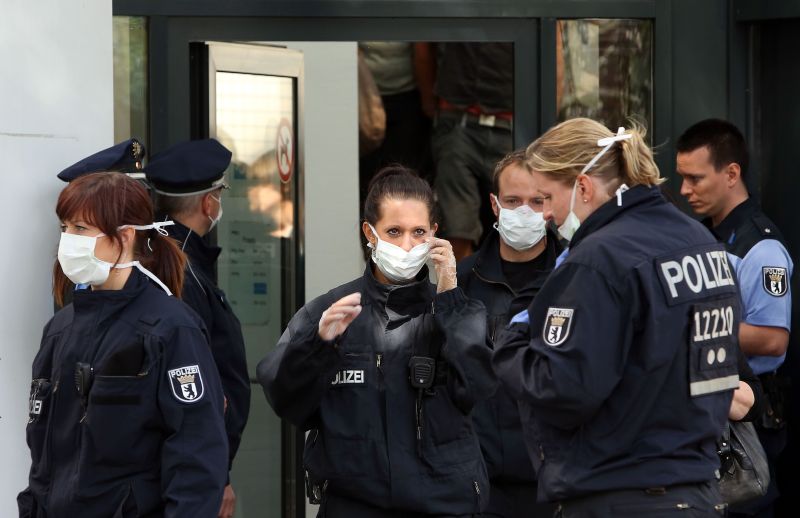 When the announcement of coronavirus’ severity was first released, many still went about their day normally. However, as the number of cases continues to rise at a geometric progression, as well as the number of fatalities, countries have taken the pandemic seriously, closing schools and public places.

UK is planning to isolate citizens that are over 70 years old for a couple of months in a bid to protect them from the virus.

The health secretary, Matt Hancock told Sky news that old citizens will be asked to self-isolate in the coming weeks to try to protect them from coronavirus and it could potentially last for months. He said the growing virus outbreak meant “the elderly and vulnerable” would be asked to “shield themselves by self-isolating”.

Olga Kurylenko has revealed she has coronavirus. The news was shared on Sunday via her Instagram.

The Ukrainian-born former model said she had been ill for almost a week and that fever and fatigue were her main symptoms. She wrote:

“Locked up at home after having tested positive for Coronavirus. I’ve actually been ill for almost a week now. Fever and fatigue are my main symptoms. Take care of yourself and do take this seriously!”

Tom Hanks announced last week that he and his wife, Rita Wilson, had been diagnosed with the virus.

There are now more cases outside China

Worldwide infections have grown to more than 87,000, according to the Johns Hopkins university tracker, while cases inside China, stood at 80,860 as of Monday, according to the Chinese National Health Commission.

Global deaths and infections from the coronavirus have surpassed those inside China for the first time since the beginning of the outbreak.

Cases of coronavirus in Italy have spiked: Italy on Sunday announced 368 new fatalities in just 24 hours, bringing the total death toll in the country to 1,809. The total number of cases there reached 24,747, with an increase of 3,590 new cases recorded in 24 hours, according to Aljazeera.

Paris is Closing all its Parks and Gardens

The city of Paris announced on Monday, the closure of all public parks and gardens in an effort to contain the spread of the coronavirus. Although the duration of the closure is unknown, but the venues would be closed on Tuesday.

Celebrities are coming out to help encourage social distancing

In a video posted to his official Twitter on Sunday night, Schwarzenegger showed himself enjoying a quiet dinner at home with his miniature horse and miniature donkey. He wrote:

Stay at home as much as possible. Listen to the experts, ignore the morons (foreheads). We will get through this together. pic.twitter.com/FRg41QehuB 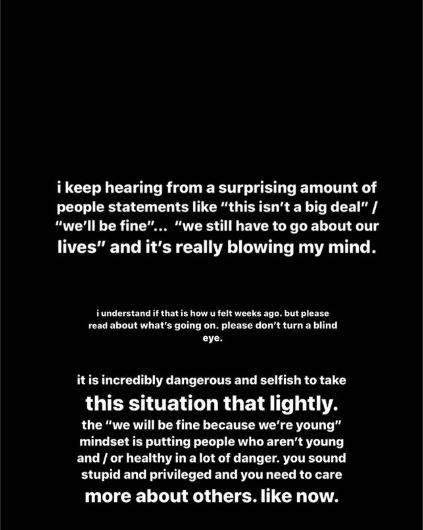 Idris Elba is in self isolation after testing positive to coronavirus.

The actor shared on his Twitter that he had recently been exposed to someone who had tested positive for the virus, also known as Covid-19.

He appeared in a video with his wife Sabrina, who he explained hasn’t been tested, and that neither of them are showing symptoms.

This morning I tested positive for Covid 19. I feel ok, I have no symptoms so far but have been isolated since I found out about my possible exposure to the virus. Stay home people and be pragmatic. I will keep you updated on how I’m doing ???? No panic. pic.twitter.com/Lg7HVMZglZ

Kenya issues flight restrictions on countries with cases of coronavirus

On March 15, the Kenyan government announced the suspension of all travelers from countries that have reported Covid-19 cases. Only Kenyan citizens will be allowed into the country “with self-quarantine or government-designated facility,” officials said on Twitter. The measure is in place for 30 days.

This is in addition to closing all schools.

Still a Lot of Work to be Done in Nigeria

While the Nigerian Government deserves praise for so far containing the virus, it seems there’s still a lot of work to be done.

Twitter user @dondekojo revealed earlier in the day that a friend of his, coming from a high-risk country, has shown symptoms and has been unable to get a test done.

According to Dondekojo, it took the authorities 4 days to get his friend tested, and that was after various calls to the NCDC, and a Twitter call out.

Coronavirus testing is non existent in Nigeria at the moment, dont let anyone fool you. Currently following a case.

Can't wait to tweet facts of this when test is finally done, if it is. Day 3

A friend that came in from one of the high risk countries, showing flu symptoms have been trying to get a test done since Friday, called all the hotlines and there's still nothing. I have just exchanged DMs with the @NCDCgov and they have promised to act on it. We wait.

They have finally showed up to take the sample. Thank you guys. ?

Ghana has closed its borders to travelers from countries with more than 200 cases of the coronavirus with hopes of preventing the spread of the disease.

The government is asking airlines to stop affected travelers from boarding flights, while citizens and resident-permit holders will be required to self-isolate for 14 days on arrival.

The government has also imposed a ban on public gatherings, closure of schools and other public places and a big emphasis on preventive measures.

President Cyril Ramaphosa of South Africa on Sunday evening announced a raft of measures after a cabinet meeting that was dedicated to the coronavirus. South Africa’s infection toll is now at 61.

Below are some measures announced:

Declaration of a state of disaster, which will allow for disaster management to reduce and mitigate impact.

Any foreign nationals who have been to the said destinations will be denied entry. Travelers from medium risk countries would have to undergo an intensive screening process.

Effective March 16, government will shut down 55 land entry points and two sea ports of entry will be shut down.

Cabinet has decided to prohibit gathering of more than 100 people. Upcoming national days been canceled. Organizers of small events will have to put in place robust hygienic controls.

Schools will be closed from Wednesday until after Easter Holidays. In turn, the mid year holidays will be shortened. Higher education Ministry conferring with universities and colleges on line of action.

Visits to correctional services (prisons) are cancelled for the next 30 days.

Yesterday, I declared a national state of disaster, a measure proportionate to the severity of the threat to our people, society and economy. This will enable us to have an integrated & coordinated disaster management mechanism and set up response systems. https://t.co/cHuNCcBe5a pic.twitter.com/z23AaiAZM9

U.S. researchers gave the first shots in a first test of an experimental coronavirus vaccine on Monday, Associated Press reports.

Four healthy volunteers were given the vaccine shots at the Kaiser Permanente Washington Research Institute in Seattle. Researchers are  anxiously awaiting the first-stage study of a potential COVID-19 vaccine developed in record time after the new virus exploded out of China and fanned out across the globe.

As the virus continues to spread, let’s remember to stay calm, stay clean and safe.

Coronavirus: Jack Ma wants to Help Africa Get One Step Ahead