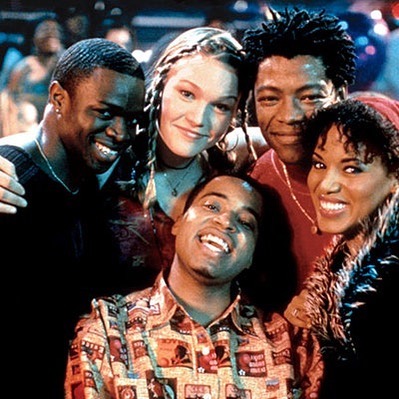 Hollywood star Kerry Washington celebrates the 20 years anniversary of “Save The Last Dance” with a behind the scenes photo of herself and costars Sean Patrick Thomas, Julia Stiles and Garland Whitt.

“OH EM GEE!!!!! Save the Last Dance turns 20 years old today ?????! Playing Chenille changed my life,” the 43-year-old actress captioned the photo. “I read that script and I felt like I KNEW her. At the time, I also knew the narrative that was being served in culture about who Black teen moms are. And I knew that if done right, this was an opportunity to transform some stereotyped thinking and make this young woman REAL. And human. And deserving of love and attention. I loooooved being a part of this film This cast. This crew. So many “slammin” memories! ??”

“Save The Last Dance” which premiered in 2001 gave Kerry one of her first big roles, Chenille. The film follows the story of a white midwestern ballet dancer, Sara who goes to live with her father in Chicago after losing her mum to a car accident and finds herself an outcast in an all-black school. It was directed by Thomas Carter.

The First Teaser for Niyi Akinmolayan’s “Prophetess” Has Arrived

Ibinabo Fiberesima is 50, Fabulous and Wants You to Know it!