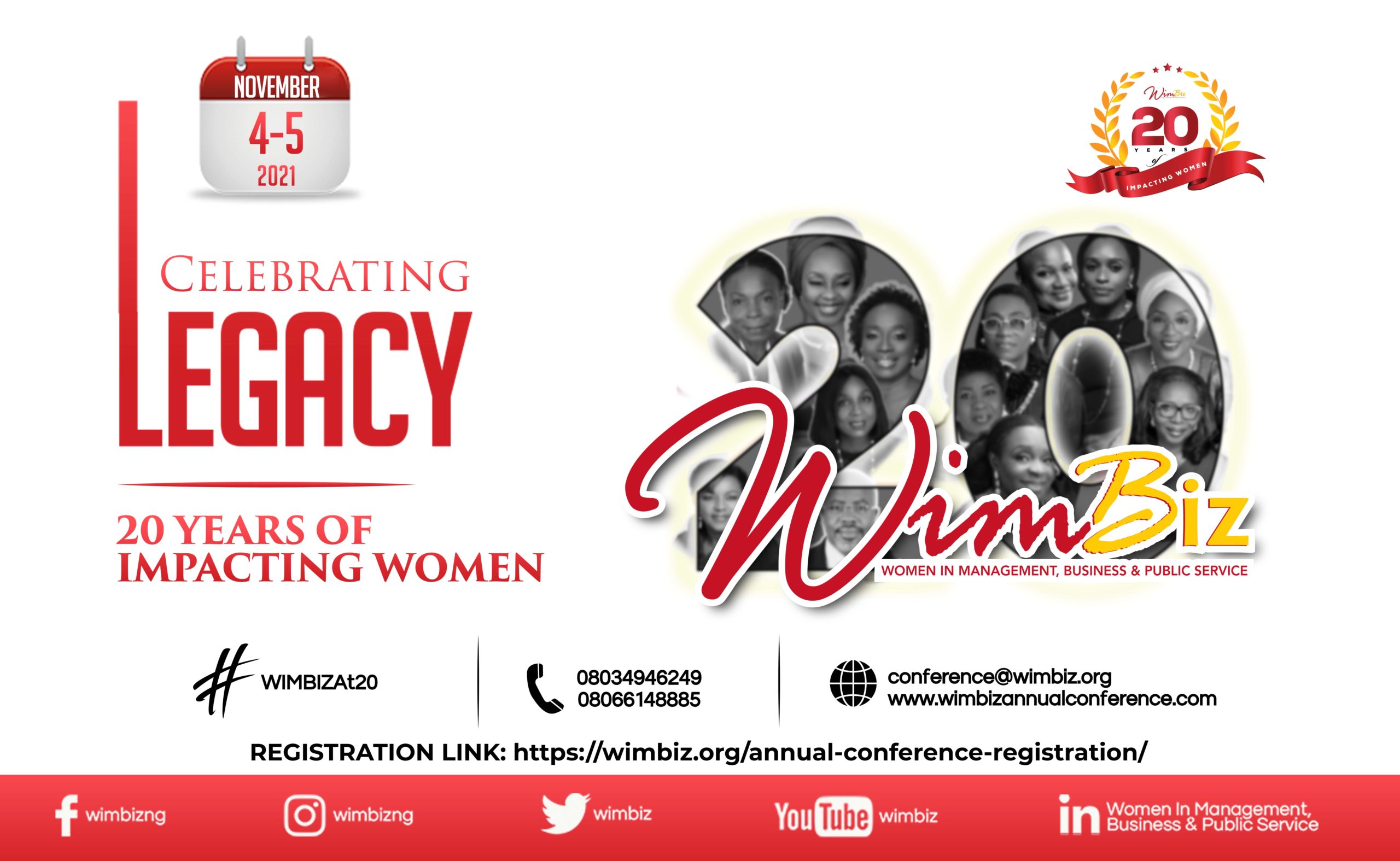 Women in Management, Business, and Public Service (WIMBIZ) has announced plans to mark its 20th anniversary and annual conference.

The 2021 conference aptly themed “Celebrating Legacy”, has an interesting line-up of iconic events and legendary personalities to grace the week-long celebrations specially curated to spotlight the non-profit’s 20-year contribution to elevating the status of women in Nigeria and Africa.

For the first time in the history of WIMBIZ, five pre-conference events will be rolled out to commemorate this 20th anniversary: Legends Ball, Art and Fashion Exhibition, Golf Tournament, Virtual Masterclasses, and a special edition of its Big Sister (a corporate social responsibility programme).

Chairpersons for the main conference billed for the 4th and 5th of November, 2021 are Chief Folake Solanke, CON- Nigeria’s first female Senior Advocate of Nigeria (SAN) and the Chairman/Publisher of The Guardian Newspapers – Lady Maiden Alex Ibru, MFR. 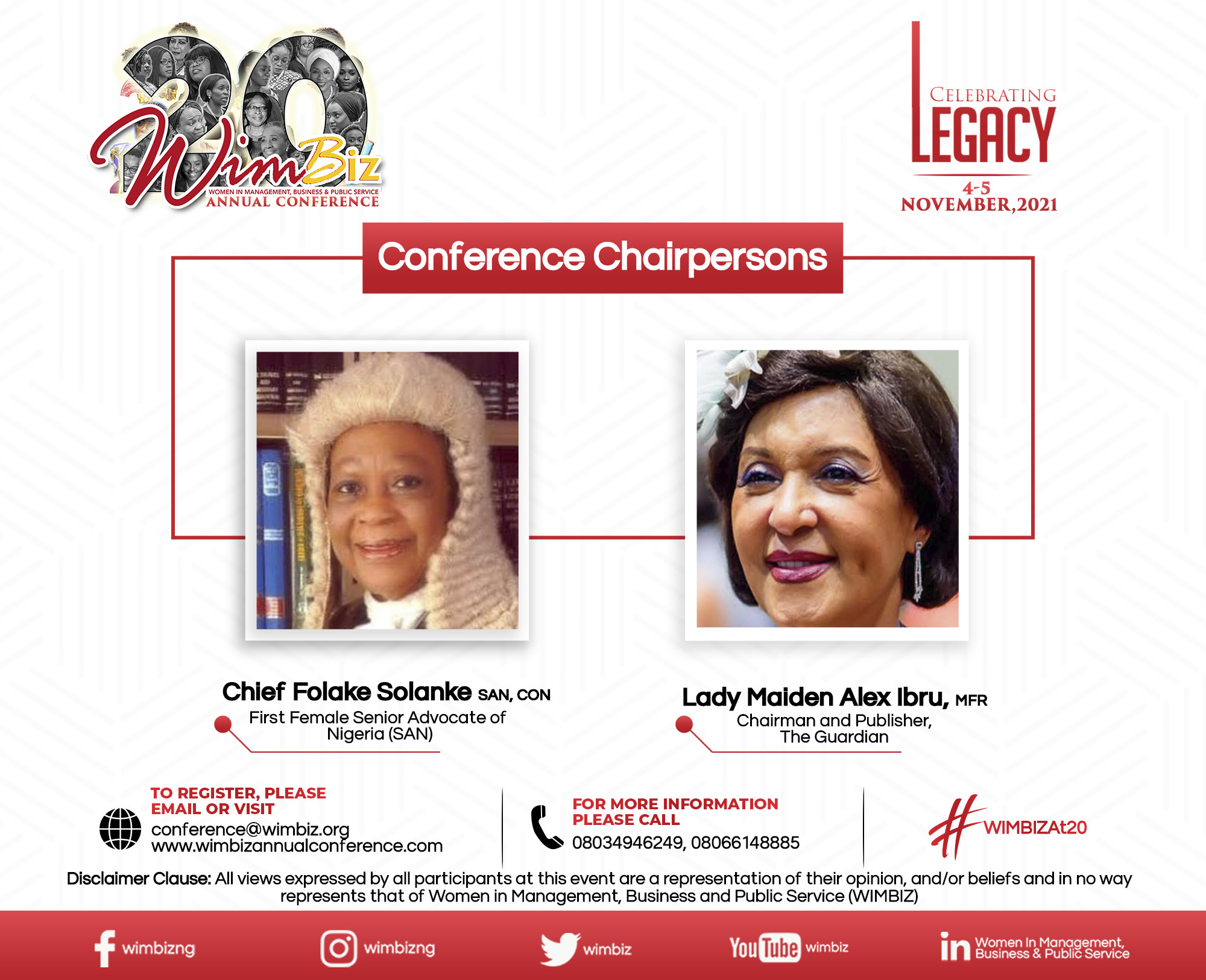 The Chairperson of the Executive Council WIMBIZ, Ngover Ihyembe-Nwankwo at a recent briefing stated thus,

“We are excited to reflect on the WIMBIZ story and our journey thus far, it has been an awesome run; but where do we go from here? We are still very challenged. When we look at the numbers of representation, particularly in politics, we are still significantly underrepresented. So, on the one hand, we are celebrating progress, on the other hand, there is still a lot to be done. We encourage everyone to join us so we work as a collective to build a new narrative for women. The power is in our hands,” she enthused.

Speaking to the WIMBIZ legacy and its impact on the wider community, Hansatu Adegbite, Executive Director, WIMBIZ, said,

“WIMBIZ is focused on nation-building and one person or group can’t build a nation, we all have a role to play in the development of our nation especially as it concerns gender parity and inclusivity.”

The 20th WIMBIZ Anniversary and Annual Conference will tell the stories of pacesetters and celebrate women who have shattered ceilings, overcome adversity, broken stereotypes, enabled empowerment, and created opportunities for all.

To be a part of the exciting activities follow the WIMBIZ social media platforms, more importantly as a hybrid conference, you can register to attend online or offline on www.wimbizannualconference.com or the registration portal on www.wimbiz.org.