#BNRSVP Events this Weekend
This year, the Coca-Cola System in Nigeria, comprising Coca-Cola and its bottling partner, Nigerian Bottling Company, celebrates its 70th anniversary and for one of the leading beverage companies, such a momentous occasion is an indication of decades of commitment to its consumers and the communities it calls home. It’s no surprise that 70 years after the very first refreshing taste of Coca-Cola was bottled in 1951, the company continues to deliver on its brand promise, driving smiles and inspiring moments of optimism across generations of Nigerians. 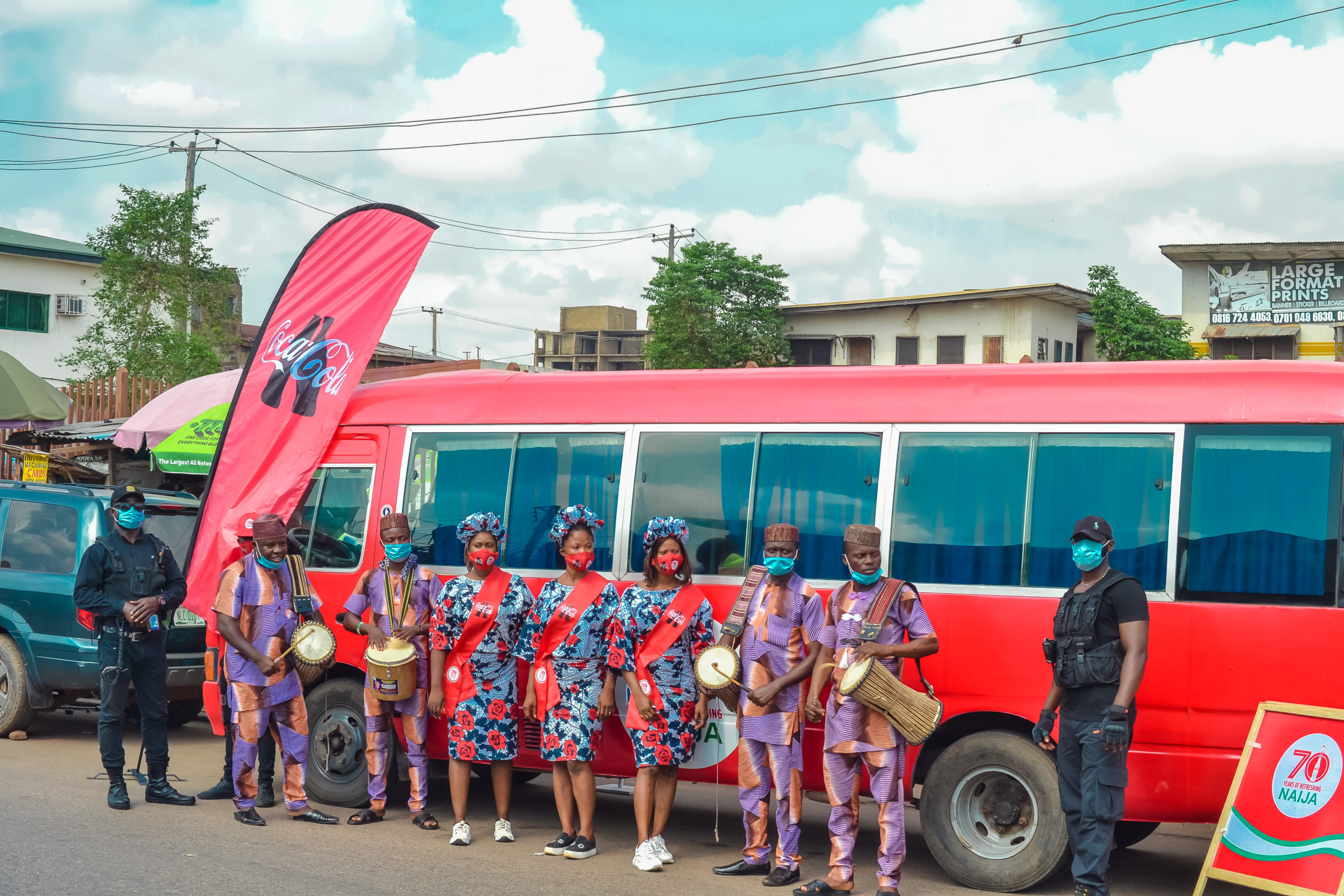 As part of the anniversary celebrations in Nigeria, a month-long celebratory campaign commenced this November with activities to excite and delight consumers across the country, most recent of which is the Share A Trip With Coke campaign.

The Share A Trip With Coke campaign sought to ultimately share heartwarming and magical experiences with Nigerians across different demographics. Coca-Cola branded buses were on major bus routes in Lagos, Ibadan, Abuja, and Port-Harcourt – treating Nigerians to free rides, the refreshing taste of the Coca-Cola beverages, and also an assortment of branded merchandise.

Excited consumers were greeted with a full array of cultural displays which included traditionally dressed hostesses, drummers with their traditional talking drums doling out rhythmic beats and of course, a standard safety checkup entry point. Consumers were thrilled at the scintillating display and in turn, responded with warm smiles and joyous dance routines.

The Coca-Cola System’s anniversary celebration this year tells a vivid story of an illustrious history of cultural connections and shared experiences between the Coca-Cola System and the Nigerian people; a story that embodies how consumer trust goes beyond a bottle of Coca-Cola, down to the very ideals that Coca-Cola represents. The company’s colourful history of refreshing the world is reiterated in its new global brand philosophy and platform called ‘Real Magic’, which invites everyone to celebrate the real magic of humanity. Real Magic ultimately seeks to unite and uplift everyday people with renewed relevance for the world we live in today.

Related Topics:Coca-ColaNigerian Bottling Company (NBC)Share A Trip With Coke
Up Next

Get the Scoop of What Went Down While Les Twins were in Lagos hosted by Hennessy V.S