Will Smith, Serena & Venus Williams grace the Cover of Entertainment Weekly ahead of the Premiere of "King Richard" 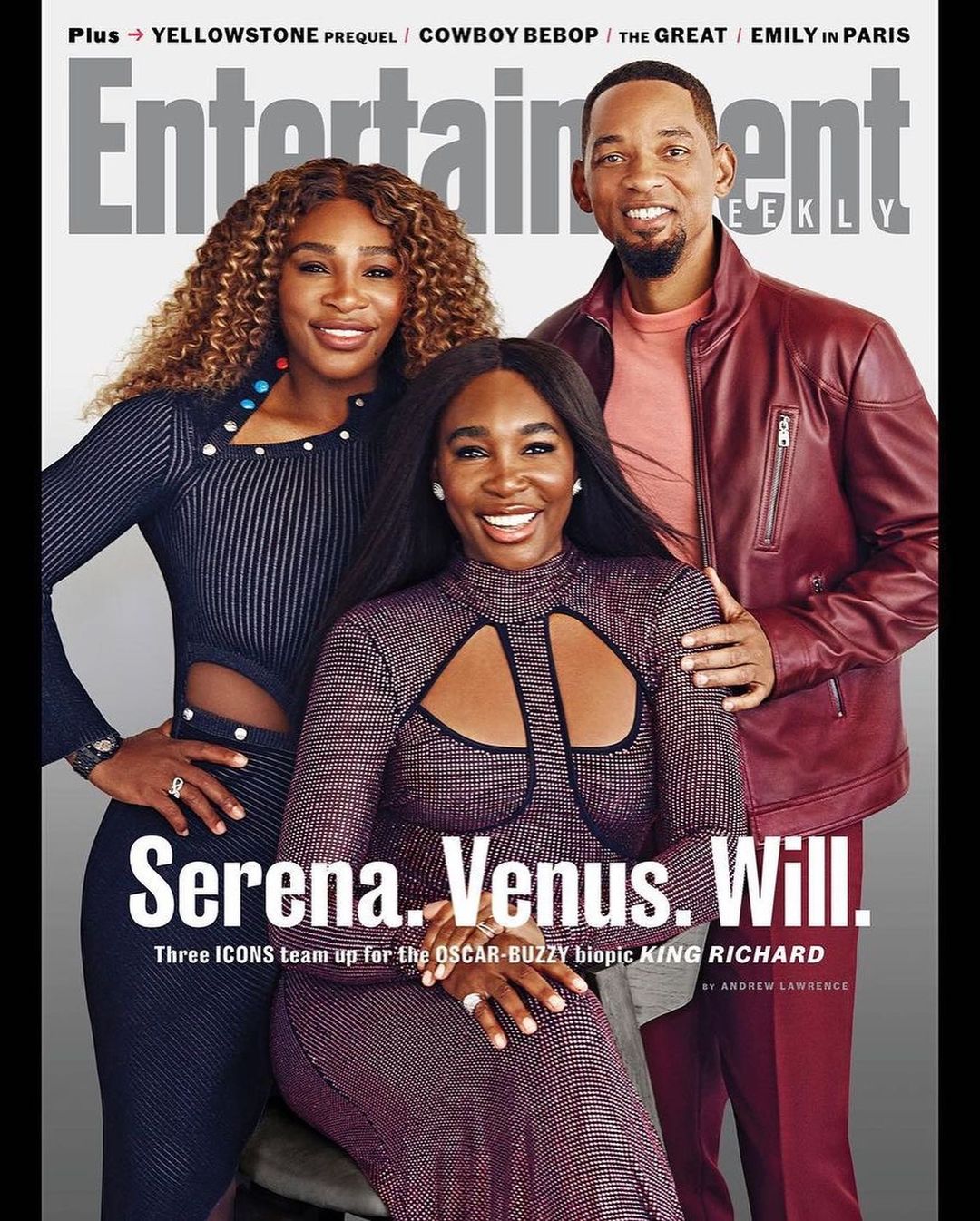 On the cover of the December issue of Entertainment Weekly, Will Smith and tennis champions Venus and Serena Williams looked stunning.

The trio sat for a spectacular portrait together to celebrate their highly awaited film, “King Richard“, which will be released on November 19. The film “King Richard” is based on the life of Richard Williams, a well-known tennis coach and the father of tennis champions Serena and Venus Williams. 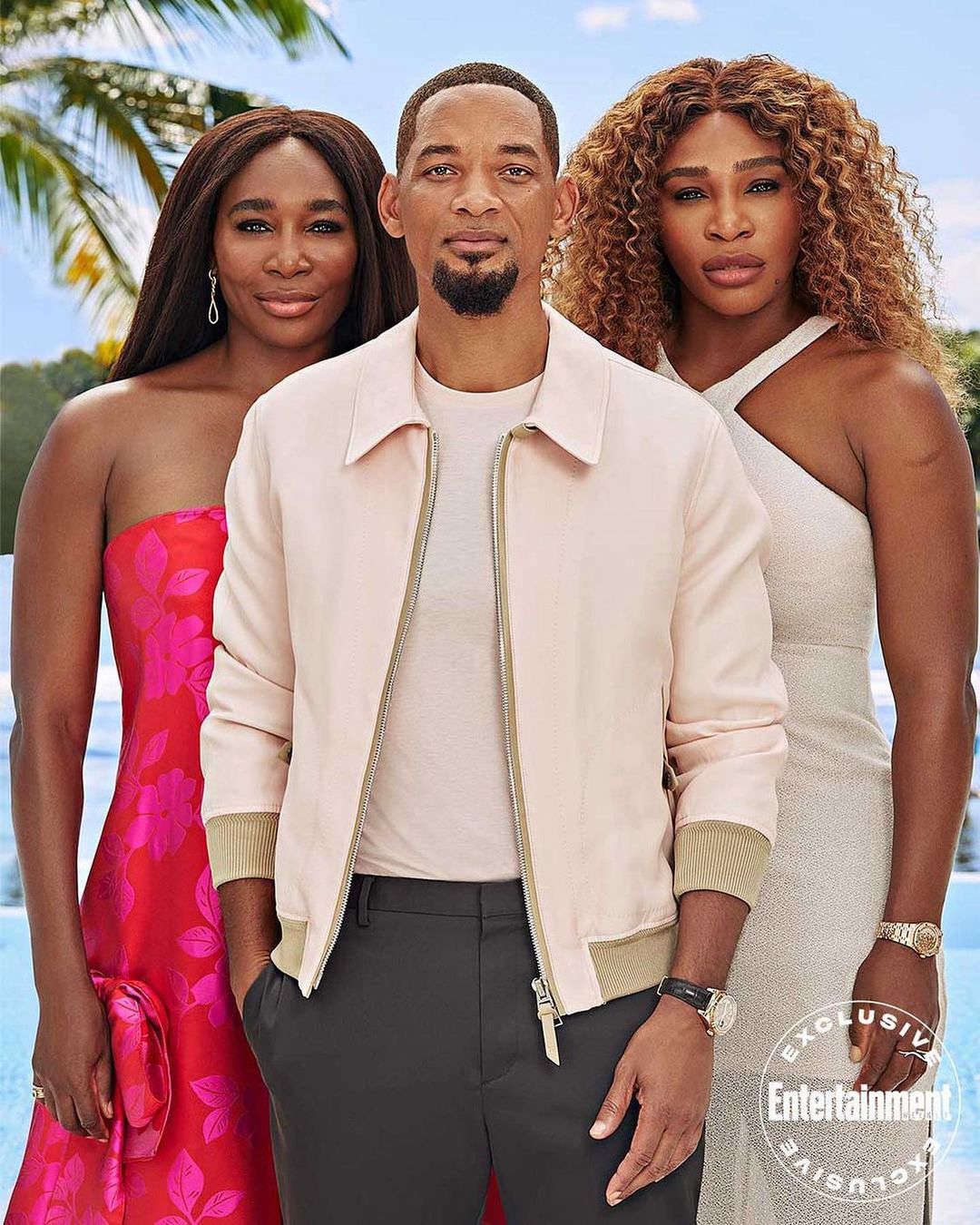 Will Smith sported a burgundy leather jacket with matched pants in one of the photographs, while the sisters each wore striped dresses with stunning cutouts. Serena arranged her enormous natural curls in gorgeous waves, while Venus went for a sleek and straight hairstyle, both gleaming from ear to ear as Smith stood next to them.

In the issue, the sisters and Will Smith share details on the heartfelt film’s journey to the screen.

Will Smith on what drew him to the project and what he meant to him:

I guess the in through Richard appealed to me because it’s the only way I could be involved. …reminds me a lot of my father. It was that same generation — men that used to fix everything with their hands. I understood what it was like to live at the edge of survival and to try to sustain a dream.

Venus Williams on the film being a letter to her:

I love that it captured the innocence — the innocence we still hang on to, actually. It’s kind of difficult for me to say, ‘Oh, this film shows me.’ Because me is Serena. And there’s no me without her, and I could have never done what I’ve been able to achieve on the court without her. It’s so symbiotic.

Will Smith on the process of becoming Richard Williams:

…three pounds more than “Ali“. Richard Williams was a big, athletic man, and I wanted to really capture that strength.

Serena Williams on sharing her journey with her daughter Olympia through the film:

She gets to see what Mommy was like. I always wondered how I would explain my life. Like, how will I even start that conversation? This is the perfect way.

Watch them break down “King Richard” in this video below:

It’s Here! Watch the Trailer for Vol. 2 of the Season Finale of “Money Heist”