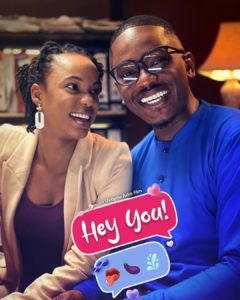 Anthill Productions has a new romantic drama titled “Hey You!” in the works.

The romance drama is rated 18 and will be released in cinemas later this year on a date that has yet to be announced.

A Conversation With Peace Hyde & Some of the Stars of Netflix’s “Young, Famous & African”