The city of Lagos was the place to be on Friday 24th August 2012 as creative and hi-tech multimedia company – Solution Media and Infotech Limited, held an evening of fun and excitement with loads of music tagged Memoirs & Wine….A Touch of Class, at the Federal Palace Hotel, Victoria Island, Lagos.

The event which saw in attendance some of Nigeria’s favorite entertainers and socialites including Dayo Ephraim, Segun Arinze, Gloria Young, Joseph Benjamin, Bukky Wright, Fiona Aforma Amuzie, Tunji Shotimirin and Ireti Osayemi, was organized to cause a flashback on the favorite tunes of the 70s, 80s aand early 90s, that would bring all attendees a reminisce of those moments.

Days before the event, Solution Media and Infotech Limited, had engaged all hands involved in repeated rehearsals for them to deliver nothing short of the best. At exactly 5 PM, the show hosted by Nollywood star, Kate Henshaw, who looked stunning in a green Ankara dress paired with drop down earrings and diamond clutch as well as a dapper looking Basorge Tariah Jnr, kicked off with a red carpet session where attendees flaunted their most glamorous ensembles.

As attendees arrived, top Nigerian comedian Omo Baba ushered them in with some rib cracking jokes, shortly after, Sodapop Band from Phillipines and Flames Band from Kenya came on stage to thrill all.

Other performers of the night included Segun Arinze, Bukky Wright, Princess Teni Aofiyebi, Emem Isong, Tade Ogidan, Joseph Benjamin, Gloria Young, Charles Novia, Fiona Amuzie and Funmi Dele Giwa. They all got on the Nivoflex Glossy Stage with lots of light effects synonymous to that of the opening ceremony of the London Olympics, to give their own renditions of their favorite tunes.

Inside the Federal Place Hotel, as the selected 500 guests indulged themselves in some refreshing glasses of wine and finger foods, over 200 light effects were displayed on stage including Glec, LED Screen, animated backdrops, laser lights, parcan lights as well as LED Lights.

It was truly an evening to behold and BellaNaija.com has got all the exclusive photos. 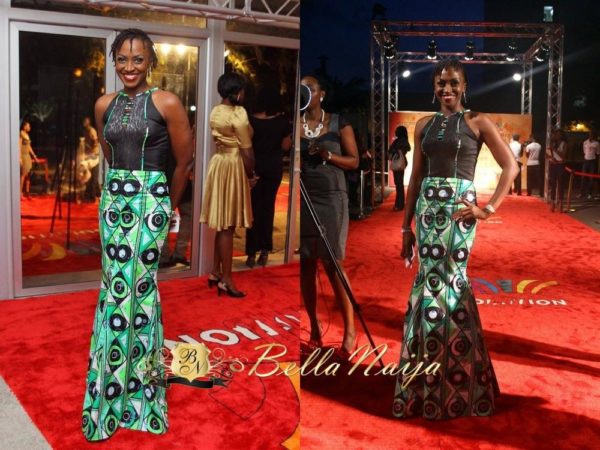 Luscious & Gorgeous! Rock Those Lashes Like They’re All Yours