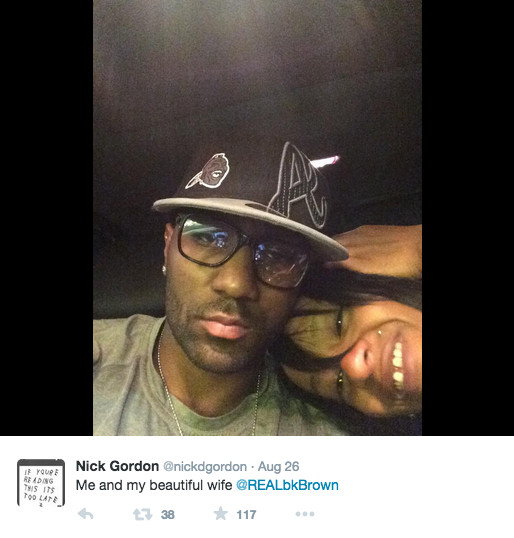 Nick Gordon had been found guilty of wrong doing in Bobbi Kristina Brown‘s death on Friday, after he did not show up for his civil lawsuit hearing filed against him by the estate.

In August 2015, Bobbi Kristina’s Estate conservator, Bedelia Hargrove, filed a $10 million wrongful death civil suit, alleging that Gordon physically abused and stole thousands of dollars from her. In an amendment to that suit, it is also alleged that Gordon gave Brown a “toxic cocktail, rendering her unconscious and then put her face down in a tub of cold water causing her to suffer brain damage.”

Bobbi Brown was found face down in a bathtub in her Georgia home on Jan. 31, 2015 and after spending nearly six months in a coma, she died in hospice care on July 26th 2015 at the age of 22.

“As we have stated on numerous occasions and we will repeat again today, this case remains under active investigation by our Office. Our investigation will encompass all relevant facts and circumstances, including the body and content of the civil action holding Nick Gordon civilly responsible for the death of Bobbi Kristina Brown.”

“I am pleased with the outcome of today’s court proceedings. All I ever wanted was answers relating to who and what caused my daughter’s death. Today’s judgment tells me it was Nick Gordon. Now I need to process all the emotions I have and lean on God to get me and my family through this.”

No criminal charges have been filed against Gordon.