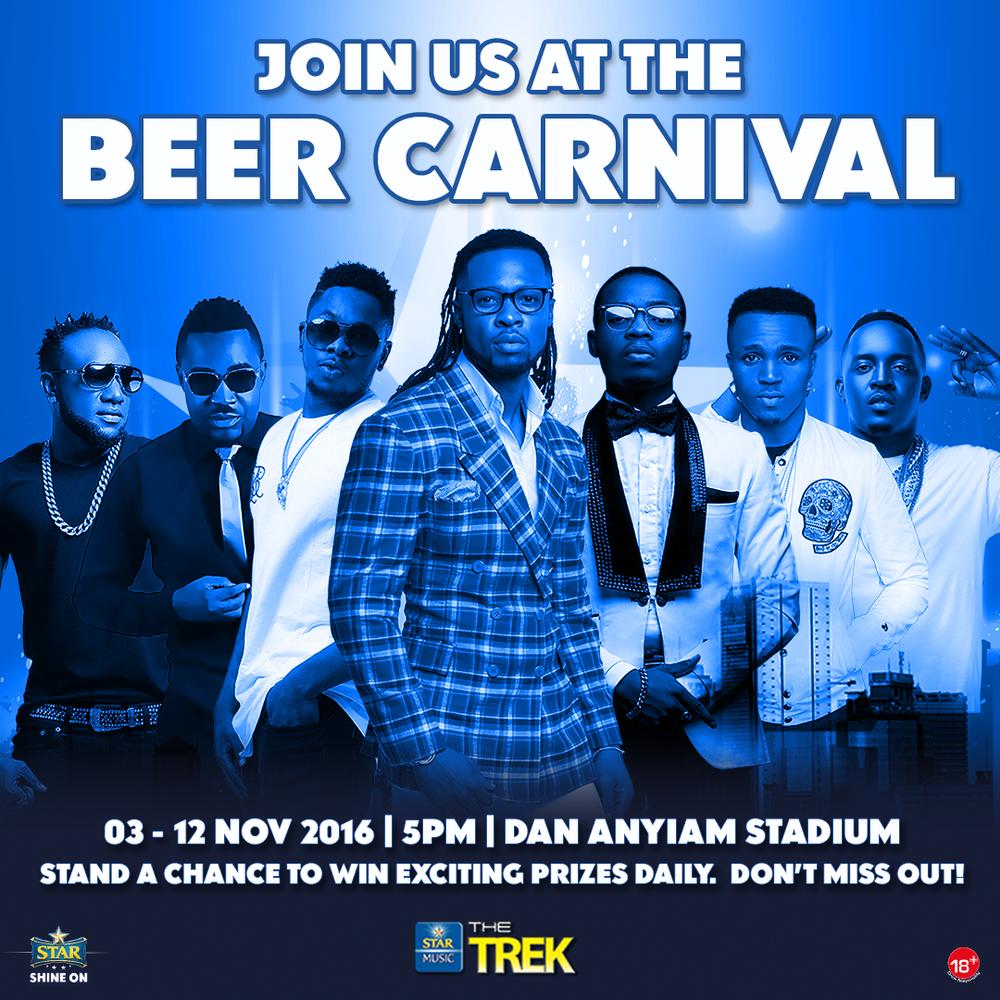 It promises to be an exciting weekend as Star Music The Trek will be in Owerri, the Imo state capital.

#OwerriRocks, holding on Saturday 12th November 2016, is the latest concert of Star Music The Trek. It is scheduled for Dan Anyiam Stadium by 7pm and will be broadcast live on HIPTV from 12 midnight with Lafup hosting the music jamboree.

It promises to be a lot of fun as Flavour is headlining the Owerri concert that will also feature Olamide, M.I., Mr. Raw, Runtown, KCee and Humble Smith with surprises in between. There will also be the amazing Star dance party featuring spins from DJ Big N and DJ Neptune.

Star Music The Trek tour has visited Makurdi, Abuja and Calabar as thousands of fans thronged to watch their favourite music stars perform.

The concert’s finale comes up on the 26th of November in Lagos.

Let Your Dreams Take Flight! Meet with Representatives of Top UK Institutions for on-spot Admission & Scholarship to Study in the UK | November 9th-12th