You May Not Know their Names Yet, But they are #ShapingTheFuture!

If one were to believe only the reports of newspaper headlines and late night TV roundups, one would be assured Nigeria is mere steps away from a cliff drop. The evidence is incontrovertible. Isn’t unemployment on the rise? Isn’t the Naira falling and failing? Just when we thought Boko Haram was ‘technically defeated,’ bombs death and destruction made a bloodletting return to the North East.

A group of people would however have us believe we are not a country beyond saving. That Nigeria possesses a new breed of heroes, shaping a future that holds a lot more promise than the present. Enter The Future Awards Africa.

Now in its 11th year, The Future Awards Africa is an awards body that recognises and celebrates hardwork, talent and achievement in young people, aged 18-32. This year it has nominated 105 young people across 21 categories of industry where young people are turning the tide of bad news into good fortune for themselves and their communities, impacting lives positively.

Some of them you know, most of them you don’t. But you should. Here, we fixed that for you:

As the host of  Nigeria Info FM ‘The Woman’ – a weekly show that focuses on the Nigerian woman and everything that makes them phenomenal, Ayo Thompson gets to promote and uplift women distinguishing themselves in their various fields. This is a task she’s taken very seriously, drawing from a wide pool of seemingly ordinary to widely celebrated women and engaging each equally for their personal contributions to their communities, their country and women in general.  Prior to that role, she was a co-host of the popular Breakfast Show on 99.3, Nigeria Info FM ‘Morning Crossfire’ where she garnered a wide following.

Ayo gained experience as a speaker hosting events while at university. She anchored Swansea’s Got Talent (Wales), Swansea Refugee Week and All Wales Race and Equality Seminar, among others.

An avid blogger, she runs the 1 + The One blog that focuses primarily on love and relationships with a Christian focus with a weekly YouTube video touching on a variety of topics. She is also the host of ‘Hello Nigeria Show’ and ‘The Blog’ on Cool/Wazobia TV. 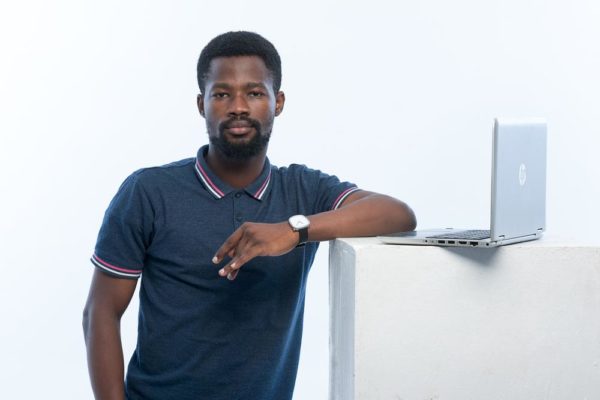 As businesses move ship to entirely virtual platforms, they face familiar problems in new guises. How do you decorate? What stays, what goes? How do you make a potential client feel at home in front of pixelated one and zeros? You call Samuel Ajiboye.

Ajiboye is a vanguard in the field of user experience and digital communications. The country manager at the Nigerian arm of Alpha and Jam, a full service creative digital agency with offices in Nigeria, Ghana and Paris. Ajiboye works to craft immersive digital experiences that simplify the process of interaction with digital platforms and ensure visitors stay after interacting with a virtual business or portfolio.

He has worked on various multinational and local brands in the country and regionally. As a member of the global leadership team, he is responsible for the overall creative business digital offerings and technology of the Alpha and Jam Nigeria. The areas of focus are technology, inspiration, collaboration, team growth and great creative work.

Prior to his current role, he was country manager at Tribal Lagos which was a regional role for the company’s multinational accounts across west, east and central Africa. In that position, he helped brands and senior management client team in the dynamic and ever increasing space of content, technology and new media. He was also director at Chatad Niger, a full service digital marketing agency in content creative and interaction.

Sports is big business in Nigeria, but until Solomon Ojeagbase, it was an ecosystem trapped in a repetitive cycle of soft sell print newspapers, terrestrial radio stations and heated discussions outside viewing centres. Ojeagbase, who prefers to refer to himself as a digital marketing expert, almost single handedly brought Nigeria’s vocal but digital wary football community online, through the Complete Sports website and digital communities which he single handedly built from the ground up.

His work has received much deserved critical acclaim, with honours as Sports Website of the Year at the 2016 Media Awards, and Top Sports Blog in Africa at the 2016 African Blogger Awards.

But Ojeagbase isn’t just a sports head, he is also an accomplished philanthropist and activist, serving as the NRG Ambassador for Nigeria, an event organized yearly and sponsored by Shell to provide greener solutions to the world’s daily energy needs. He also volunteers his time and expertise to Learningtreeng.com, an innovative e-learning resource portal that prepares candidates for major Nigeria examinations using the Computer Based Test (CBT) model.

Many startups wrestle with grand ideas and massive problems but as Oluyomi Ojo’s Printivo shows, it is just as important to simplify small ones. He went about this by creating a platform that simplified the process of print work for small businesses, allowing them whip up cards, flyers and other business paraphernalia, straight from their phones and laptops.

By democratizing the process and ensuring a standard level of quality no matter the print product, and increasing ease of business by offering a delivery service, Ojo revolutionized business print, and took out the hassle of diversifying a small business. It helped Ojo win a coveted grant through the government run business development scheme YouWin, and a cash award of $10,000 from the Etisalat Innovation award.

How often do you get a chance to pull out the trusty old ‘When life gives you lemons’ quip? Well, Seun and Seyi Abolaji have been able to say it, without cheese or sarcasm for the last six years, as their startup Wilson’s Juice Company has grown out of their room in Covenant University, Ota, to fill shelves and freezers across the country. The Abolaji brothers’ little experiment has grown to become a nationally acclaimed food business, and the brothers have raised over $200,000 in seed capital from friends, family and their savings. The multi-million Naira business now has a factory that produces 24,000 bottles a day and employs 30 workers. Wilson’s Lemonade is distributed to over 650 locations and 18 states in Nigeria. Not bad for two guys who polish off a played out adage every morning.

#BN2016Epilogues: A Year of Turn Around & Blessings for Mirabel