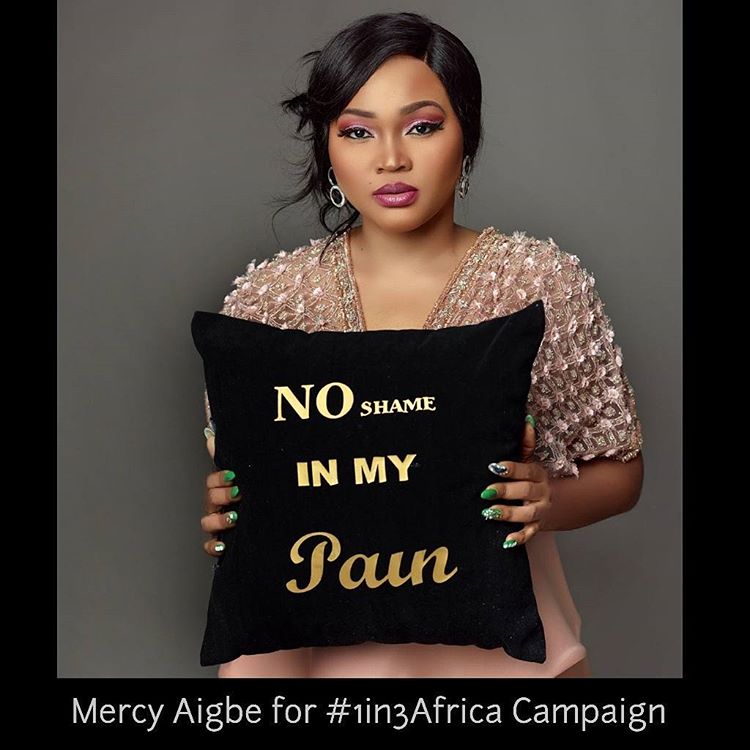 Ever since Nollywood actress, Mercy Aigbe brought to light that she was a victim of Domestic violence while she and her estranged husband Lanre Gentry, she has been a strong advocate for the fight against the menace.

In line with this, the actress teamed up with Queen Wuraola of Ile-Ife’s #1in3Africa Campaign alongside Tonto Dikeh, the Emir of Kano and others as they spread awareness and call to action to end domestic violence and sexual abuse against women across the continent.

Mercy alongside her fellow campaign mates will be setting out for an awareness walk tomorrow, in order to create awareness and advocate for people to come out for the walk, the actress shared a video on her Instagram page after she was allegedly beaten by her estranged husband.

Violence is not an option! It is inhumane and shouldn’t be condoned!…………..
#saynotodomesticviolence?
#noshameinmypain?
#speakout
Battery and Assault is a crime punishable under the law!
Join us tomorrow for the walk against domestic violence!
Start off point is at Falomo Bridge by Awolowo Road….10 am

She went further to share a screenshot of a conversation between herself and Lanre Gentry in which he asked her to take down her posts on domestic violence. 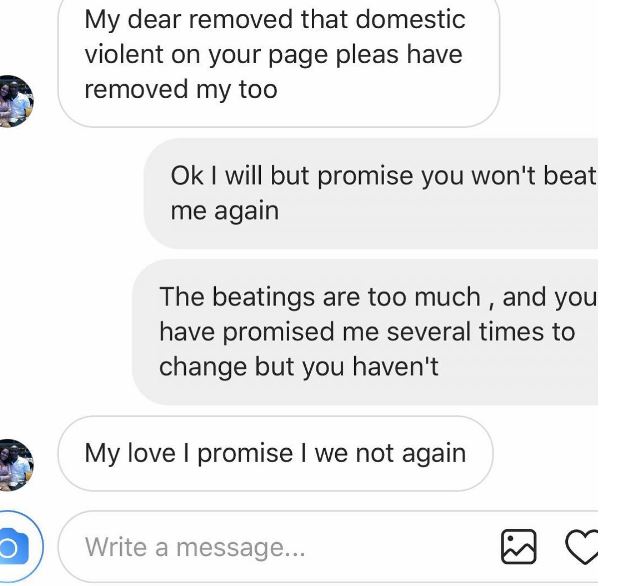 Why will a man who obviously beat his wife, try so much to deny what he did? My take is because he knows what he did is wrong and apparently he is ashamed and cannot own up to it…… Let us be very careful of what we do especially when we are Angry as we might not know the consequences of that action…….Violence like I keep saying does not and will not solve anything, let us learn to control our anger at all times….. Arguments are bound to happen between couples but under no circumstances should we let it result to violence! Nobody has a right to hit, his or her partner regardless……..
Battery and Assault is a CRIME!
#saynodomesticviolence
#saynotoassault

Join us in the #1in3Africa campaign, a campaign against violence!
We are walking the streets of lagos to show our displeasure at this menace that is eating deep into our system……. Join us tomorrow by 10am, Start off point is Falomo Bridge by Awolowo Road……
Conflicts should be settled amicably and not through violence, only weak men hit women.

She also shared more photos of her battered face. Mr Gentry keep denying , you need more lies ???
I have more than enough evidences, witnesses and your fate will be determined in the law court……….Begging in private and forming Saint in public…..Now you suddenly remember the kids? Now you suddenly remember you have a family name? When you were busy telling all those hideous lies against me, you forgot we have kids! When you were busy punching me , hitting me and almost killed me that day you forgot we had kids??????? ?( Which was not your first time) ……..Infact if you infuriate me any further I will put everything online including the undertaking you signed 3years ago!……so the whole world sees you for who you are!.. I have protected you for too long!………..Keep it coming I am so ready for you…………NEVER KNEW I WAS MARRIED TO MY ENEMY ……….? 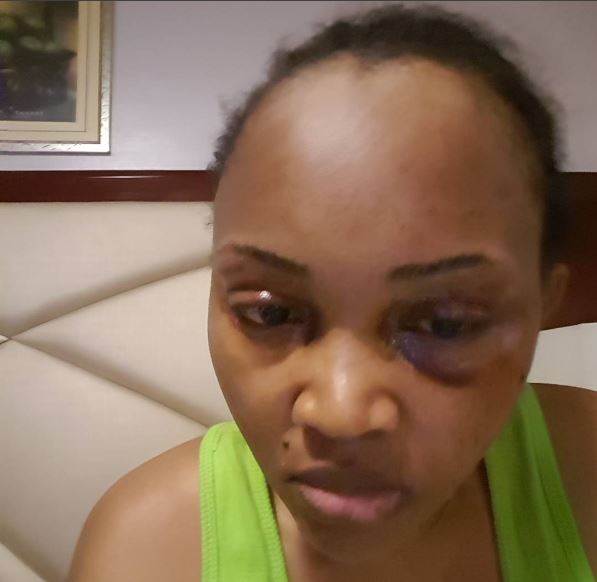 Throwback to when a man I call my husband almost blinded me!!!!!!!
Keep the denials and your numerous lies coming!
I am ready for you…..Mr Gentry!