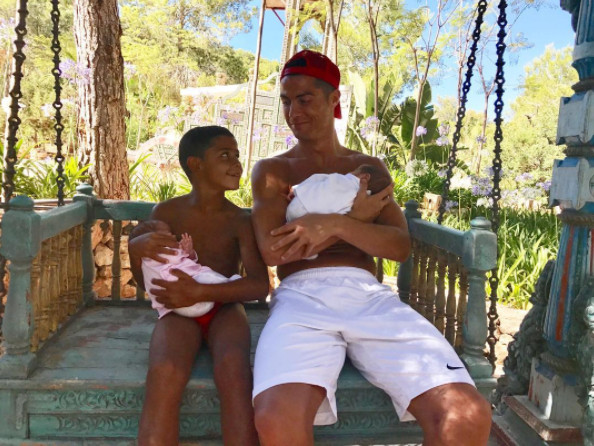 Real Madrid and Portugal forward Cristiano Ronaldo has said that he may have seven children to fulfill the wish of his first son Cristianinho who is 7 years old.

The world’s highest paid athlete of 2016, who recently welcomed twins Mateo and Eva via a surrogate, is expecting his fourth child, the first with his girlfriend, Georgina Rodriguez.

“He (Cristianinho) wants seven, the magic number, and I think that’s good,” Spanish news outlet VIDAS, quoted him as saying in an interview with a Chinese television.

Ronaldo said he wants to go “slowly and enjoy the moment”.

Bedsheets Express is simplifying the way you buy bedding! Get high-quality bedding at affordable prices