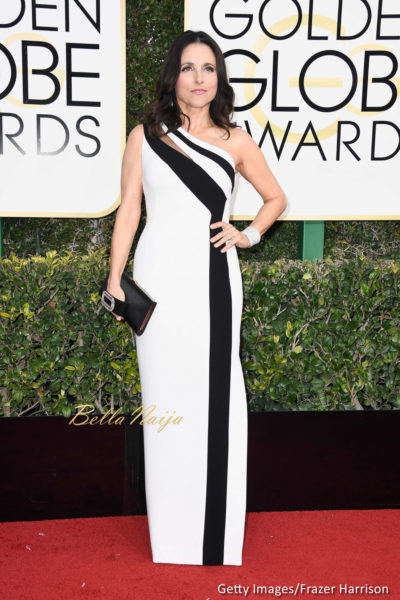 Award-winning “Veep” star Julia Louis-Dreyfus revealed to her Twitter followers on Thursday that she has breast cancer.

The actress posted a picture of a printed note that reads:

“One in eight women get breast cancer. Today, I’m the one.”

“The good news is that I have the most glorious group of supportive and caring friends, and fantastic insurance through my union,”

“The bad news is that not all women are so lucky, so let’s fight all cancers and make universal health care a reality.” She wrote

Just when you thought… pic.twitter.com/SbtYChwiEj

The news comes less than two weeks after the 56-year-old American broke the record for the most Emmys won by a performer for a single role, after her sixth consecutive award for lead actress in Veep, CNN reports.

HBO recently announced that the season 7 of “Veep” will be the last and is due to air in 2018.

Her health did not factor into the decision to end “Veep” with Season 7, which writers are currently working on. The show’s production schedule will be adjusted if needed to accommodate its star, HBO added.

“Our love and support go out to Julia and her family at this time. We have every confidence she will get through this with her usual tenacity and undaunted spirit, and look forward to her return to health and to HBO for the final season of ‘Veep”. HBO said in a statement.

Akon gave me a Fake Watch for my Birthday – French Montana