Dadaboy Ehiz & Chyna Bee Have Welcomed Their First Child Together! 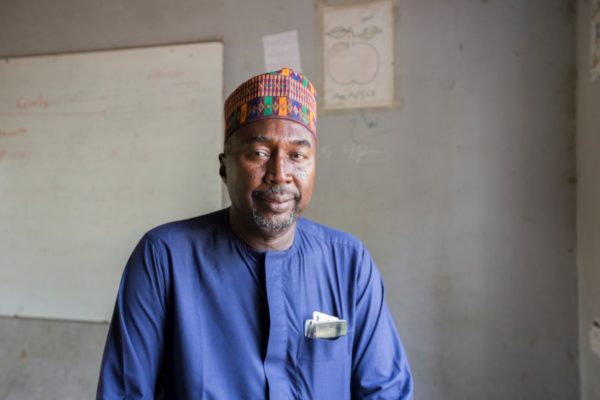 Mustapha helped in brokering the deal which led to the release of some of the Chibok Girls abducted by Islamic Sect Boko Haram.

The Nansen Refugee Award, which recognizes extraordinary humanitarian work on behalf of refugees and internally displaced people, was announced on Monday.

Awarding Mustapha, who is a lawyer from Borno State, the United Nations High Commissioner for Refugees Filippo Grandi said:

The work Mustapha and his team are doing is of the utmost importance, helping to foster peaceful coexistence and rebuild communities in northeastern Nigeria. With this award, we honor his vision and service.

The school provides free education to 540 students, half of which are girls.

According to the UNHCR, children of over four times that number are still on the waiting list.

Mustapha, along with 48 other volunteers, open the school doors every day, despite the ongoing crisis.

Schools lie at the heart of a society. Destroying them crushes the chance of Nigeria’s next generation succeeding.

The recognition of Zannah Mustapha’s brave work highlights the importance of education for the future of Nigeria.

Mustapha, in an interview with UNHCR, said:

This is the place where every child matters, no matter what religion, background or culture.

Our aim is make positive changes in their lives.

Your Better Self with Akanna: 6 Signs You Are Average