Harvey Weinstein expected to plead 'Not Guilty' on Rape Charges 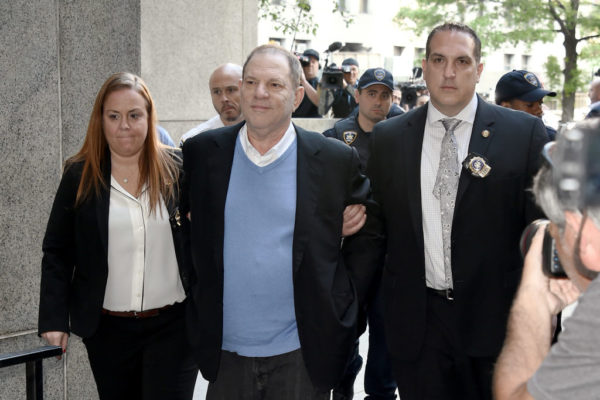 Harvey Weinstein arrives for arraignment at Manhattan Criminal Courthouse in handcuffs after being arrested and processed on charges of rape, committing a criminal sex act, sexual abuse and sexual misconduct in New York City. The former movie producer faces charges in connection with accusations made by aspiring actress Lucia Evans who has said that Weinstein forced her to perform oral sex on him in his Manhattan office in 2004. Weinstein (66) has been accused by dozens of other women of forcing them into sexual acts using both pressure and threats. The revelations of his behavior helped to spawn the global #MeToo movement. (Photo by Steven Ferdman/Getty Images)

Movie producer Harvey Weinstein is set to appear in court on Tuesday and plead ‘not guilty’ to the rape charges leveled against him.

CNN reports that the once beloved producer is currently free after posting his $1 million cash bail.

Harvey is being charged in New York on two counts of rape and one first-degree criminal sex act charge.

He had been accused of sexual assault, harassment, and misconduct by several women, including movie stars Lupita Nyong’o, Angelina Jolie, Gwyneth Paltrow, and Salma Hayek.