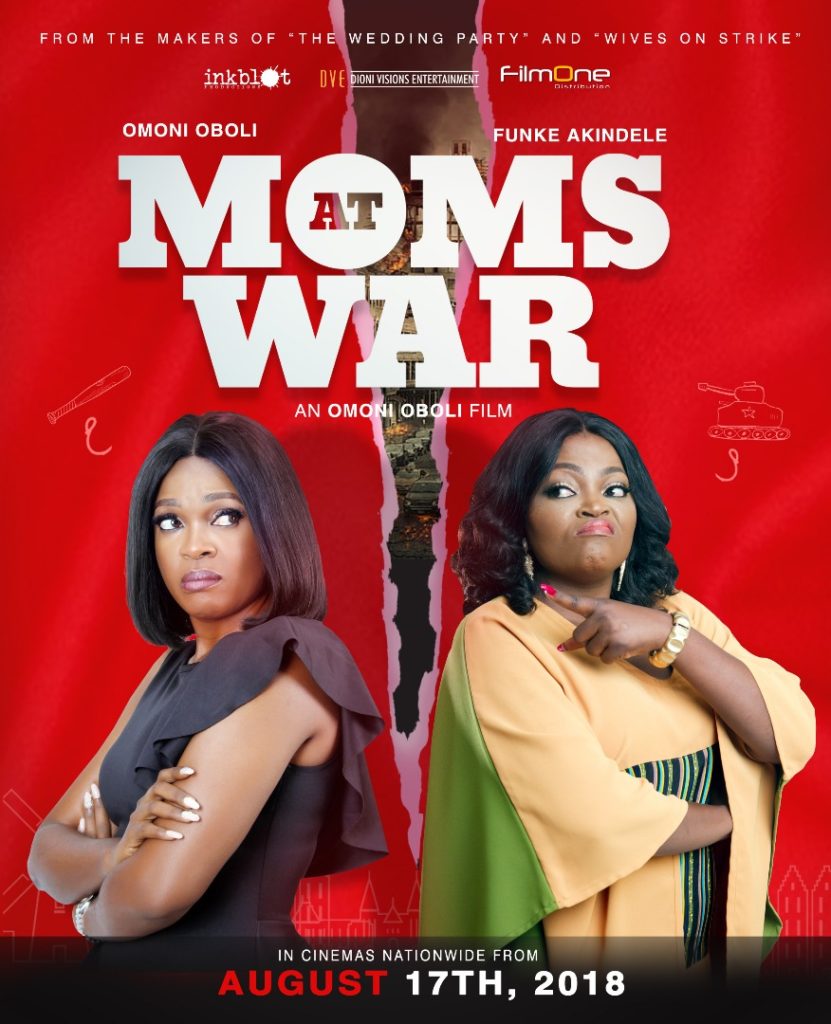 A couple of months ago BellaNaija Movies & TV brought you the scoop on Omoni Oboli‘s new production, a movie titled “Moms at War” (click here if you missed it) and in the past week the movie has been all everyone has been talking about.

Set to be released tomorrow, “Moms at War” is about two mothers who live in the same neighborhood, but hate each other. One felt that the other was a village girl who just got into money and is not fit to be in society with them. But both their kids coincidentally attend the same school and there was a competition that was done for the kids, and both were the top of their class. It comes down to one of them winning the competition and the mothers just go crazy, doing all sort of antics. It’s a story of friendship, sisterhood, and bonding in spite of everything.