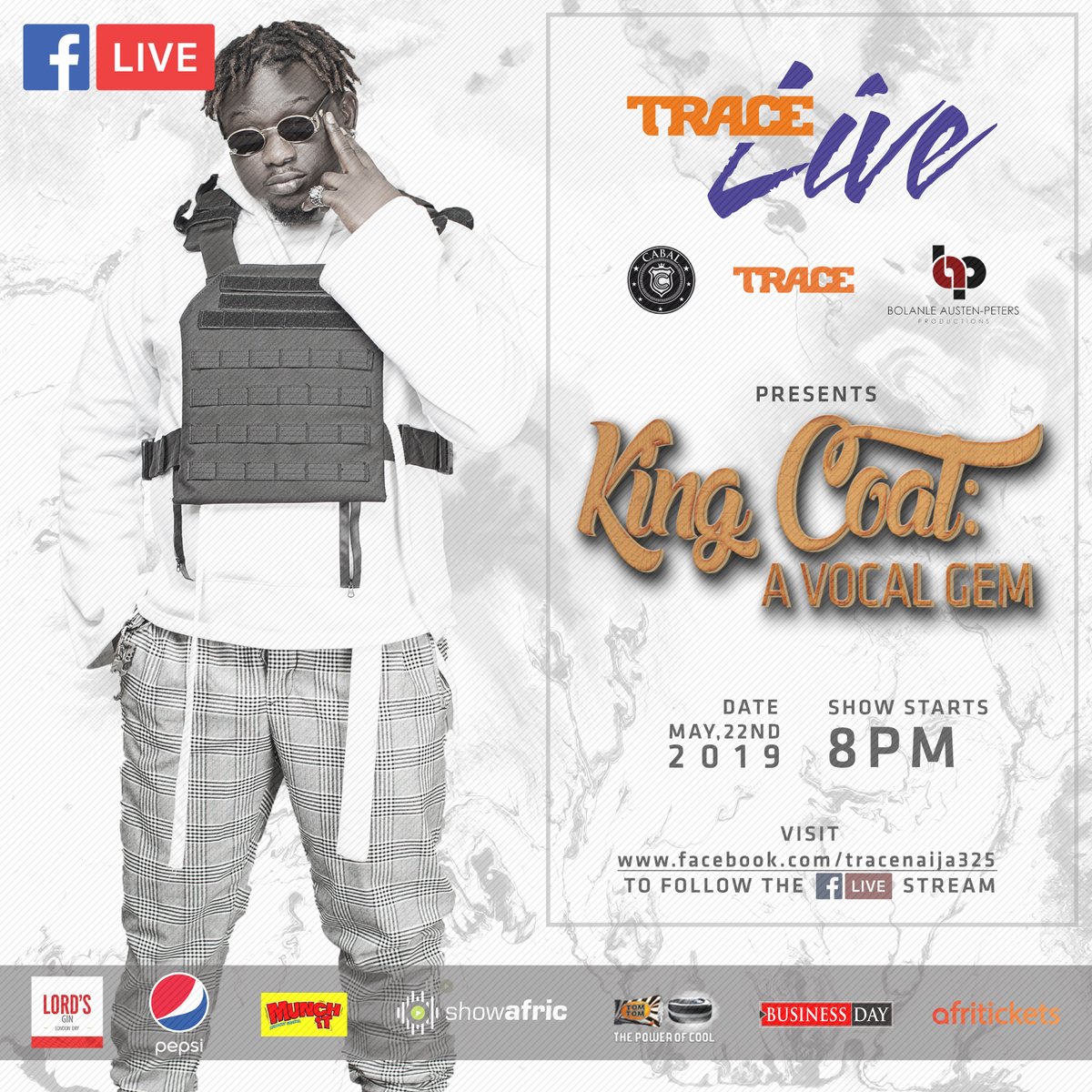 If there is one artiste that reigned since early 2000 of Nigerian music and is still relevant to the new school that would arguably be Wande Coal. Now, Lord’s Dry Gin, in collaboration with Trace Live, bring you King Coal, as he takes centre stage to bring another thrilling live musical performance on stage at Terra Kulture, on Wednesday, May 22nd, 2019.

The TRACE Live series, a live music experience with 5 successful editions under its belt. This month marks another installment in the Lord’s Dry Gin X Trace Live series.

According to the Brand Manager for the Lord’s Dry Gin brand, this event will be amongst the most highly anticipated as it promises an evening of exceptionally mixed cocktails, courtesy the Lord’s brand, social networking, glitz, glamour, and the epic sounds from King Coal.

Oluwatobi Ojosipe Wande, known to many as Wande Coal is a singer, vocalist, songwriter, dancer with multiple awards to his name from a career that has spanned 12 years and still counting. The singer’s professional career began in the year 2006 when he pushed through from the slums of Mushin to the studios of MO-Hits. Wande has collaborated with a good number of respected Nigerian artistes and bagged numerous awards.

After a brief hiatus to focus on other inspiring projects, Wande returned in 2016 with another hit single, ISKABA. The Black Diamond has continued to solidify his status quo as KING COAL, following up with other hits such as SOMISO, TURKEY NLA and a host of many others. Last year, KING COAL sold out several concerts around the world.